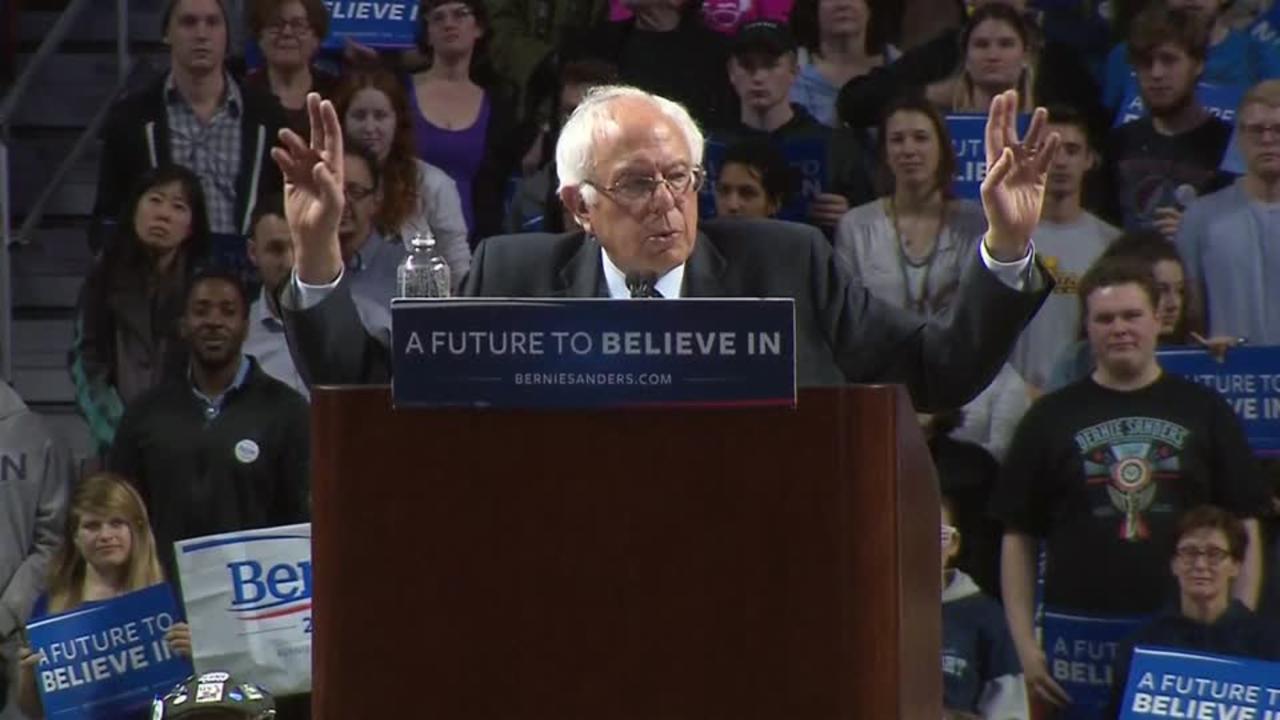 So far this year's Democratic primary contest has been relatively high-minded, especially compared to the Republican side, but over the past two days things have gotten nasty. The conflict began when Hillary Clinton implied Sanders wasn't a real Democrat and hadn't "done his homework" on his pet issue: breaking up big banks. Based on headlines, Sanders took Clinton's remarks to mean she'd said he wasn't qualified to be president, and he shot back that maybe she wasn't qualified, either.

Having successfully driven Sanders to a boiling point, Clinton then backed off, saying she'd take Sanders "over Donald Trump or Ted Cruz anytime." But the question remained: If Sanders thought Clinton so "unqualified," would he endorse her if she won the nomination in July?

The answer, it seems, is yes. During an interview with CBS on Thursday evening, Sanders assured anchor Charlie Rose that he "thinks the idea of a Donald Trump or a Ted Cruz presidency would be an unmitigated disaster for this country." He went on, "I will do everything in my power and work as hard as I can to make sure that that does not happen. And if Secretary Clinton is the nominee, I will certainly support her."

In other words, Sanders is still dedicated to maintaining party unity in the face of Republican challengers. However, he refused to walk back on his comments. When Rose asked Sanders if he believes Clinton is unqualified to be president, Sanders responded with a coy, "Well, does Secretary Clinton believe that I am unqualified to be president?" He conceded that she "has years of experience and "is extremely intelligent," but said, "we should not get into this tit for tat. We should be debating the issues facing the American people."

But a minute later, Sanders appeared to contradict himself:

Rose:People are saying the tenor of this campaign has changed, and it's sounding more and more like the Republican campaign.

Sanders: Let's not go that far.

Rose: But take a listen to this, this is what you've said. You said that, "Clinton should apologize for Iraq war deaths."

Sanders: This is after I was asked to apologize for the tragedy in Sandy Hook. You know, put these things into context.

Sanders: It is tit for tat. But I'm responding to attacks that are being made against me.

This sentiment echoes what Sanders said in Philadelphia earlier today. And although Sanders maintains the tone of the Democratic race is far from that of the Republican campaign, his response still rings of, "she started it."

More from Daily Intelligencer:
Clinton Extends an Olive Branch to Sanders After Campaign’s Nastiest Day
Bernie Sanders Says Hillary Clinton 'Not Qualified' to Be President
Why Clinton Shouldn’t Expect Sanders to Go Quietly, Even at the Convention