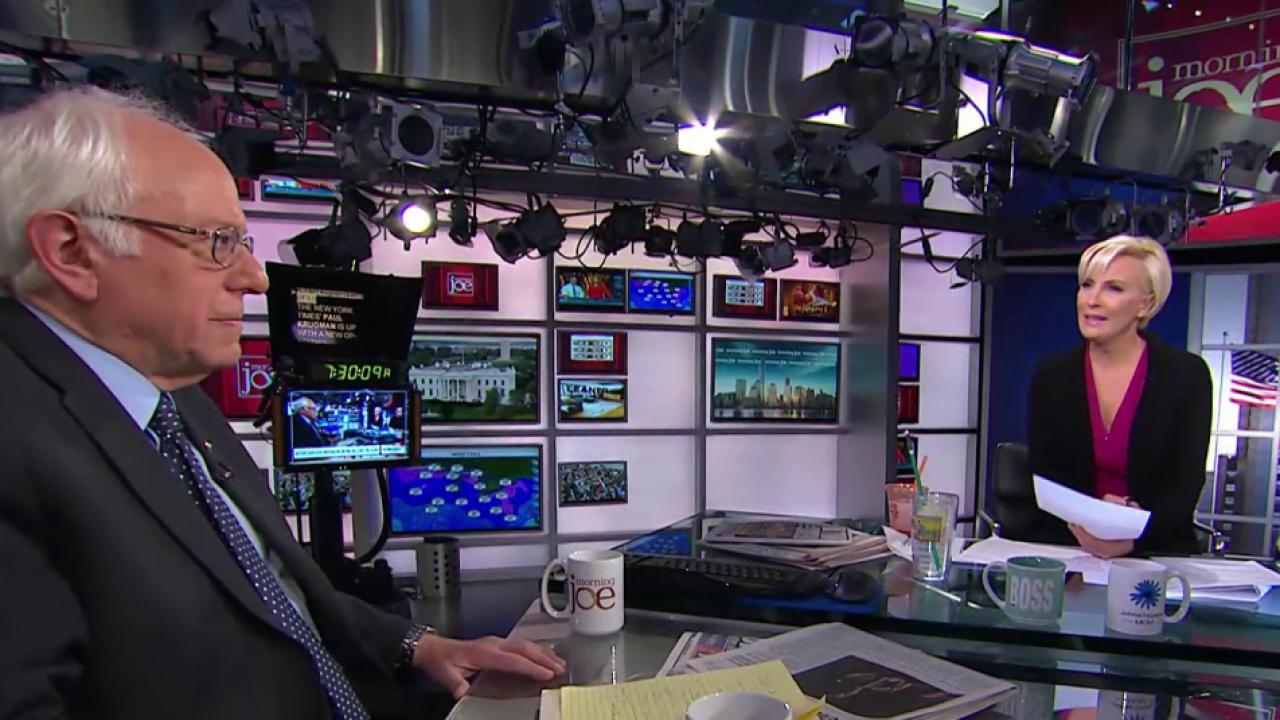 WASHINGTON, April 8 (Reuters) - Democratic candidate Bernie Sanders embraced a kindred spirit in the popular Pope Francis on Friday when he announced a visit to the Vatican next week, a move that could broaden his appeal before presidential contests this month.

Sanders accepted an invitation to Vatican City, where he will give an April 15 speech on how to create a moral economy, a favorite theme of the pontiff, who has chided the world's wealthy and political economic elite for being deaf to the poor.

"I am a big, big fan of the pope," Sanders, who would be the first Jewish U.S. president if elected, said in an interview on MSNBC. "He's trying to inject this sense of morality into how we do economics ... and we need that absolutely desperately."

Speaking to reporters in New York later, Sanders said he hoped to meet with the pope.

"The pope's schedule is determined by the Vatican but I would certainly be enthusiastic about that," he said. "... I think there is a possibility but that has not been scheduled."

Sanders, 74, the Brooklyn-born son of Polish-Jewish immigrants who calls himself both an independent and a socialist, has made tackling poverty a central issue of his campaign and amassed support, particularly from young people, to compete with front-runner rival Hillary Clinton.

Pope Francis, a 79-year-old Argentine also has been outspoken about helping the poor. Sanders said on Friday he admires the pope for criticizing the "worship of money, the greed that's out there."

"There are people who think that Bernie Sanders is radical," Sanders said on MSNBC. "Read what the pope is writing."

Francis' popularity with both Catholics and non-Catholics has given him an image of a grandfatherly priest who understands how difficult it sometimes is to follow Roman Catholic Church teachings.

He also has shown a willingness to evolve on key issues, on Friday calling for a church that was less strict and more compassionate toward "imperfect" Catholics.

The invitation comes at a crucial time for Sanders, who is desperate to expand his base of support ahead of nominating contests in states like Pennsylvania, which has a sizeable Catholic population.

The visit will come four days before the primary election in delegate-rich New York, a state both Sanders and Clinton view as home turf and hope to win.

Sanders announcement on the Vatican visit followed a week in which he and Clinton traded insults about each other's qualifications to be president. Both Democrats tried to paper over their differences in appearances Friday on NBC's "Today" show, making clear they thought the other was qualified to be in the White House.