Man climbs massive rock for proposal, gets stuck and subsequently airlifted down 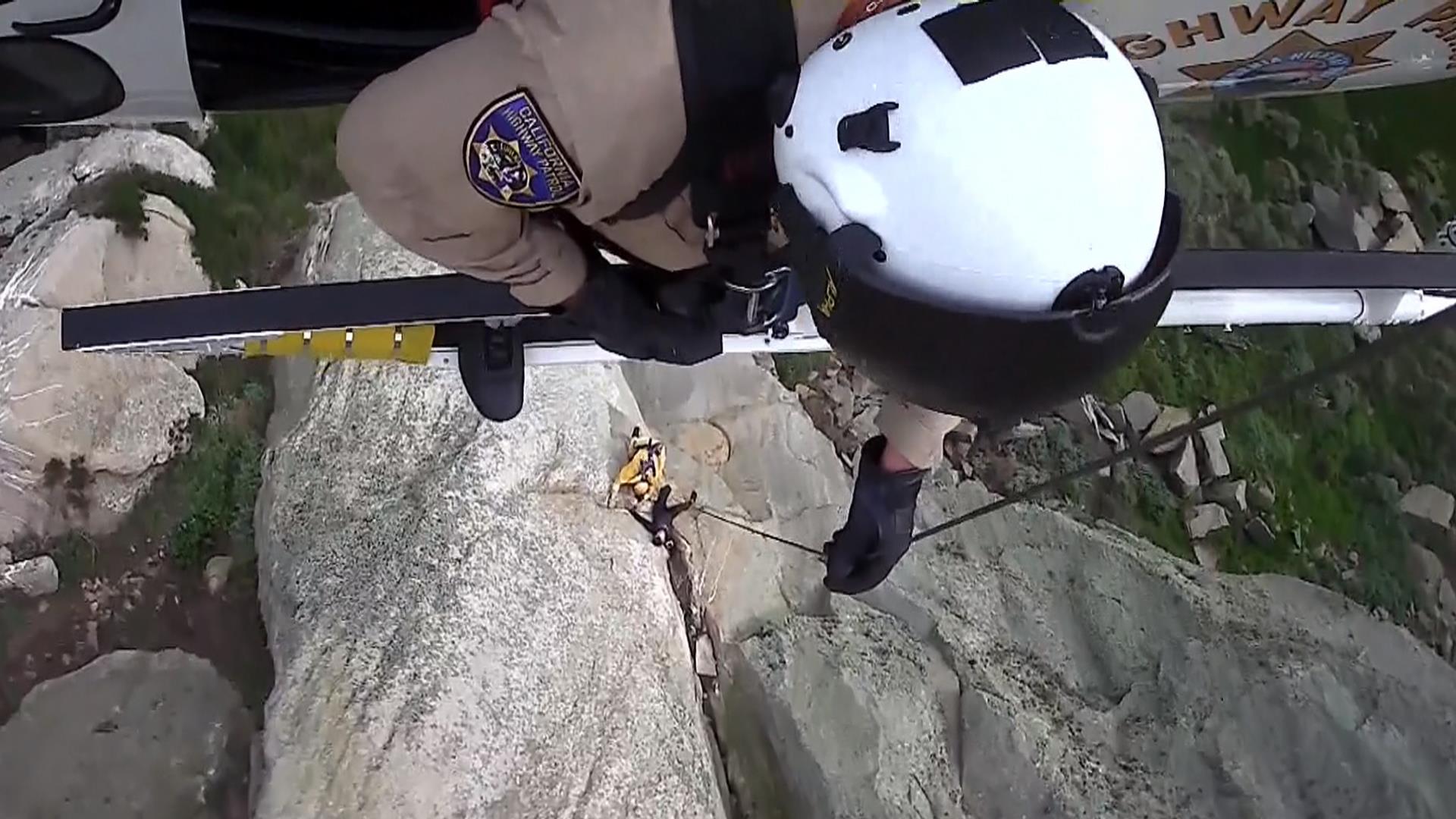 As far as over-the-top marriage proposals go, 27-year-old Michael Banks recently took his to a whole new level -- quite literally.

When thinking of a way to pop the question, Banks settled on FaceTiming his girlfriend from 600 feet in the air atop Morro Rock in California. Big mistake.

While on his descent, Banks managed to get himself into quite the predicament when he took a different route down than the one he used to come up. "[Banks] took a different trail down, much steeper," his rescuer told Associated Press. "He couldn't go any direction, on a sheer ledge, with his feet dangling 80 feet off the ground."

After he was spotted struggling, the Morro Bay Fire Department in conjunction with the California Highway Patrol came to his rescue via helicopter.

Morro Bay Fire Department Capt. Todd Gailey, said he "descended by cable to hoist Banks from the narrow ledge, with the rotors spinning near the cliff and ocean spray battering both men."

The good news? Banks made out without any injuries and his girlfriend said yes. The bad news? He was stuck with the bill for the helicopter rescue and received a misdemeanor citation for trespassing.

The moral of the story? Extreme marriage proposals, while good in theory, might not be the best way to kick off a solid union.

UPDATE: In a bizarre turn of events, it appears as though Banks returned to the rock just a few hours after he was rescued, appearing to be high on meth. According to Associated Press, "He was arrested on suspicion of possessing methamphetamine."

More from AOL.com:
Dolly Parton's tour bus has an entire section for outfits and wigs
This $16B start-up just launched a communal living endeavor on Wall Street
The craziest moments from NYC's International Pillow Fight Day