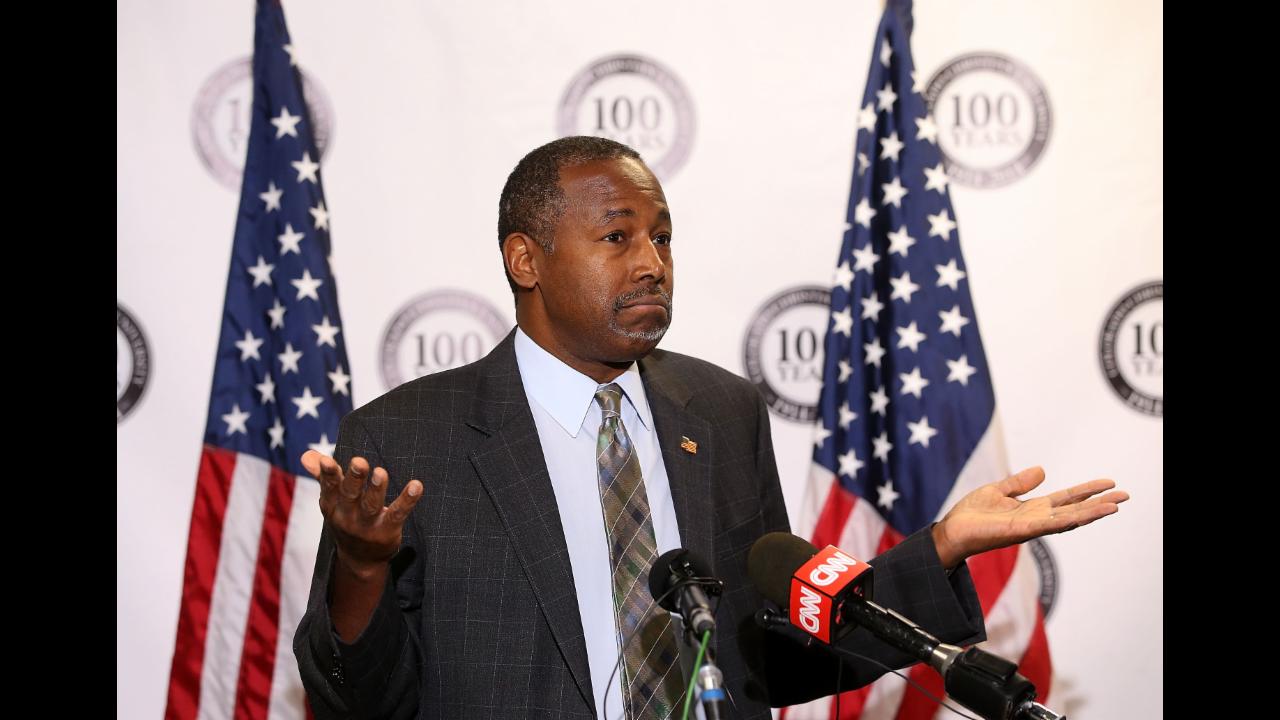 During an interview with CNN Thursday, Ben Carson suggested one of the anchors might have a criminal background while trying to defend Donald Trump's embattled campaign manager.

"You've probably been charged with something too, maybe with a misdemeanor or something. It doesn't mean that you're an evil, horrible person," Carson told CNN anchor John Berman.

"I actually haven't, as far as I know," Berman replied.

1. He is a weekly opinion columnist for The Washington Times.

(Photo by: William B. Plowman/NBC/NBC NewsWire via Getty Images)

2. He is a member of the Seventh-day Adventist Church, and his father was a minister.

10. He and his wife started a scholarship fund called "Carson scholars fund" in 1994 which has so far awarded 6,700 scholarships to kids for "academic excellence and humanitarian qualities."

(Photo by Louis Myrie/WireImage via Getty)

As you probably already know, Lewandowski was charged with misdemeanor battery on March 29 for grabbing a reporter.

Berman noted a lot of people think that incident is a reason to "demonize" him. And that's when Carson suggested perhaps Berman had legal problems of his own.

Berman posted a clip of the odd comment on his Twitter page after the interview along with the caption, "Then there was the time Ben Carson suggested I committed a crime...on TV."

For his part, Carson has yet to comment on his remarks. He has been endorsing Trump's campaign since early March after he withdrew from the GOP presidential race.

More from AOL.com:
Rudy Giuliani says he's going to vote for Donald Trump
John Kasich: Here are 5 ways Donald Trump proved he shouldn't be president in the past 24 hours
Donald Trump defends campaign manager accused of manhandling a protester: 'I give him credit for having spirit'