The best cities for college grads 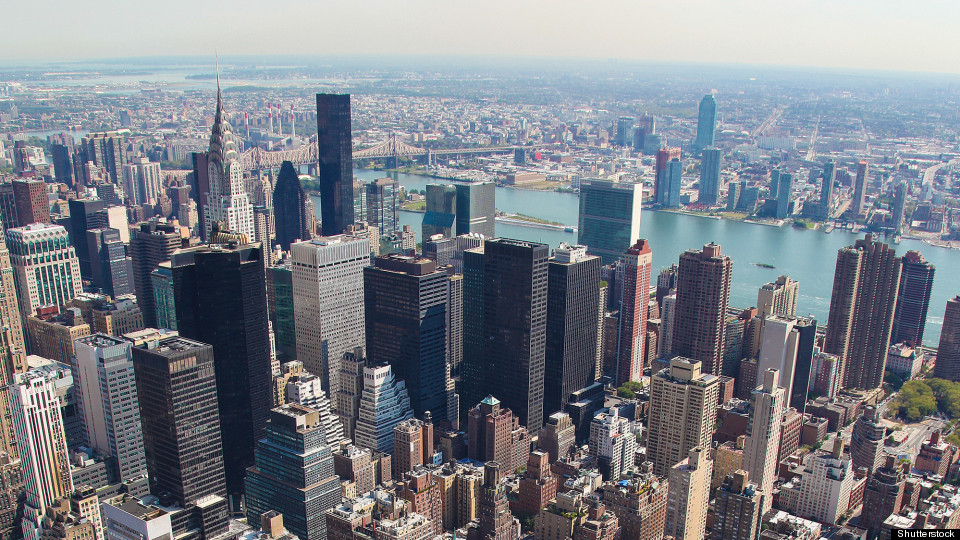 It's that time of year when college seniors are focusing on what's next: their next job, their next apartment, their next city.

We looked at the 25 cities that have added the most jobs over the past year, based on data from the Bureau of Labor Statistics comparing job numbers from January 2015 through January 2016. From there, we looked at the cost of living, or average monthly cost of a one-bedroom apartment, according to ApartmentList. We also considered the quality of life in each city, or "walkability," as determined by the apartment search service Walk Score to determine our final rankings.

Using these three qualifiers, we came up with a list of the 15 cities that are the best for college graduates to call home. You may be surprised that these 15 locales aren't just big names with preposterously high rents — and there's a reason for that. By sheer job growth, New York and San Francisco are at the top of the list, but when you factor in affordability, they fall short.

Whether you're moving to a new city and getting your first apartment or it's your third one since you started school, you know how important your credit score is in securing a place to live. You'll typically see better rates and deals based on a stronger credit score. To learn more about yours, check out your two free credit scores, updated monthly, on Credit.com. And if working to improve your credit score is one of your post-graduation goals, pull your free annual credit reports and check for errors that may be holding you back. And consider getting a student credit card now while you're still eligible for some good deals.

Check these places out and see if any may be right for you. (And, as you head out on your next adventure, check out this credit guide for college graduates to help make sure you're as prepared for life in the "real world" as possible.)

Monthly rent for a one-bedroom apartment: $1,750

When Miami's news headlines aren't being dominated by Dolphins football, the sultry city keeps things cool with avant-garde art and a little Latin flavor. Though not the most walkable city on our list, Miami added a slew of jobs in 2015, and the average monthly rent for a one-bedroom apartment remains somewhat doable.

Monthly rent for a one-bedroom apartment: $1,600

L.A.'s more laid-back neighbor may not be as cosmopolitan as New York or as affordable as San Antonio, but its quality of life rivals both. San Diego ranked high on Walk Score's list, as it offers outdoor activities year-round. Sadly, its average monthly rent is only $300 or so cheaper than L.A.'s — not exactly a bargain.

Monthly rent for a one-bedroom apartment: $950

You don't have to be a kid or tween to love the Disney capital of the world. The city recently welcomed a chic Four Seasons hotel as well as a Highball & Harvest, a hip restaurant whose produce is grown on the property. An ever-growing network of bike paths and solid rent prices — here, a one-bedroom apartment costs $950 — make Orlando a standout.

Monthly rent for a one-bedroom apartment: $3,500

San Francisco is like a playground for intellectually curious grads, from the legendary City Lights Bookstore to its dynamic Chinatown. Thanks to Silicon Valley, San Fran keeps adding jobs, though it's arguable the tech titan's presence has pushed the cost of rent up even higher. You may want to enlist a roommate or two to split that rent check.

Monthly rent for a one-bedroom apartment: $740

Snowboarders will love San Bernardino's proximity to Big Bear Lake. The 748-acre Bear Mountain touts rails, boxes, walls and pipes and then during the summer it transforms into a center for biking, hiking and golf. Though its job market pales in comparison to San Francisco's, San Bernardino remains one of the most walkable — and affordable — cities on our list.

Monthly rent for a one-bedroom apartment: $1,200

The sprawling capital of Texas isn't all about barbecue and live music (although there's plenty of both) — it's an oasis of independent thinking in a sometimes conservative state. Despite the presence of international companies like Dell and Whole Foods, Austin hasn't added as many jobs as other cities on our list, but its semi-affordable rent and idealistic vibe tip the scales in its favor.

Monthly rent for a one-bedroom apartment: $1,300

From The Living Walls, an ongoing series of street-art pieces, to Westside Provisions District, an outdoor retail space with intriguing boutiques and eateries, Atlanta is a great city to explore. And despite its reliance on cars for getting around, Atlanta's jobs market is growing at a rapid clip, all while keeping rent affordable.

Monthly rent for a one-bedroom apartment: $820

Like most cities in Texas, San Antonio offers a low cost of living and an outdoorsy lifestyle almost year-round. Its fledgling Pearl District, once home to the expansive Pearl Brewery, was turned into a hip neighborhood with intimate restaurants and some fun rooftop hangouts. Here's hoping the quality lifestyle lures more employers to the city.

Monthly rent for a one-bedroom apartment: $800

Jobs aren't stampeding Jacksonville, but its cost of living can't be beat. There's also its proximity to all those sandy beaches, and the type of weather the Mid-Atlantic could only hope for that make it an even more appealing locale. It may not be the sexiest Florida city around, but its college town charm and laid-back lifestyle could win you over.

Monthly rent for a one-bedroom apartment: $620

This comeback-kid city is finding its edge, thanks to the Eastern Market neighborhood, one of the oldest outdoor food emporiums in the country. Every Saturday, butchers, bakers, food trucks and farmers join the mom-and-pop shops in the main arcades, creating a vibrant homegrown foodie destination. Rent is as inexpensive as can be, but the job market hasn't rebounded as much as hoped.

Want to check out the top five? Read the full list of the best cities for college grads on Credit.com!

More from Credit.com:
Is It Really Cheaper to Use a Travel Site?
The Real Reason Wal-Mart & Starbucks Want You to Get Their Rewards Debit Cards
Do I Need a Chip & PIN Credit Card When I'm Abroad?​

The best cities for college grads