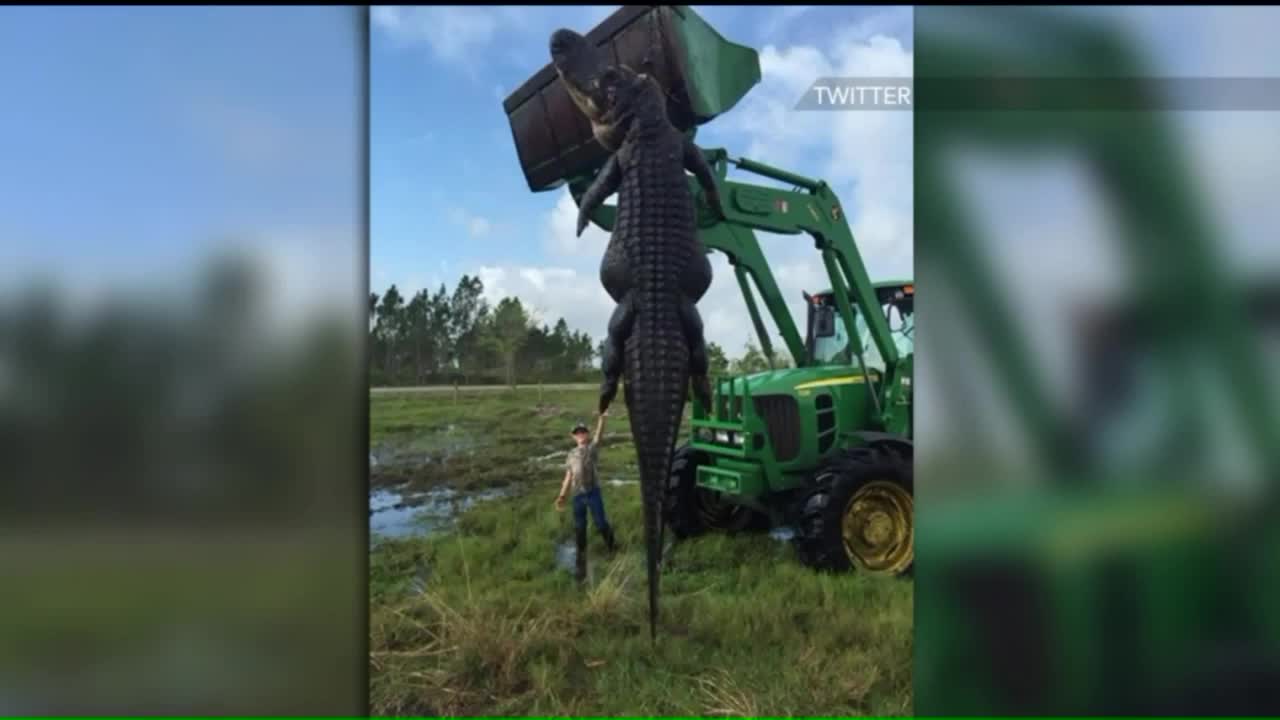 OKEECHOBEE, Fla. (WPIX) -- Two hunters tracked down and killed a 15-foot alligator who was likely snacking on cattle.

The 800-pound monster gator was shot at Outwest Farms, an alligator hunting company in Florida.

Lee Lightsey, who owns the farm, and Blake Godwin, a hunting guide, discovered the alligator in a cattle pond during a guided hunt on April 2.

Reactions to the killing of the alligator:

Florida hunters kill massive 15-foot alligator that was snacking on cows
@nycjim why kill him? Why? He probably was an old old guy. #fnghatepeople
@BN9 Jesus why is it dead why are we killing and posing for pictures like its an award damn our society sucks !!!!!
@BN9 Holy Moly!! He's a big'n!! Maybe he was munchin' on pythons! ;-)
@Karnythia @wtsp10news wtf Florida they probably have some pterodactyls there too
@ABC yeah.. Between that f'in dinosaur, the snakes, the spiders, the hurricanes.. Y'all can have florida.. I'll shovel some snow forever!!!
@ABC ugh so they kill it..
@ABC everyone's mad they killed it or whatever lol but they'll ask why they didn't kill it once it grabs a kid
@BBCWorld so it was eating cows! They should have had a better solution other than killing it
@BBCWorld the gator population in Florida & the Gulf Coast is out of control. Many more like this out there.
Up Next

Lightsey and Godwin said the gator had been eating their cattle.

"We also discovered the remains [of] what we determined to be cattle in the water. We determined that he was in fact attacking our livestock as they came to drink," Godwin told WOFL.

A farm tractor was used to pull the gator from the pond.

"Lee Lightsey and I had the pleasure of doing a guided gator hunt this morning and killed the largest gator we have ever killed in the wild!! He measured out at just under 15 foot!! Congratulations to Chris and Derek on their monster!!!"

If you need to cleanse your palate, click below for pictures of cute exotic animals: