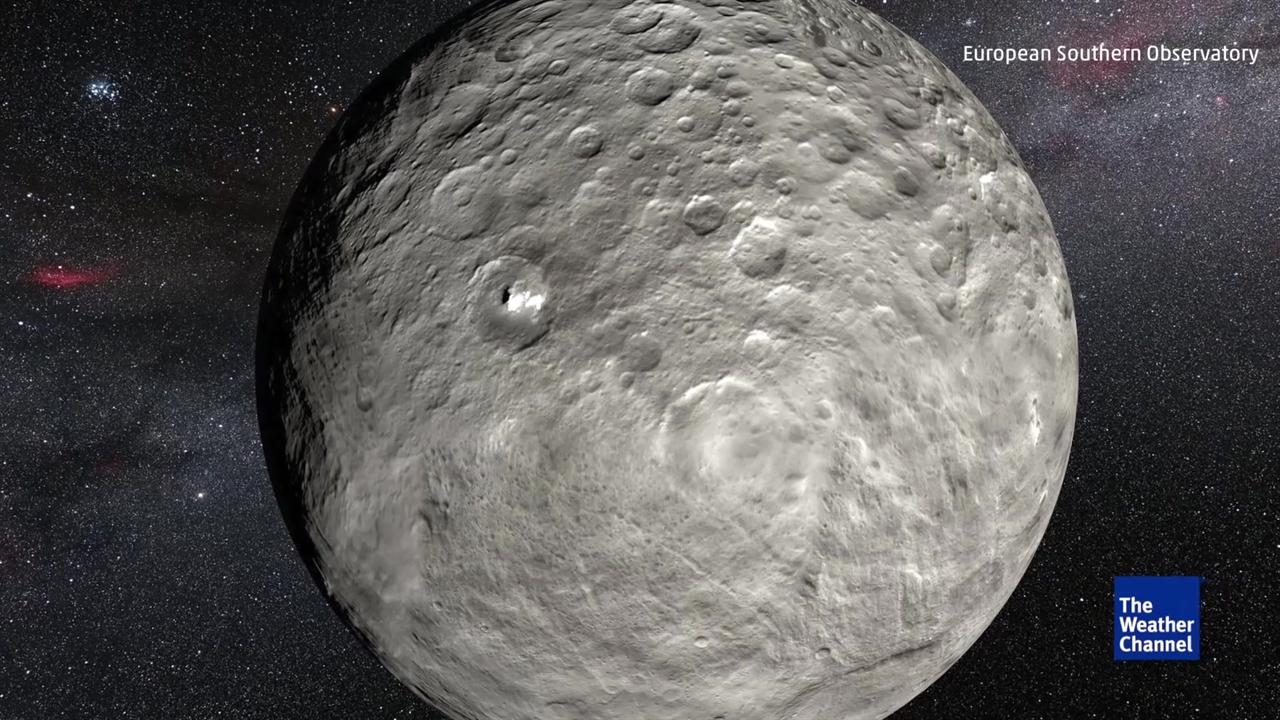 Is there life out there? You can add dwarf planet Ceres to the list of planets and moons in our own solar system backyard that might be harboring some.

Scientists have detected ice on the planet's surface, which could mean Ceres is hiding an ocean below its frozen crust.

When NASA's Dawn spacecraft was first approaching Ceres, a rocky planet that sits in the asteroid belt between Jupiter and Mars, it saw plumes of water vapor rising from the surface.

"If we have water in liquid form, could we have life?" planetary scientist Timothy Titus told Scientific American. "It's one of the more exciting things with these plumes, that they could be a potential exobiology target."

But after the probe finally arrived at Ceres in spring 2015, we didn't see any more plumes. It looked like the planet may not hold water after all.

NASA's Dawn Spacecraft took this image of Gaue crater, the large crater on the bottom, on Ceres. Gaue is a Germanic goddess to whom offerings are made in harvesting rye.

This morning, our @NASA_Dawn mission arrives at the dwarf planet #Ceres: http://t.co/49tIUjqOj2 http://t.co/bFHlRte7Nj
Dawn robotic spacecraft next to Ceres and Vesta, members of the asteroid belt, to study them in space. - Elements of this image furnished by NASA
Up Next

But now scientists have just spotted evidence of water ice inside Ceres' Oxo crater. They announced the discovery at the Lunar and Planetary Science Conference.

The ice deposit is younger than the 8 million-year-old crater, so whatever smashed into Ceres and formed the crater didn't bring the ice with it. One explanation is that a landslide exposed pieces of an ice sheet.

The discovery is exciting because the presence of an ice sheet could mean Ceres has a giant, sub-surface ocean of liquid water like Europa or Enceladus. And where there's water, there might be life.

Scientists will collect more data to determine if Ceres is frozen solid, or if an ocean is churning beneath an icy shell.

More from Mic.com:
How Did We Miss This Enormous, Jupiter-Like Gas Planet and It's the Size of 3 Damn Suns?
Do Aliens Exist? Here's What Scientists Say About Life on Other Planets
Florida's New Mars Exhibit Will Let You Travel to the Red Planet With Microsoft's HoloLens