When a man uploaded a photo from a GoPro his son found at the beach, he never could've guessed this outcome 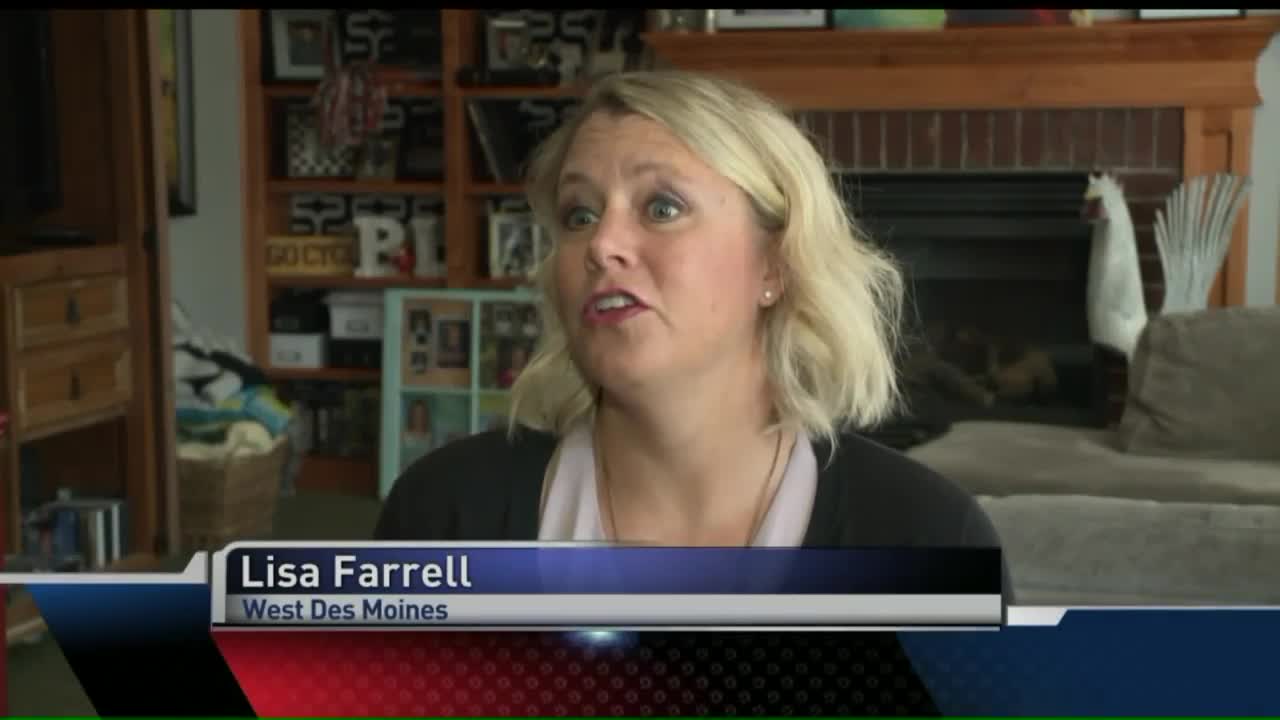 When Mitchell Wren's son Will found a GoPro camera at a Florida beach off the Gulf of Mexico, his first instinct was to try and find the owner.

Since the camera was devoid of any sort of markings, he did the next best thing: He uploaded the last photo taken on the camera to Facebook, and left fate in the hands of the Internet.

"My son and I found a camera that washed up on the beach in the Indian Rocks Beach FL," he captioned the photo. "It looks like from the photos they are from Iowa. This photos looks like it was taken at a Basketball game at Iowa State."

The owners have been found. My son and I found a camera that washed up on the beach in the Indian Rocks Beach FL. It...

Also vacationing in the Gulf of Mexico at that time was the Farrell family.

"It was the first day. The girls were out in the water. I think they'd been out there maybe ten minutes," said Lisa Farrell.

Her daughter, Molly, had taken the family's new GoPro camera out into some rough water.

"I just hit a big wave, and I didn't have the strap on and so I just kind of dropped it. The first thought that went through my head was, 'I'm going to be in so much trouble,'" the high school senior told WHO.

She and her friends looked for the camera, but it was gone.

Unbeknownst to Wren at the time, the photo he posted to his Facebook was actually of Lisa and her husband at an Iowa State basketball game -- it was the same GoPro Molly had dropped into the Gulf.

After five days and over 800 "likes" and "shares," someone actually made the connection.

A friend of Lisa's texted her after seeing Wren's photo and recognizing her and her husband.

"She said, 'Your GoPro has been found.' I was sitting here, and I looked at my phone and I was like, what?" Lisa Farrell, GoPro Owner

"No way that happened. What are the odds of that happening," said Molly Farrell.

To make things even better? It turns out that the family that found their camera lives in Moline, Illinois, right on Iowa's border.

Right now, the GoPro is reportedly en route to Iowa, thanks to the kindness of strangers who went the extra mile.

Related: Take a look at some ways to use GoPro cameras:

11 PHOTOS
Things to do with a GoPro, people using GoPros
See Gallery

When a man uploaded a photo from a GoPro his son found at the beach, he never could've guessed this outcome
PROVIDENCE, RI - MARCH 19: Sebastian the Ibis, the mascot of the Miami Hurricanes, takes a selfie with a GoPro camera during their game against the Wichita State Shockers during the second round of the 2016 NCAA Men's Basketball Tournament at Dunkin' Donuts Center on March 19, 2016 in Providence, Rhode Island. (Photo by Lance King/Getty Images)
DENVER, CO - FEBRUARY 26: Peter Forsberg #21 of the Colorado Avalanche wears a GoPro helmet mounted camera during warm up prior to facing the Detroit Red Wings during the 2016 Coors Light Stadium Series Alumni Game at Coors Field on February 26, 2016 in Denver, Colorado. The Avalanche defeated the Red Wings 5-2. (Photo by Doug Pensinger/Getty Images)
A Gentoo pinguin bites a gopro camera in Orne Harbour, Antarctic, on March 05, 2016. The Antarctic tourism industry is generally considered to have begun in the late 1950s when Chile and Argentina took more than 500 fare-paying passengers to the South Shetland Islands aboard a naval transportation ship. The concept of 'expedition cruising,' coupled with education as a major theme, began when Lars-Eric Lindblad led the first traveler's expedition to Antarctica in 1966. Prior to this, human activity in Antarctica was limited to the early explorers, those seeking fortune in the exploitation of seals and whales, and more recently to scientific research and exploration. Antarctica's physical isolation, extreme climate and remarkable wilderness values are a great part of its attraction for tourism. AFP PHOTO/EITAN ABRAMOVICH / AFP / EITAN ABRAMOVICH (Photo credit should read EITAN ABRAMOVICH/AFP/Getty Images)
Trainer Victor Valdivia trains a vulture for the "Vultures Detect" programme at Huachipa Zoo in Lima, January 19, 2016. Residents of Lima would be wise to follow the proper guidelines when taking out their trash. Vultures are being equipped with GPS tracking devices and GoPro cameras to help environment officials crack down on illegal waste dumps surrounding the Peruvian capital. REUTERS/Mariana Bazo
Seattle Seahawks wide receiver Golden Tate adjusts his hat fitted with a GoPro camera as he is interviewed during Media Day for Super Bowl XLVIII at the Prudential Center in Newark, New Jersey January 28, 2014. The Seahawks will go to the gridiron for their Super Bowl showdown against the Denver Broncos on February 2. REUTERS/Carlo Allegri (UNITED STATES - Tags: BUSINESS SPORT FOOTBALL)
A GoPro camera is seen on a skier's helmet as he rides down the slopes in the ski resort of Meribel, French Alps, January 7, 2014. REUTERS/Emmanuel Foudrot/File Photo GLOBAL BUSINESS WEEK AHEAD PACKAGE - SEARCH 'BUSINESS WEEK AHEAD 31 OCT' FOR ALL IMAGES
A GoPro device featuring 16 cameras, to be used with Google's "Jump," to provide viewers with 360-degree video, is shown during the Google I/O developers conference in San Francisco, California May 28, 2015. REUTERS/Robert Galbraith
Martyn Rooney of Britain holds a GoPro camera in his mouth after finishing third in the men's 4 x 400 metres relay final at the 15th IAAF Championships at the National Stadium in Beijing, China August 30, 2015. REUTERS/Dylan Martinez
Darren Berreclota (R) pilots a GoPro Karma drone during a press event in Olympic Valley, California on September 19, 2016. / AFP / JOSH EDELSON (Photo credit should read JOSH EDELSON/AFP/Getty Images)
A chest mount is used to test out a new GoPro HERO5 Black during a press event in Olympic Valley, California on September 19, 2016. / AFP / JOSH EDELSON (Photo credit should read JOSH EDELSON/AFP/Getty Images)
Elena Hight shoots a bow and arrow with a GoPro HERO5 Black strapped to her head during a media event in Olympic Valley, California on September 19, 2016. / AFP / JOSH EDELSON (Photo credit should read JOSH EDELSON/AFP/Getty Images)
Up Next

More from AOL.com:
We're not sure how this bizarrely designed house in Washington is even standing
Stop complaining about your tiny apartment, this guy lives in a literal box
These kids were heartbroken after learning they were going to Disney for basically the cutest reason ever