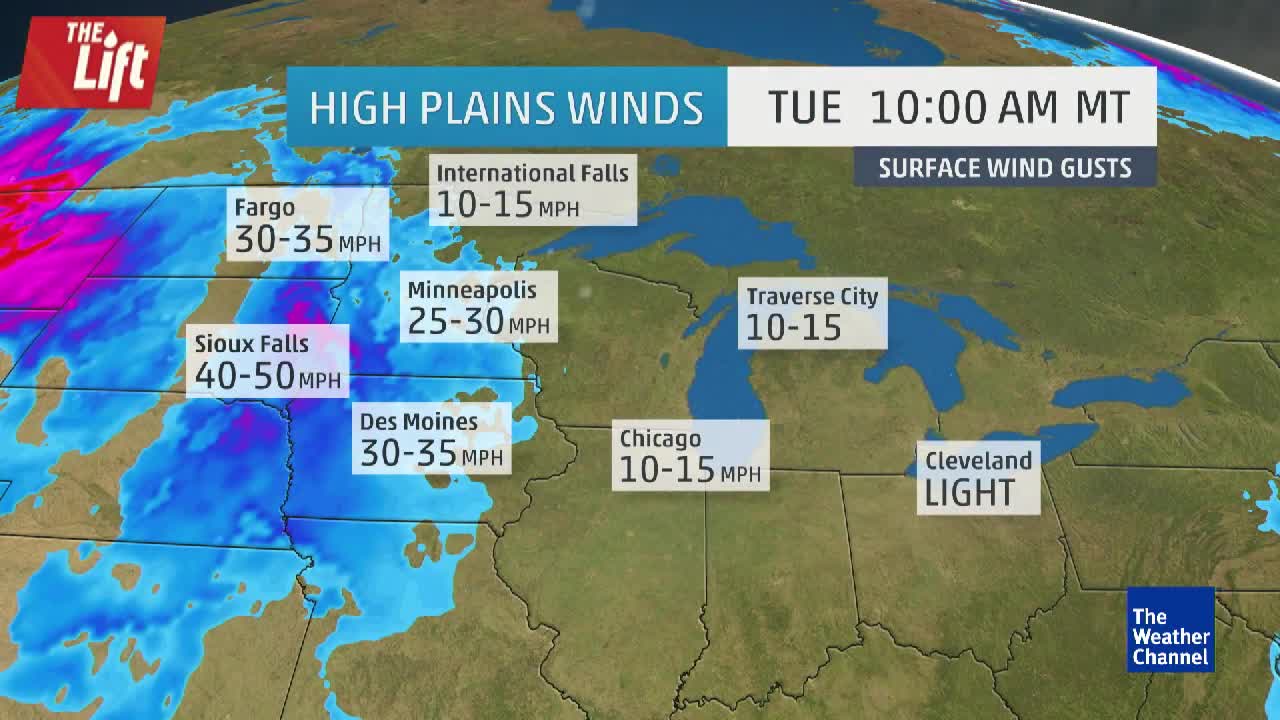 Another round of April snow will blanket the Great Lakes and Northeast while strong winds lead to high fire danger in parts of the Plains the next few days.

With a southward dip in the jet stream dominating eastern North America, waves of cold air from Canada will continue to surge into the eastern states. The air has been cold enough to deposit snow in the Midwest and Northeast since last weekend, including Winter Storm Ursula Monday.

Now we are turning our attention to another low pressure system that will bring even more snow, along with strong winds. Additional bouts of April snow are possible through this weekend after that system passes through.

Here are the forecast details on the snow and wind into this weekend.

The next strong area of low pressure will bring snow to locations mainly near the Canadian border Tuesday into early Thursday. Strong winds will also accompany this system. Here is a rundown of the snow and wind impacts.

More Rounds of Snow Ahead?

Disturbances rotating through the southward dip in the jet stream across the East will have just enough moisture to produce additional bouts of snow into this weekend. Gusty winds will accompany these fast-moving systems, as well.

Parts of the upper Mississippi Valley, Great Lakes, Ohio Valley, Appalachians and Northeast could all see snow at times in the days ahead. That said, any potential accumulations should be light in most areas.

We are also watching for the potential of a low pressure system tracking inland or off the Northeast coast this weekend. If a significant slug of moisture from that low overlaps with the cold air, then we could see a more concentrated area of accumulating snow in some areas. For now, this seems most possible for parts of eastern New England, particularly the state of Maine.

Here are forecast maps showing where we could see snow from Thursday through Sunday.