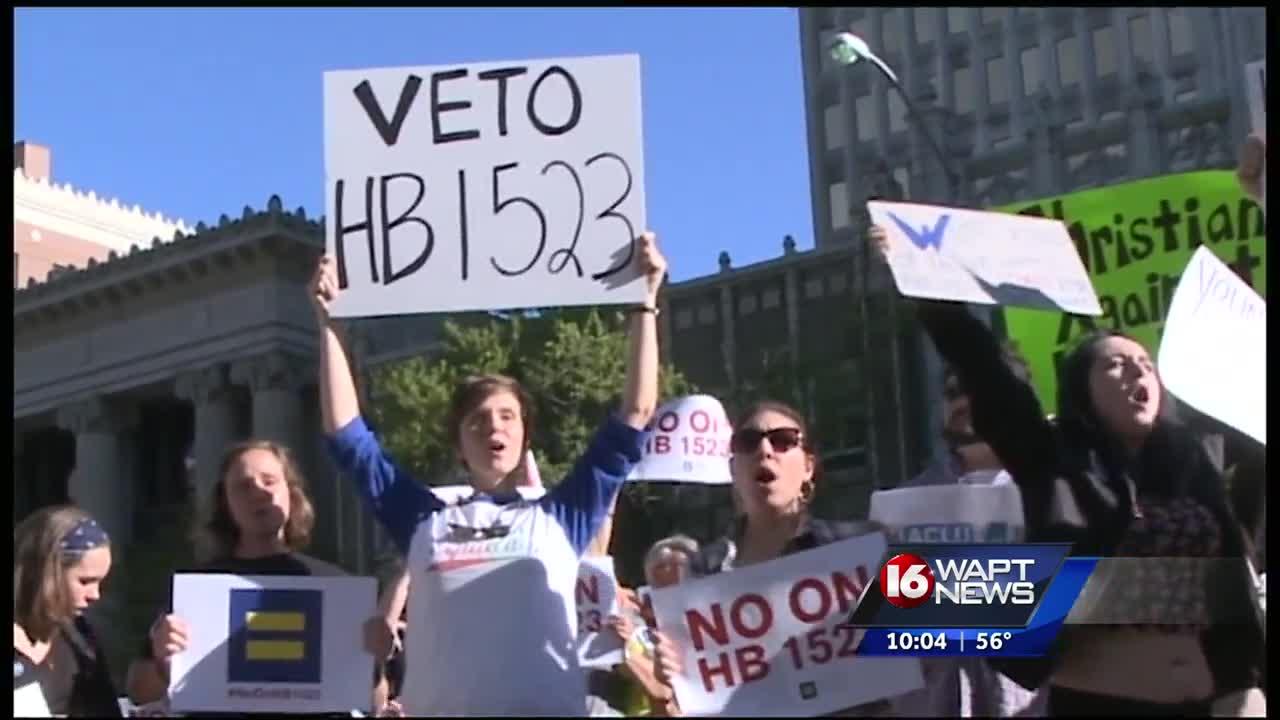 The far-reaching law allows people with religious objections to deny wedding services to same-sex couples. It also clears the way for employers to cite religion in determining workplace policies on dress code, grooming and bathroom and locker access.

Bryant, a Republican, said in a statement that he signed the law "to protect sincerely held religious beliefs and moral convictions of individuals, organizations and private associations from discriminatory action by state government."

The American Civil Liberties Union (ACLU) criticized the Mississippi law, which it said is set to take effect in July.

"This is a sad day for the state of Mississippi and for the thousands of Mississippians who can now be turned away from businesses, refused marriage licenses, or denied housing, essential services and needed care based on who they are," said Jennifer Riley-Collins, executive director of the ACLU of Mississippi.