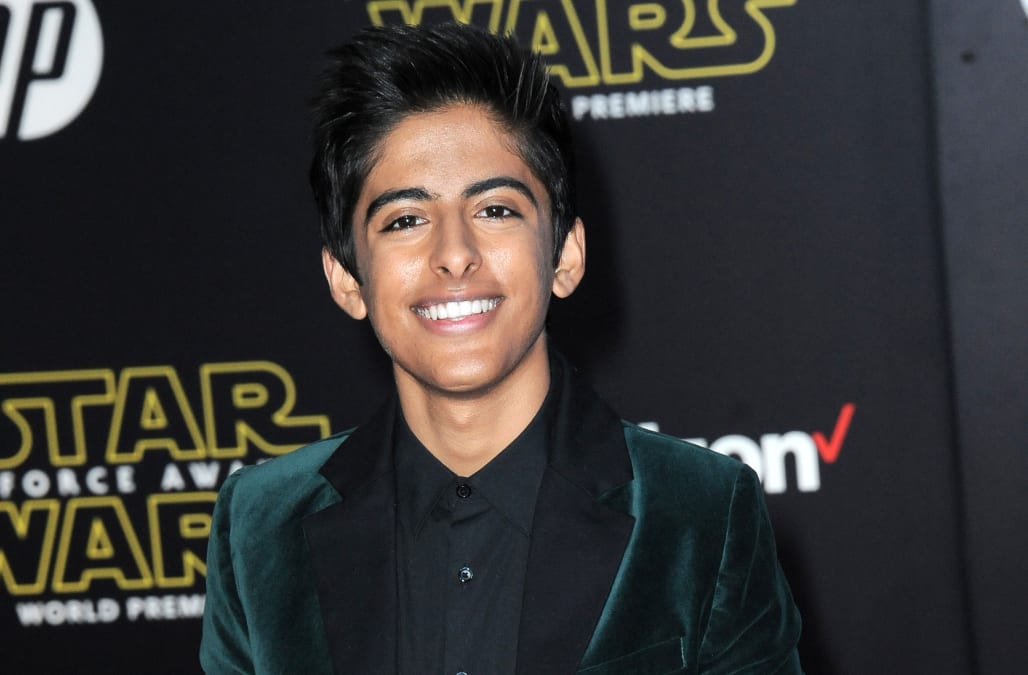 Karan Brar may look like an ordinary teenager, but the the 17-year-old California transplant is slowly, but surely, changing the face of the Disney Channel for good. That's because Brar now holds the title of the first Indian American actor to ever become a series regular on the station. It's a huge feat in terms of diversity for Disney and Brar knows that the pressure is on. But we think that if anyone can handle it, without a doubt it's him.

Brar's love of acting all started with a little nudge from his father, a man whose own pursuits led him to fall for theater while in college. What started out as an after school hobby soon turned into a full-time job; "I took my first acting class and things really just escalated from there." Brar has since racked up an impressive television and film resume, including starring roles in three different installations of "Diary of a Wimpy Kid" with each performance earning him three different Young Artist Award titles, along with fan-favorite performances in Disney original series "Jessie" and "Bunk'd." After meeting Brar in person at our New York City offices, one thing was made very clear: he shows no signs of slowing down.

Whether it's interacting with his almost 6 million social media followers, performing his groundbreaking role of Ravi Ross in "Bunk'd", or collaborating with huge stars like Lilly Singh, Brar has established himself as one of the biggest influencers of his generation.

We had the exclusive chance to sit down with the rising star and ask him about diversity in Disney, how he's juggled being a normal teenager with his acting career, and more.

And if you want even more Karan Brar news, head over to AOL.com at 12 p.m. ET to see more exclusive features, including his YouTube feature with Lilly Singh.

When did you first become interested in acting?
It's a long and weird story. So my parents are immigrants and they gave up everything they had to raise me here. My dad ended up in LA to be a taxi driver for a bit and then moved to Seattle and he and my mom raised me and my sister there. Traditionally, we were expected to be doctors or engineers. And while I was growing up, my parents kept asking me to get into sports. All of my friends were jocks so I wanted to do baseball or basketball or whatever it was. But I was not good at any of those sports. So my dad approached me and said, "I did theater in college, maybe you should try it." I took my first acting class and things just really escalated from there. Things slowly started piling on. I never thought about it as, "I want to be in movies. I want to be huge!" It just kept growing until the point where I realized that slowly it was turning into a career. Then one day I was like, "Okay, so we're moving out to LA!" It's been a weird rollercoaster because my parents set up in Seattle and I booked a Disney show so we all had to up and move.

How have you balanced being a normal teenager with being an actor?
It's very interesting because you grow up really fast in this industry. And you're working in an adult environment -- not that people are rough on you -- but you need to mature very fast. But you have to find that downtime on the side and remember that you're a kid too. What helps is that my parents integrated that into my lifestyle. My mom gets mad when I don't go out enough. I think it's also important to have a stable group of friends who also work in the industry since we're all going through the same situation. We grab coffee or go to an improv show just so we have that normal downtime and can have a breather from the industry.

Are your friends then mostly your castmates?
Some of my friends now I actually used to watch their shows when I was younger. For example Cameron [Boyce] my co-star, and he's practically my brother at this point. A lot of those friends you meet because of the industry since you interact with them often. It's a big world but everyone knows each other so well.

You're the first Indian actor that's a series regular on Disney. What has that been like for you?
It's been big. For the Indian community I didn't realize it just how huge it was. So many times I'll meet Indian families and they say that they think it's really cool that I'm representing them. What's great is that Disney actually integrates our culture into the channel. They'll call my dad into the writer's room sometimes and ask him to explain how he grew up. And I think that's fun because I slowly get to educate people on my culture. There's so many subcultures within India that often times it gets very muddled. So when you can distinctly separate them and help people understand the differences between each, it's pretty incredible. I take pride in knowing that I'm representing my community. Especially since my parents had the grind of the immigrant it's really rewarding to help represent them as well.

YouShouldKnow is a feature that showcases up-and-coming social stars. To see more of past interviews, click here. And come back at 12 pm EST for more exclusives on Karan Brar, including his experience on-set with Lilly Singh.

For more on past YouShouldKnow stars, scroll through the gallery below!