How a laundromat on wheels is helping Australia's homeless

Having clean clothes shouldn't be a luxury, but for homeless people who don't have access to free laundry services, that often ends up being the case. In Australia, though, people with dirty clothes can simply take them to an orange-colored van, where their clothes are washed and dried for them for free.

From an early age, both Marchesi and Patchett were exposed to the widespread issue of homelessness in Australia, where some 105,000 people are considered homeless. This helped them come up with the concept for Orange Sky Laundry after they discussed sticking a washer and dryer in the back of a van and decided the idea quite literally had wheels.

"A lot of people thought we were crazy, that it was impossible," Marchesi told The Guardian. "We were told that putting a washing machine in the back of a van would never work."

The now 21-year-old cofounders have since expanded their operation from a single van named "Sudsy" to a six-van fleet that's backed by more than 450 volunteers. Patchett said the vans handle hundreds of loads of laundry each week.

While the laundry is free for those in need, each van comes with an expensive price tag, costing about $100,000 in renovations. Private and corporate donors as well as a grant from the state government help pay these costs.

Homeless people face a number of barriers, but one of the most important challenges they face is hygiene. Many homeless shelters and charities don't have showers or laundry machines, and people living on the streets often can't afford to do their laundry at laundromats. Without access to public showers, bathrooms, or laundry services, homeless people often shy away from seeking out jobs or going to appointments out of fear of being judged for wearing dirty clothes or smelling.

"People don't really understand that there aren't efficient places for people to go to shower and do their laundry," Doniece Sandoval, founder of San Francisco mobile shower and bathroom service Lava Mae, told TakePart. "This is a first-world country, so you don't think access to sanitation is something that's a problem, but it is, and it's happening right here in the U.S."

Before Orange Sky Laundry launched its operation in Australia, the cofounders had reached out to Lava Mae as a source of inspiration for their project. Since its launch in June 2014, Sandoval and her team have been taking retired diesel buses and converting them into mobile showers for the city's homeless. The buses are equipped with two full bathrooms, which are powered by a plumbing system that sources water from fire hydrants. An on-board water heater provides hot water for the showers, and wastewater drains into the city sewers.

The mobile food truck movement also inspired Sandoval to start Lava Mae, a name that loosely translates to "wash me" in Spanish.

"I thought, if there are food trucks that can go around serving meals to people around the city, why can't there be mobile showers and bathrooms?" she said.

As for the future, Sandoval says she sees Australia's mobile laundry service working well in San Francisco alongside her program.

"It's definitely challenging to keep clothes clean—most homeless people have one or two undergarments," she said. "I'm hoping Orange Sky Laundry will come here and partner with us."

There are uplifting movements to help the homeless happening in the US, too! 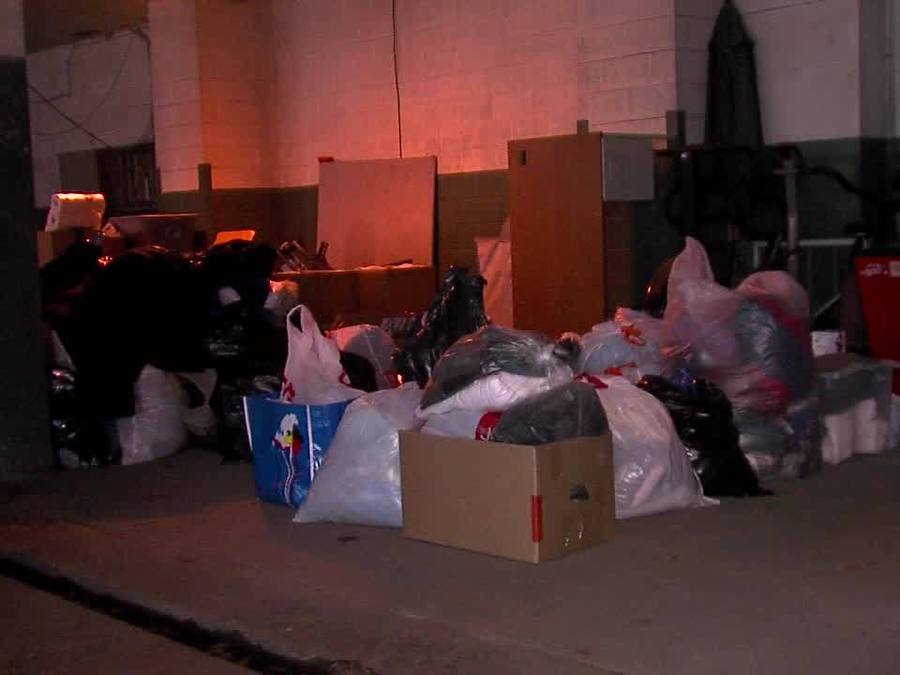