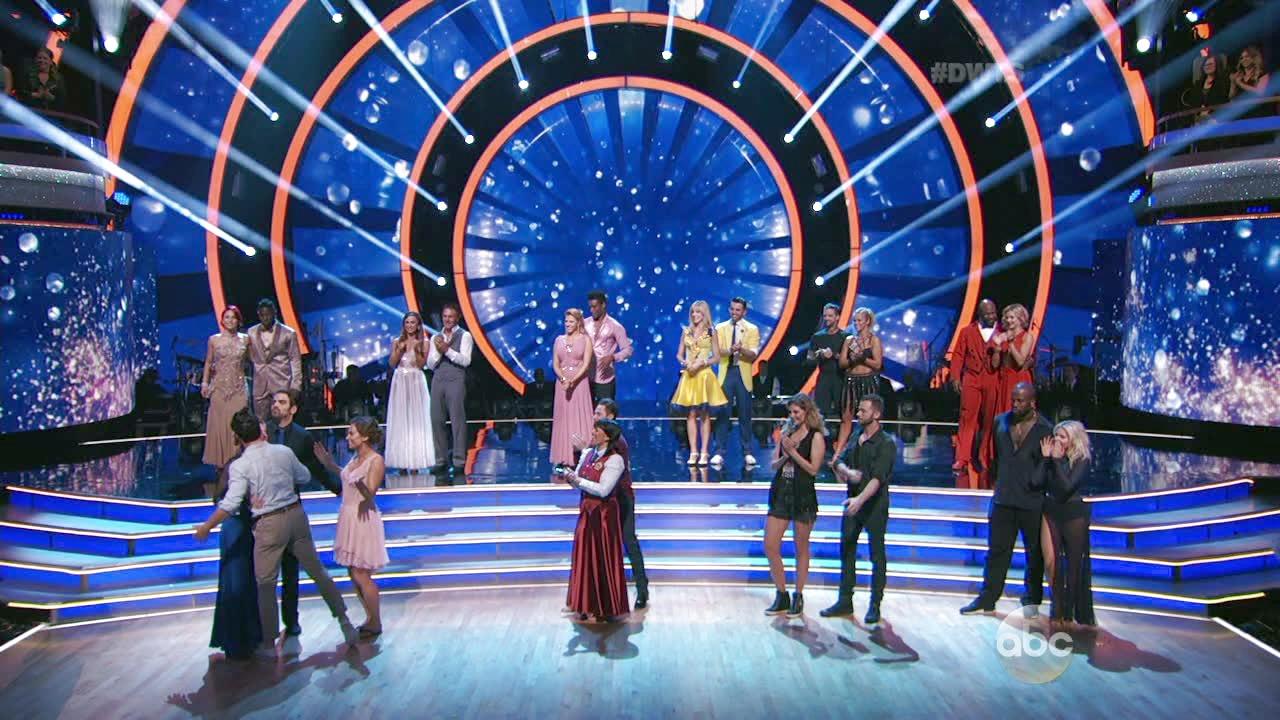 (Spoiler alert: Please do not read on if you haven't watched Monday's episode of "Dancing With the Stars")

Week 3 of "Dancing With the Stars" saw the return of the always-emotional "most memorable year" night — and the departure of another contestant competing to win the Season 22 Mirrorball.

NFL star Antonio Brown, "The Facts of Life" actress Kim Fields and Mischa Barton all went into Monday at the bottom of the leaderboard facing elimination and fighting for their future on the ABC show.

See all of the cast members from this season:

After crying last week, Barton partied like she was Miley Cyrus and was told it was her best dance yet. "Tonight, you had a breakthrough," Inaba told the former "O.C." actress, but sadly it wasn't enough and Barton was given the boot.

Also Read:'Dancing With the Stars' Brushes Up Against Another Erection Challenge

Meanwhile, on the other end of the scale, the first nine of the season and a total score of 25 went to deaf "ANTM" alum Nyle DiMarco for his "brilliant" Tango that was described as "better than Superman."

Just like he has done so many times with the Pittsburgh Steelers, Brown made a phenomenal comeback this week with a (very little) helping hand from his adorable son.

As for the rest of the pack, former New England Patriots quarterback Doug Flutie honored his late parents, who both died on the same day in 2015, with a Waltz to "Rainbow Connection."

After getting off to a rocky start earlier in the season, Flutie scored a touchdown Monday with a dance that Bruno Tonioli said would have made his parents proud, while Len Goodman said it was full of "elegance, style and emotion."

Not surprisingly, current Super Bowl MVP chose this year as his most memorable — and it's only April! The Denver Broncos outside linebacker went Contemporary to "In the Air Tonight" by Phil Collins, but Carrie Ann Inaba called it merely "pleasant ... I want more."

Also Read:'Dancing With the Stars' First Elimination: One Contestant Cries, Another Is Sent Home (Video)

Surprisingly, marrying Donald Trump wasn't the most memorable moment in Marla Maples' life, but giving birth to their daughter, Tiffany (also in 1993), was.

"Full House" child star Jodie Sweetin, now 34, danced to "Rise Up" by Andra Day to commemorate overcoming a meth addiction, going through rehab and turning her life around.

"Dancing With the Stars" airs Mondays at 8 p.m. on ABC.

Read original story: 'Dancing With the Stars' Delivers Another Elimination as Contestants Recall Their 'Most Memorable Year' (Video) At TheWrap