Behind Donald Trump, a son-in-law who is also an adviser 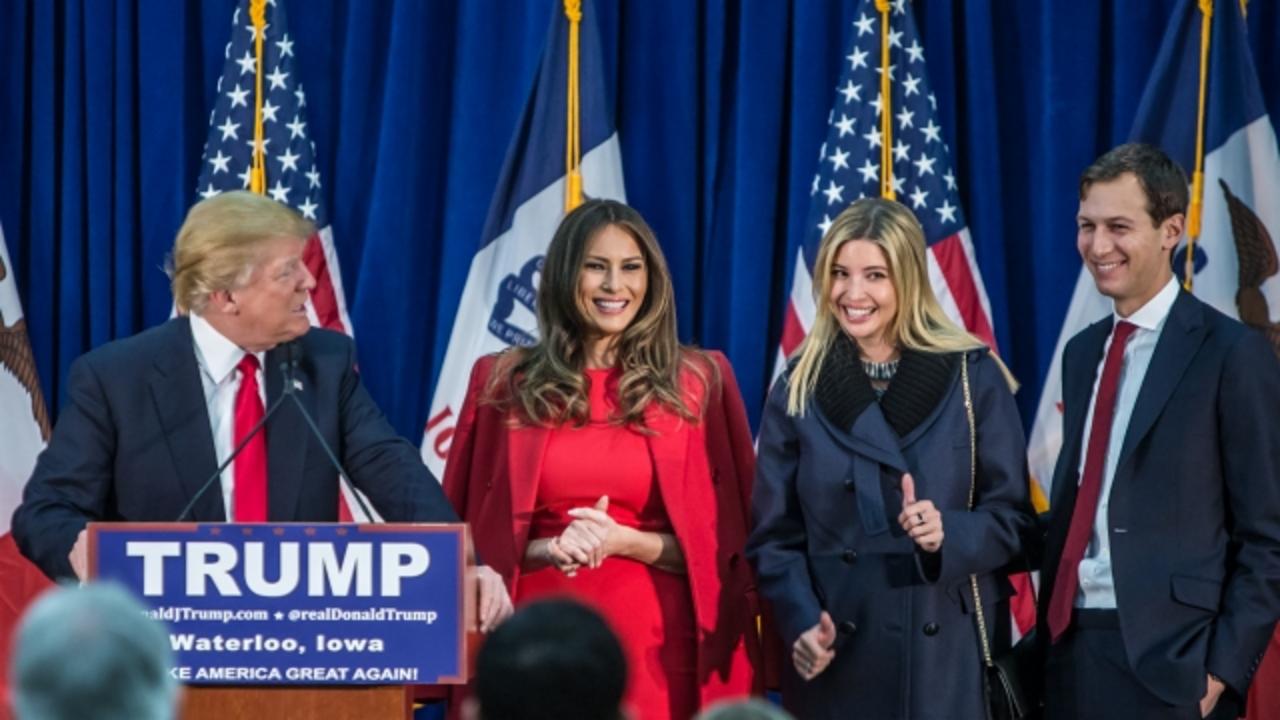 Before introducing Donald Trump to roughly a dozen Republican lawmakers at the Washington law offices of Jones Day, U.S. Senator Jeff Sessions paused to acknowledge the man he said had facilitated the closed-door talks.

He said it was Jared Kushner, a 35-year-old real estate investor and newspaper owner, who had suggested the get-together last month, arguing that it would enable Trump to win more allies on Capitol Hill, according to a person in the room.

See more of Kushner and other members of the Trump family

A real-estate tycoon like his father-in-law, Kushner has emerged as one of a very few advisers as Trump seeks the Republican nomination to the Nov. 8 election, according to five people close to Trump.

It is especially rare given that Trump styles himself as his own best adviser and has said he consults only a few people despite a promise to hire the country's top minds once he becomes president.

While "well respected," Kushner has no official campaign role, Trump spokeswoman Hope Hicks said. She confirmed however that Kushner had helped with the Sessions meeting and had informally advised the candidate on Israel and in other areas.

SEE ALSO: Ivana Trump has some thoughts she wants to share on immigration too

In an interview Kushner's friend David Schulhof, founder of a music publishing company, cited a level-headedness and listening skill that would make Kushner a calming influence.

This could be helpful to Trump, 69, who entered the race 10 months ago hailing his having never held public office as an asset, but whose campaign has been rocked by turbulence over remarks offensive to women, Muslims, immigrants, party loyalists and others.

At times Kushner has urged Trump to behave like a more traditional candidate, stressing the importance of building relationships with politicians and traditionally active donors, say the sources close to Trump, speaking on condition of anonymity.

They also say Kushner can use friendships like the ones he has with media mogul Rupert Murdoch and real estate billionaire Ronald Perelman as a bridge to influential people with whom his father-in-law is not close. Neither Murdoch nor Perelman would comment for this story.

An Orthodox Jew, whose wife Ivanka converted to Judaism before they married, Kushner and his family have connections to Israel. Along with his father, also a prominent real-estate developer, Kushner was listed in a 2015 report by the American Israel Public Affairs Committee (AIPAC) as a benefactor for its real estate committee, which required a donation of at least $36,000 to the powerful pro-Israel lobbying group.

Kushner's parents donated $20 million two years ago to a medical school campus in Jerusalem now named after them.

RELATED: Ivanka Trump through the years

Using his family and business ties, Kushner arranged a series of meetings for Trump during a trip the candidate planned to make to Israel last year, the sources say.

The trip never happened. Trump scrapped it after Israeli Prime Minister Benjamin Netanyahu condemned his proposal to ban Muslims from entering the United States. Trump later suggested that if elected he would not take sides in the dispute between Israel and the Palestinians, a stance he said would help him negotiate a peace deal but which was unusually neutral for an American politician looking to court voters on Israel.

Ahead of AIPAC's annual conference last month in Washington, Kushner advised his father-in-law to lay out concrete policies that would help smooth over relations with the Jewish community, according to two sources. He further advised him to use a teleprompter for the speech, ditching his usual conversational style, the people close to Trump said.

It was also Kushner who fielded a call from Israel's ambassador to the United States, Ron Dermer, who wanted to offer Trump the Israeli government's perspective ahead of the AIPAC speech, according to the sources.

In the end, Trump delivered an uncharacteristically detailed speech to the 18,000 people who attended the conference, outlining a series of policy positions broadly aligned with AIPAC's. An AIPAC spokesman declined to comment.

Trump told attendees that Palestinians must scrub hatred of Israel from their educational system and stop naming public places after people who attacked Israel. He said the United States must stand with Israel in rejecting attempts by the United Nations to impose restrictions on Israel or parameters for a peace deal. He criticized the U.S. deal with Iran as bad for Israel.

While helping Trump craft the speech, Kushner sought advice from the politically connected editor of his newspaper, the New York Observer. The editor, Ken Kurson, a former speech writer for former New York Mayor Rudy Giuliani, wrote in an email to Reuters that he reviewed the speech before Trump delivered it.

Trump has loomed large in Kushner's life since day one of his marriage. The New York Post reported that invitations to Kushner's wedding, held at a Trump golf club in New Jersey, included a flier advertising Trump's other golf properties.

Kushner, who with his wife has taken family vacations with News Corp owner Murdoch and his ex-wife Wendi Deng, has worked to calm Murdoch's ire with Trump over the candidate's criticism of the company's Fox News Channel and star anchor Megyn Kelly, two people familiar with his activities say.

During regular phone calls and lunches Kushner tries both to soothe Murdoch and stump for his father-in-law, these people said.

Despite his influence behind the scenes, Kushner keeps a largely low profile on the campaign trail. During a Trump rally in South Carolina last November, he hung back while other family members took the stage until his father-in-law called him out.

"Where's Jared? Jared get up here," Trump shouted. Kushner, clad in charcoal-colored pants and a black quilted down vest, shuffled up, hands jammed in his pockets.

"Jared's a very successful developer and he just loves politics now," Trump said, adding with a bit of gleeful teasing: "Look at him. See the way he dresses?"