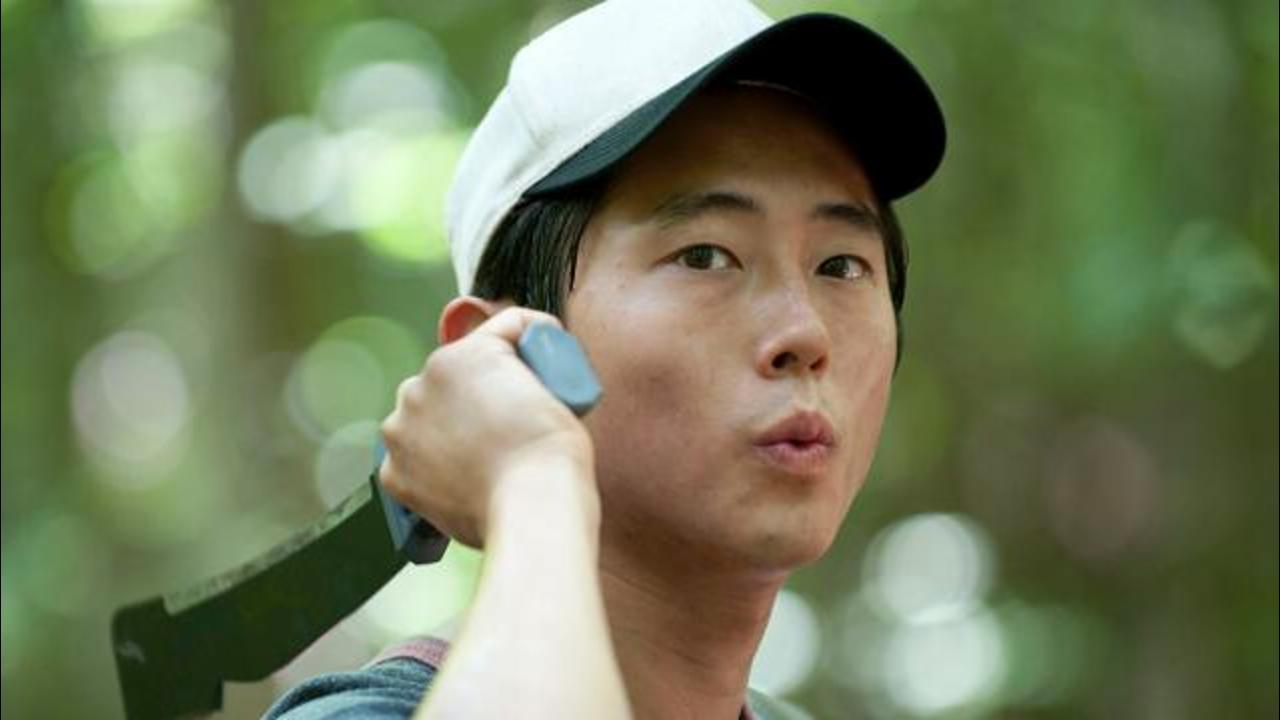 Spoiler alert: Do not read on unless you've seen "The Walking Dead" Season 6 finale, episode 16, titled "Last Day on Earth."

After months of build-up, Jeffrey Dean Morgan finally made his "Walking Dead" debut as Negan in the Season 6 finale, and one member of Rick's group paid the ultimate price for their continued attacks on the Saviors. Unfortunately for us, we'll have to wait until Season 7 to find out who.

In a scene practically torn from Robert Kirkman's comics, Negan lined up our survivors and played a chilling game of Eeny Meeny Miny Mo to determine which one he'd kill with his barbed wire-covered baseball bat Lucille, mostly as a way of setting an example to the rest of the group. Negan made it clear that he didn't want to take out all of Rick's gang (despite the fact that they've murdered plenty of his men this season) — instead, he wanted them all to work for him, and to give him and the Saviors half of their supplies, just like the residents of Hilltop.

The deadly encounter followed an episode that saw the Saviors playing a deadly game of cat and mouse with Rick and his group, blocking off every path between Alexandria and Hilltop as the survivors attempted to get Maggie to a doctor. After exhausting all their options and leaving Eugene to drive the RV in the hopes of distracting the Saviors while the rest of them carried Maggie through the woods on foot, our group ended up surrounded by the Saviors (and a captured Eugene), who brought out the previously captured Daryl, Michonne, Glenn and Rosita before finally introducing Negan, who stepped out of the RV with Lucille.

"Pissin' our pants yet? Boy, do I have a feeling we're getting close," he drawled, before facing Rick. "Hi, you're Rick, right? I'm Negan. And I do not appreciate you killing my men."

"We invested a lot so you would know who I am and what I can do. You work for me now. You have s–t, you give it to me. That's your job," he told Rick. "This is your way of life now. The more you fight back, the harder it will be. So if someone knocks on your door, you let us in. We own that door. You try to stop us, and we will knock it down."

He then walked down the line, stopping at Maggie and noting how rough she looked. "I should just put you out of your misery right now," he noted, prompting Glenn to break from the line and beg him not to.

"Sucks, don't it? The moment you realize you don't know s–t," he asked Rick, before realizing that Carl was Rick's kid. "Do not make me kill the little future serial killer," he warned, when Rick told him to stop it.

Negan then proceeded to play his sadistic little game, but the final moments switched to the POV of his victim, showing Negan bringing down Lucille. As the casualty's vision blurred and ears began to ring, blood dripped down the camera, before the screen cut to black, even as the audio kept playing the sound of impact and the rest of the survivors' screams.

So who did Negan kill? Share your theories below.