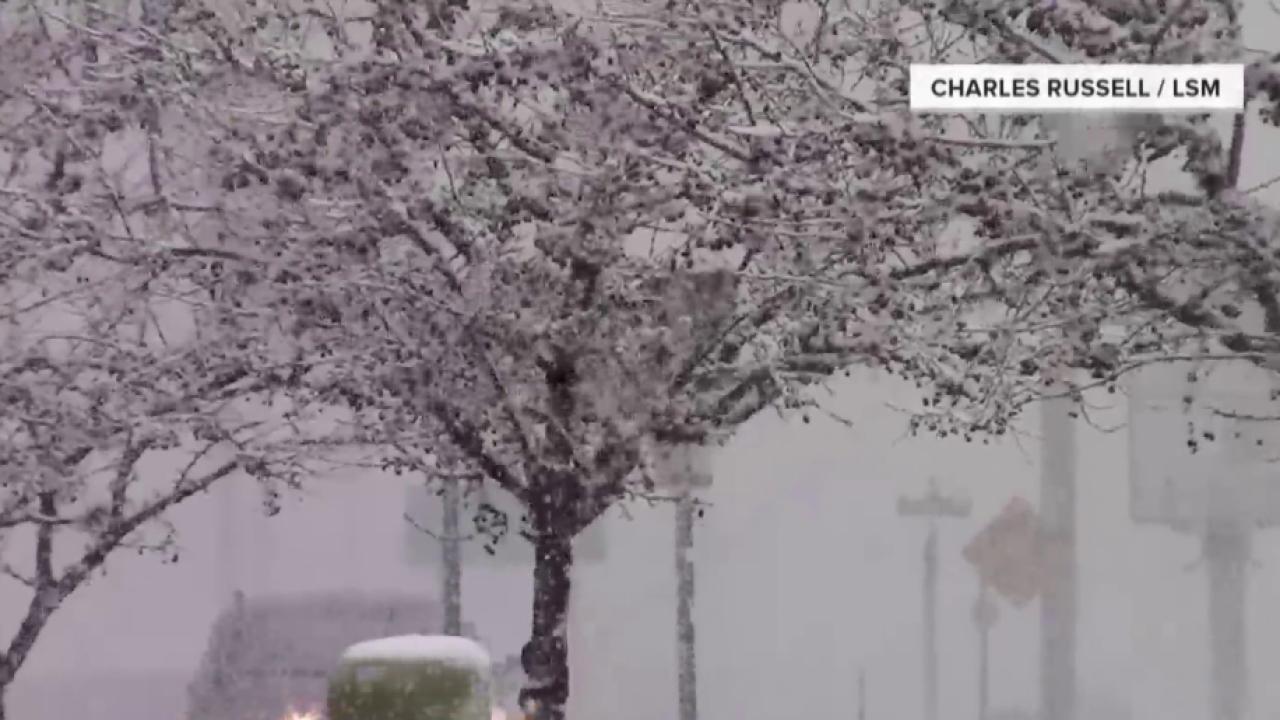 Powerful winds whipped across the Midwest and Northeast over the weekend, leaving at least two people dead and nine people injured as trees and power lines succumbed to the gusts.

A tree that fell on a small car in Abington, Massachusetts killed two people who became "heavily entrapped" in the car, according Abington Fire Department Chief John M. Nuttall. The victims, who have not been identified, were transported to a local hospital but did not survive, he said. Winds gusts reached 60 mph in the area on Sunday, according to New England Cable News.

The most significant power outages were in Pennsylvania, where about 82,000 customers were in the dark.

The National Weather Service said a high wind warning would be in place in southeastern Pennsylvania, Delaware, southern New York, New Jersey, Massachusetts and Connecticut until noon as wind gusts topped out at 60 mph.

At least nine injuries had been reported in the Midwest and Northeast on account of the wind, although officials classified them all as non-life-threatening.

In Indiana, a Chipotle restaurant sign fell during winds gusts and crushed a car below. Bystander Peter Courtney said the person in the car was gashed in the head, but had reached down for something when the sign toppled.

"If he wasn't doing that — that's what saved him," Courtney told NBC affiliateWTHR.

Picture from Daniel Barry of a chipotle sign that smashed down on a car due to winds in Indianapolis. #INwxpic.twitter.com/OaIdFgIii9

Another car in College Park, Maryland, was crushed by a tree, and two people inside were injured, according to the College Park Fire Department.

Four more people were hurt in Newark, New Jersey, when a tree fell on a house, according to Newark Police Department spokesman Capt. Derek Glenn. The victims, including a 6-year-old girl, all had non-life threatening injuries, he said.

Another tree that fell on a home left two people injured in Hartford, Connecticut, according to Weather.com.

An empty home in Queens, New York, toppled over because of the wind, according to police, while the scaffolding on a Brooklyn building under construction was collapsed by the wind, according to The Associated Press. The Statue of Liberty and Ellis Island were closed due to the wind, as New York Gov. Andrew Cuomo urged residents across the state to stay inside if possible.

And in Washington, D.C., several Cherry Blossom Festival-related events were canceled due to the high winds, according to event organizers.

Paired with the wind in New England was a bout of snow, which could create white out conditions on the roads, said Weather Channel lead meteorologist Michael Palmer.

A second round of snow was expected to hit Pennsylvania, New Jersey, New York and New England Sunday night into Monday, Palmer said.

While the snow is forecast stop Monday after about 3 inches of accumulation in most areas, below average cold should persist in the Northeast through the end of the week, Palmer said.