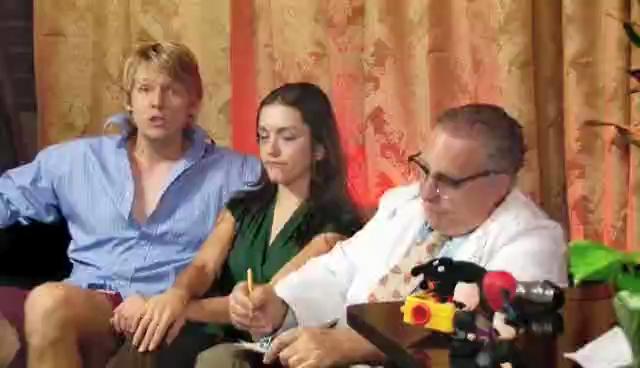 One Indiana student thinks the body mass index is an outdated, inaccurate way to measure health, and she isn't afraid to say it.

On a school take-home assignment, the eighth grader was asked to define BMI (body mass index), then calculate her own. Instead, she wrote a wrote a passionate short essay, slamming the mode of measurement and asserting her own body positivity.

So proud of the family of one of my friends. Her daughter had to do a middle school project that involved...

Posted by MacLeodCartoons on Wednesday, March 30, 2016

The girl's own BMI, which is measured by dividing weight by height squared, puts her in the "obese" range — even though she's an accomplished softball player leading a well-balanced lifestyle.

"How could someone who stays fit, eats healthy, and has a low metabolism be in danger of heart disease and diabetes? Oh, that's right, because she isn't in danger of obesity and heart disease," she wrote in the essay, which was posted to Facebook by a family friend.

Many scientists agree. While it's still a common way to measure health, the medical usefulness of BMI has become increasingly dubious in recent years.

The mode is intended to measure how much of a person's body is composed of fat based on the ratio between height and weight; however, many people — including this student — argue that BMI is far too simplistic a measurement.

For one thing, they say, BMI doesn't distinguish between different types of fat. For another, it can't distinguish fat from muscle, thus incorrectly placing some muscular individuals into the "obese" range.

But this student isn't letting that categorization affect her confidence. ""My BMI is none of your concern because my body and BMI are perfect and beautiful just the way they are," she wrote.

More from Mashable:
There are now more obese adults in the world than underweight adults
13 apps that support and empower the autistic community
Autism and vaccines: why telling every side of a scientific story is rarely fair