Chicago man appears to stream his own shooting on Facebook 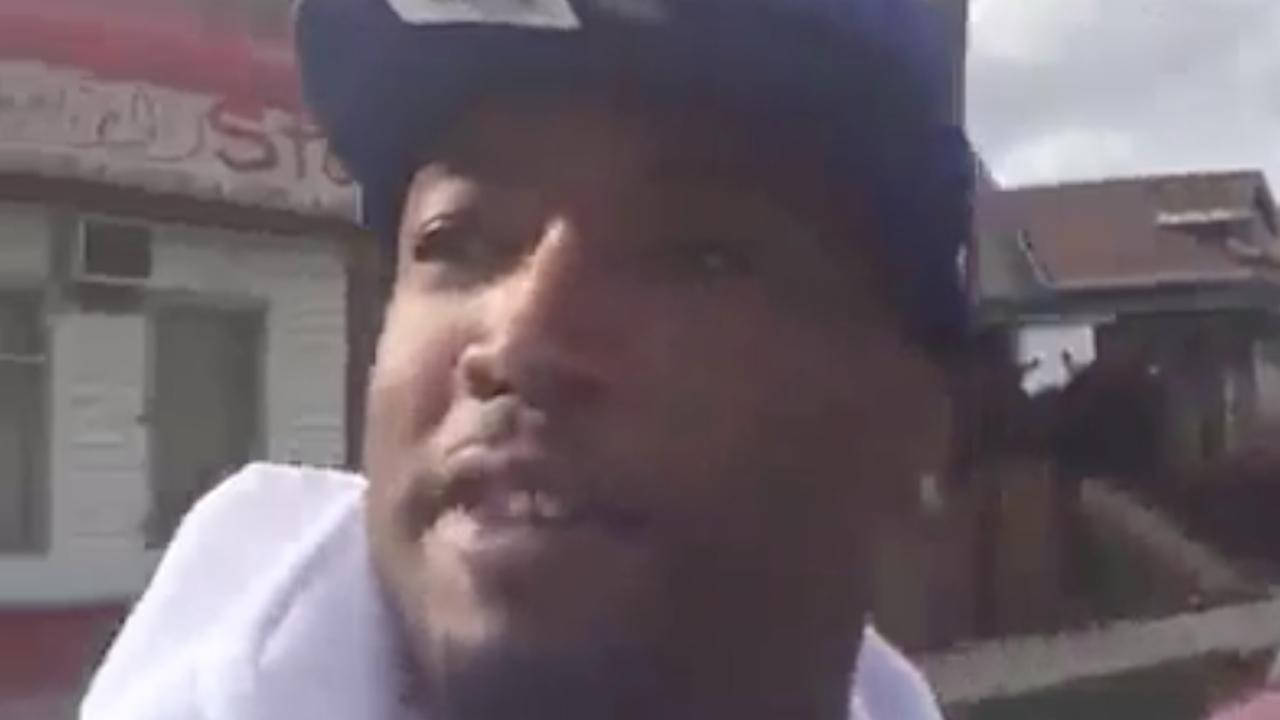 I guess it was only a matter of time.

Chicago Police are investigating an extraordinary video that appears to capture the shooting of a man while he was streaming on Facebook Live.

In the clip, which was re-recorded from its original source on Thursday and disseminated widely, a man in a blue Chicago White Sox hat is seen talking into the camera while standing in front of Scott's Convenience Store in Chicago's West Englewood neighborhood.

Images of Obama addressing the nation on U.S. shootings & gun control during his presidency:

He jokes that the store is open because he needed "somewhere to duck and hide for cover."

Moments later, shots ring out and the phone drops to the street, camera up. The apparent assailant, wearing red, then steps into the frame and continues firing the gun elsewhere.

A minute passes and a woman begins screaming, "Oh my God, no! I can't believe this."

While many people have questioned the video's authenticity, especially as it surfaced in the hours before April Fools' Day, Chicago Police say it's likely legitimate.

"CPD is aware of the social media video in question and suspect the video is connected to the incident," Officer Kevin Quaid, with the Office of News Affairs, told Mashable.

SEE ALSO: 1941 Chicago streets through the lens of a rookie FSA photographer

He added that detectives were working to confirm its authenticity, but that a man, 31, was shot on Thursday at the location seen in the video and transported to Mount Sinai hospital in critical condition.

Detectives are waiting to speak with the

The victim is believed to be a known gang member.

Peter Nickeas, a Chicago Tribune reporter who wrote about the video, tweeted that police are privately a lot more confident than their official statements suggest.

"Video is probably real but important (essential, IMO) to make sure it's real, not just that it couldn't conceivably be fake," he said. "Police are privately more confident (a lot more) in the video's authenticity than the CPD news affairs statement lets on."

If it proves to be real, this would probably be a first for the live video product Facebook CEO Mark Zuckerberg is reportedly "obsessed" with.

The shocking video comes as numerous news organizations have embraced the medium, which has been used to stream live scenes from protests, political events and average life.

Violence in Chicago is reaching levels "unseen in years," according to the Tribune, with shootings up 73% over this time last year. More than 700 people have been shot in the year's first quarter.

The suspected shooter in Thursday's incident is still at large.