Last week, we presented you with a break from the frustration of your busted brackets, and put the power back in your hands.

Divided into athletes, moments, memes and player celebrations, we opened the voting up to our readers to determine why the average 2016 fan loves sports. And, in true March Madness fashion, there have been quite a few upsets.

We're down to the Final Four, with only a single No. 1 seed left in the field -- Michael Phelps' 2008 accomplishments, coming out of the Athletes bracket. It'll face off against Derek Jeter's 3,000th hit, which knocked off David Tyree's helmet catch to win the Moments region crown.

On the other side of the bracket, we have two crowd pleasers: Riley Curry's cuteness going up against Jose Bautista's bat flip.

See the full bracket below, along with live voting through the end of Thursday. 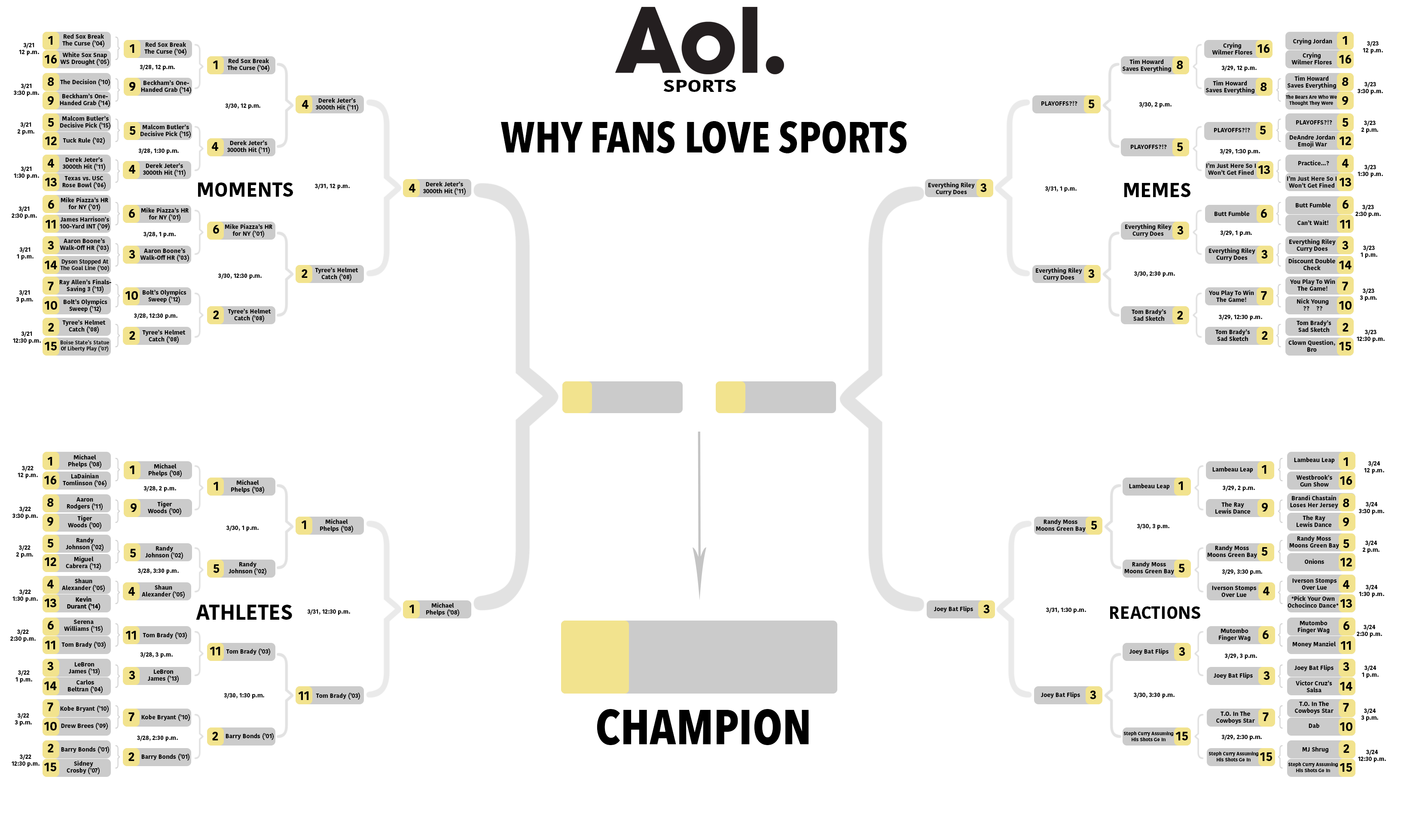