'Of course not': Hillary Clinton says Donald Trump shouldn't lead the US military 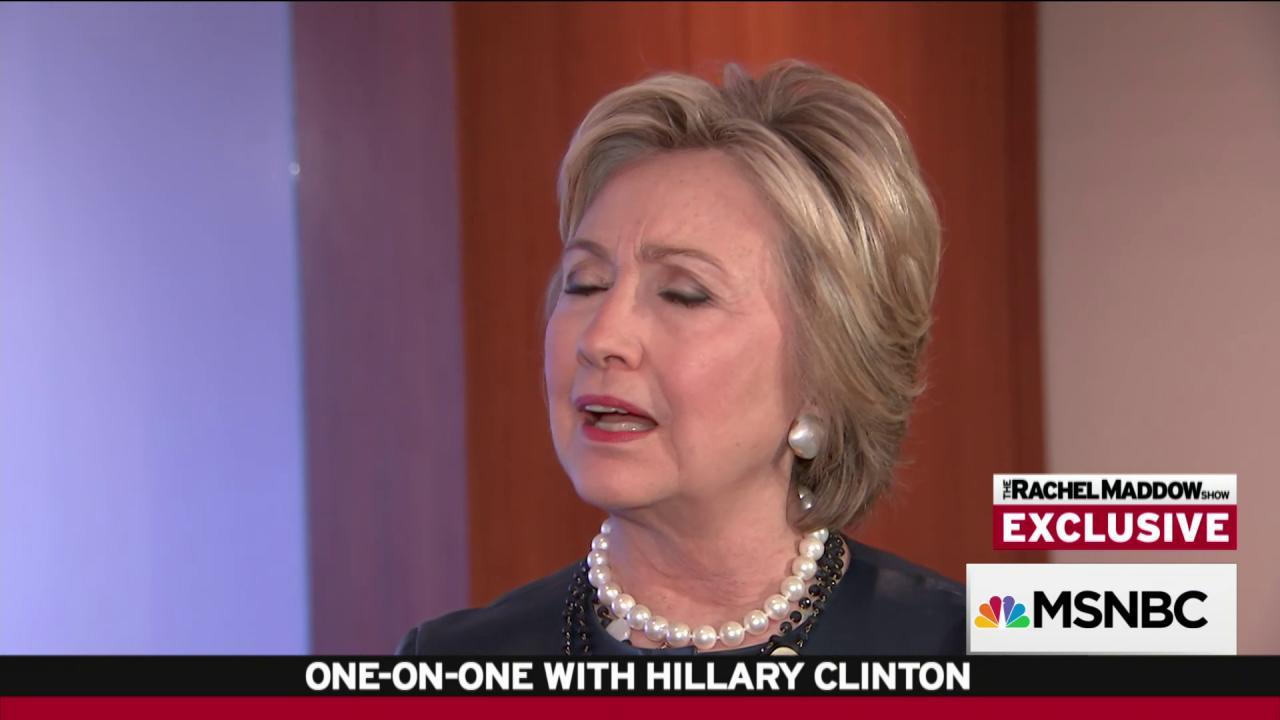 "Of course not," she told Business Insider CEO and editor in chief Henry Blodget, when asked if she had confidence in Trump's ability to lead the military. "No, of course not."

In the interview at Purchase College in New York, the Democratic frontrunner painted Trump's foreign policy as dangerous, out of step, and "illegal."

She made specific mention of two of Trump's statements that have drawn scrutiny in recent days: his dismissal of the North Atlantic Treaty Organization alliance as "obsolete," and his suggestion that he might allow Japan and South Korea to develop nuclear weapons in exchange for an ease in US defense commitments to the countries.

"These are incredibly dangerous ideas that need to be confronted," she said.

Clinton also criticized Trump for embracing military tactics that are prohibited under international law. Trump has advocated targeting the families of terrorists and bringing back waterboarding, though he has more recently softened his stances on those positions.

"His suggestions are not only offensive but, in certain cases, dangerous and sometimes even illegal, like his dismissal of the laws of the United States international law when it comes to torture," she said.

Trump's diplomacy has come under increased scrutiny since last week's terrorist attacks in Brussels, which left more than 30 people dead and hundreds more injured. Since then, he has unveiled a slew of policy pronouncements, most notably in a lengthy New York Times interview.

Ten facts you should know about Hillary Clinton:

'Of course not': Hillary Clinton says Donald Trump shouldn't lead the US military

1. She went by her maiden for years after she married Bill in 1975. She went by "Mrs. Bill Clinton" shortly after her husband lost the 1980 Arkansas gubernatorial election in part because voters had questioned their marriage's stability.

2. She once described herself as a tomboy who wanted to be an astronaut, and wrote to NASA as a 12-year-old about how she could become an astronaut. They sent her a reply, clarifying that NASA didn't accept women in their astronaut program.

3. She was the student speaker picked to give the commencement speech at Wellesley, and received a standing ovation.

6. In 1974, she was one of only three women out of 43 lawyers who worked on the inquiry into whether President Nixon would be impeached.

10. Her mother told her that she had been named after Sir Edmund Hillary, who was the first man to to climb Everest, despite the fact that he had done so five years after she was born. A spokesperson for Clinton has said that this was a "sweet family story her mother shared to inspire greatness in her daughter, to great results I might add."

Many national-security experts cast doubt on the effectiveness of Trump's plans. They have cast his suggestion that he might be open to a nuclear-capable Japan and South Korea, for instance, as a dangerous proposition with the propensity to fuel a regional or global nuclear-arms race.

"It would be a free-for-all," Jeffrey Lewis, the director of the East Asia Nonproliferation Program at the Middlebury Institute of International Studies, told Business Insider earlier this week. "It would be a giant science experiment that I would not want to see."

Clinton told Business Insider, meanwhile, that she has received messages from "bewildered" world leaders who are concerned about Trump's rise and rhetoric.

"They want to know what's going on," she said. "And the amount of publicity that he gets, the coverage that he gets — so he said some very ill-considered dangerous thing, and it's around the world in a nanosecond."

SEE ALSO: Donald Trump walks back statement saying ban on abortion should include 'some form of punishment' for women