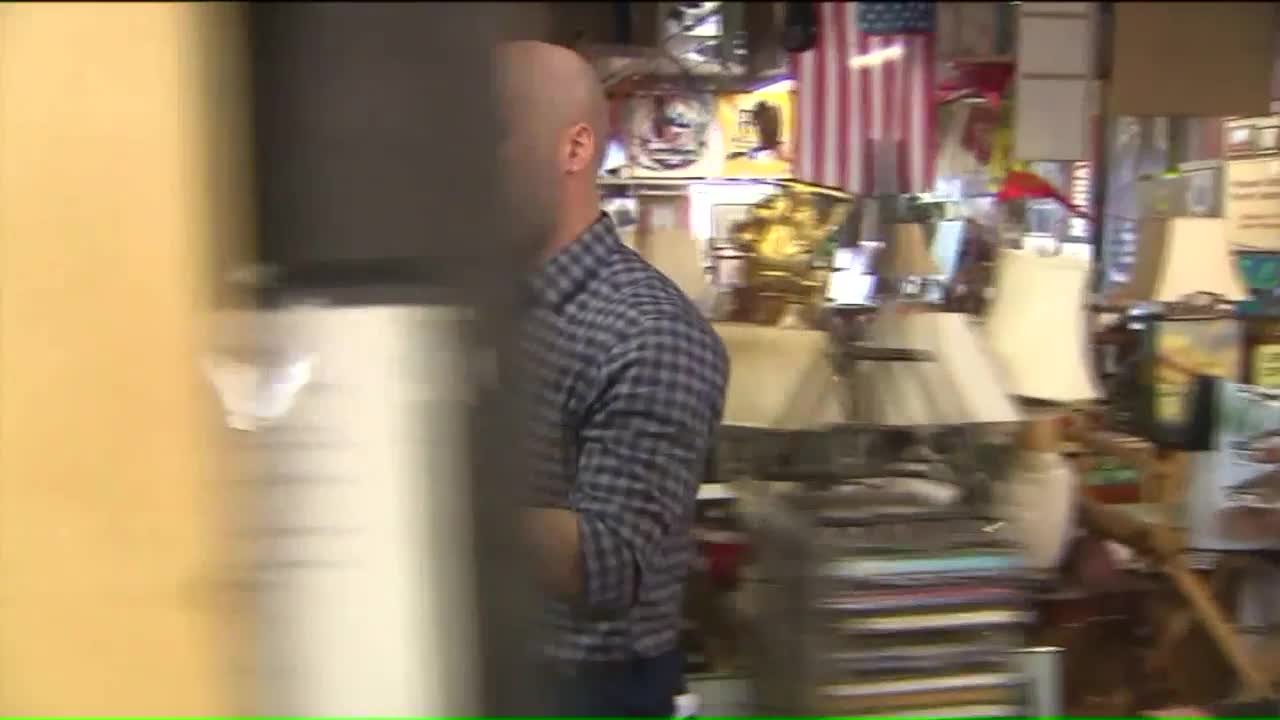 EAST HARLEM (WPIX) — We all know the expression "one man's trash is another man's treasure."In Nelson Molina's case, New York's trash has become his museum.

It's called the "Treasure In The Trash" collection and it's the result of 33 years of dumpster-diving and trash collecting on the job for the now-retired sanitation worker.

SEE ALSO: Woman says beloved dog was strangled and skinned in her backyard

"I started picking up little knick knacks and things like that," Molina told PIX11 News. "I started putting it on the side of the trucks and bringing into the garage."

What started out as a side-hobby that eventually took over an employee locker room, soon ballooned into an impressive stockpile.

Three decades of the city's discarded belongings are now all laid out in a jaw-dropping museum.

Among the most surprising things he's found along his pick-up route was a rare 9/11 relic.

"There is this one item that I got here its from 9/11," Molina explained. "It's the Star of David, it weighs a few pounds and it's the actual steel from the World Trade Center."

The trashed relics don't stop there.

From a vintage silent movie projector to nearly every action figure from the last century, the whole gang is literally here.

While it may be garbage that line up numerous tables in the warehouse, the Treasure In The Trash collection is more organized than most own homes.

There's a section for vinyl records, another for tribal statues and of course a dedicated corner for the one-time must-have Christmas toy, Furby.

In the rare event a visitor recognizes his or her former trash and wants it back, the department will return it if they could prove it was once theirs, Molina said.

Unfortunately, the Treasures In The Trash collection is not open to the general public – at least not yet.

The only way in is by heading over to the Department of Sanitation's website to put in a formal request.

The department holds a limited number of tours per month.

More from AOL.com:
Family's dog stumbles upon huge stash of marijuana
Police conduct touching social experiment to recruit new officers
We're not sure how this bizarrely designed house in Washington is even standing