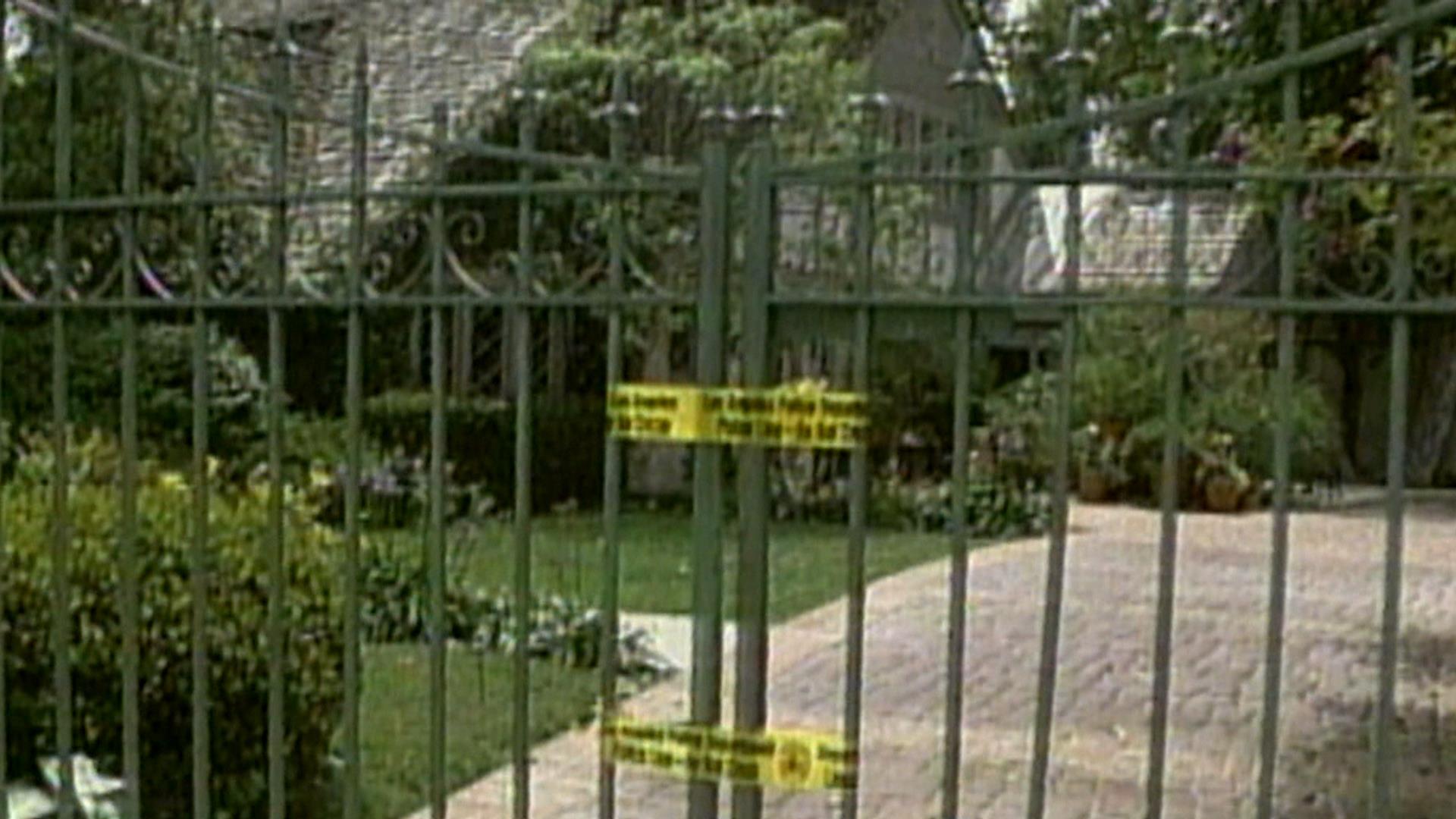 A knife found more than a dozen years ago on O.J. Simpson's estate has been ruled out as the murder weapon in the 1994 slayings of his ex-wife Nicole Brown Simpson and her friend Ronald Goldman, law enforcement sources familiar with the investigation told NBC News.

A construction worker found the small bladed knife on the land where the football star once lived and gave it to retired LAPD traffic officer George Maycott, who was working off-duty nearby, Maycott's attorney has said.

There was no apparent blood on the knife, which is similar to those used by contractors, gardeners, landscapers and other laborers, sources told NBC News.

Key players in the trial:

Knife found on O.J. Simpson's estate ruled out as murder weapon
Defense attorney Robert Shapiro (L) sits next to O.J. Simpson during a preliminary hearing following the murders of Simpson's ex-wife Nicole Brown Simpson and her friend Ronald Goldman July 7, 1994 in Los Angeles. (Photo by Lee Celano/WireImage)
LOS ANGELES, CA - FEBRUARY 27: Prosecutor Marcia Clark complains to the judge 27 February about a second statement by Rosa Lopez, a key defense witness, that was not released by the defense. Lopez, a housekeeper to a neighbor of O.J. Simpson's, claims to have seen a white Ford Bronco outside his home at around the time the prosecution claim the murders of Nicole Brown Simpson and Ron Goldman took place. AFP PHOTO (Photo credit should read POO/AFP/Getty Images)
LOS ANGELES, CA - JUNE 19: O.J. Simpson (R) whispers to Defense attorney F. Lee Bailey (L) during testimony of FBI special agent William Bodziak 19 June during the O.J. Simpson murder trial in Los Angeles. Bodziak compared one of O.J. Simpson's tennis shoes to a model of the Italian-made Bruno Magli shoes, which left imprints at the murder scene of Nicole Brown Simpson and Ronald Goldman. AFP PHOTO (Photo credit should read POO/AFP/Getty Images)
LOS ANGELES, CA - JUNE 16: O.J. Simpson defense attorney Alan Dershowitz (standing) gestures during a motion to Judge Lance Ito 16 June in which he said that the standard of juror dismissals must be changed. The defense has accused the prosecution of juror targeting and hiding witnesses. Seated are (L-R) prosecutor Marcia Clark and Scott Gordon. AFP PHOTO (Photo credit should read POO/AFP/Getty Images)
Deputy District Attorney Christopher Darden, one of the prosecutors in the OJ Simpson murder trial is shown during a court hearing December 9
OJ Simpson sits in court October 14 with his attorney Robert Shapiro during a hearing in Simpson's murder trial
Defense attorneys Robert Shapiro (L) and Johnnie Cochran, Jr., arrive at the Criminal Courts Building in Los Angeles September 26 for the first day of jury selection in the OJ Simpson murder trial. A protestor's painting on spousal abuse is in the background
Superior Court Judge Lance Ito makes a point during a pre-trial hearing on suppression of evidence in the OJ Simpson murder case September 21 in Los Angeles
Josephine Guarin, housekeeper at OJ Simpson's estate in the Brentwood section of Los Angeles, testifies during a pre-trial hearing on evidence suppression in the OJ Simpson murder case September 22
Prosecution witness Candace Garvey, a friend of Nicole-Brown Simpson, testifes about OJ Simpson's appearance at his daughter's dance recital June 12, 1994, during afternoon court session in OJ Simpson's murder trial
Prosecutor Marcia Clark wears rubber gloves as she places a left-hand glove found at the feet of murder victim Ronald Goldman into a plastic bag during OJ Simpson's murder trial, February 17
Denise Brown (L), sister of Nicole-Brown Simpson, cries as she testifies February 6 about Nicole-Simpson's relationship with O.J. Simpson, during morning court session in Simpson's murder trial. Brown wears "Angel" earrings and pins in memory of her sister
FILE PHOTO 16MAR95 - Los Angeles police detective Mark Fuhrman is shown on the witness stand March 16, 1995 during O.J. Simpson's murder trial in Los Angeles. A bloody fingerprint was found at the scene of the murders of Nicole Brown Simpson and Ron Goldman but police bungling destroyed it, Fuhrman says in a new book published on February 17. SIMPSON FINGERPRINT
Prosecutor Brian Kelberg points out a wound near Ronald Goldman's ear on an autopsy chart during testimony June 9 in the OJ Simpson murder trial. The Los Angeles County coroner said that Goldman received two small stabs to the neck in addition to fatal slashes, suggesting that he was taunted by his attacker before being killed
Kim Goldman, sister of murder victim Ron Goldman, reacts to the showing of a photograph of her brother's bloody shirt during the OJ Simpson double murder trial in Los Angeles June 26. The prosecution presented the final phase of its case, trace and hair evidence. **POOR QUALITY DOCUMENT
Arnelle Simpson, daughter of murder defendant OJ Simpson, testifies July 10 on her father's behalf in his double murder trial in Los Angeles. Arnelle Simpson is the first witness in the defense's case
Defense witness Robert Heidstra points during his testimony July 12 at O.J. Simpson's murder trial to the area near where he walked his dog on the night [Nicole Simpson and Ronald Goldman] were murdered June 12,1994. The chart is a map of the area around Bundy Drive, site of the murders
Up Next

Celebrity news site TMZ raised the possibility it could be connected to the murders of Simpson and Goldman, but a battery of forensic tests found no link.

Over the years, many knives have been turned in to the LAPD as the possible murder weapon only to be ruled out after further investigation.

Simpson was acquitted of the double slaying but found liable for the two deaths in a civil trial.