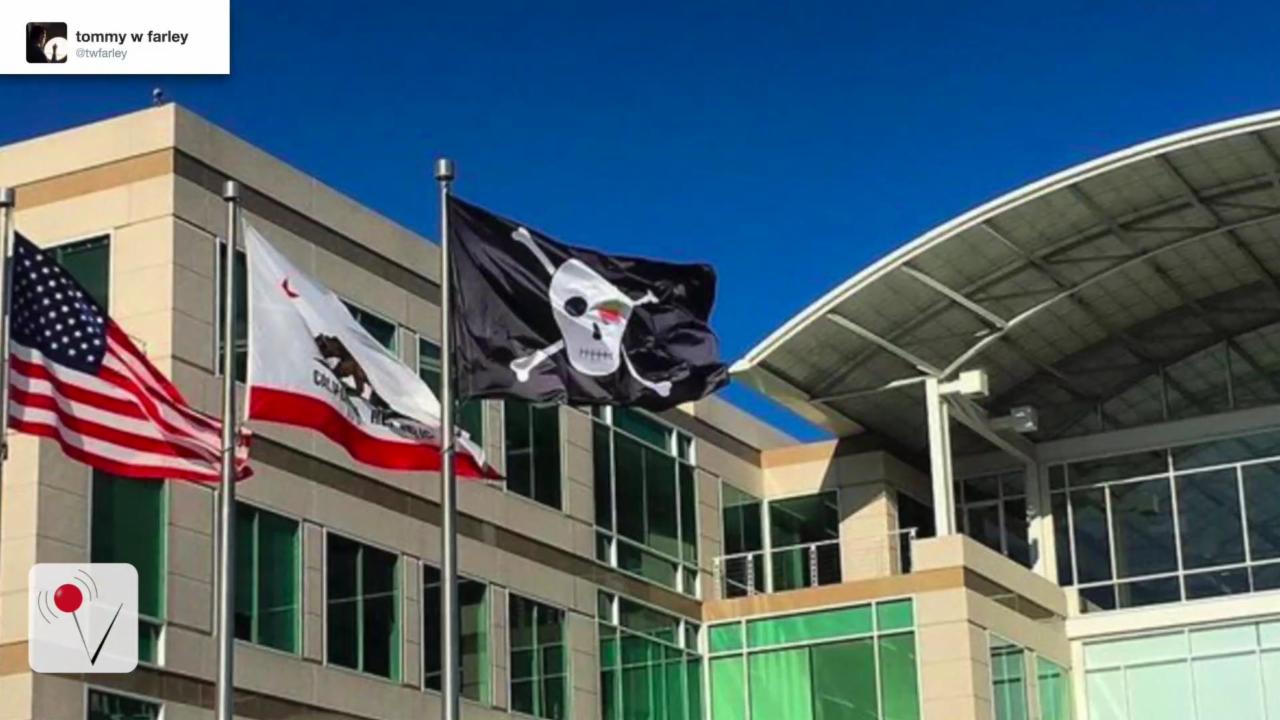 Flying high above Apple's Silicon Valley headquarters today is a pirate flag with the original Apple logo taking the place of where the skeleton's other eye should be.

This is because today is no ordinary day: It's Apple's 40th birthday.

SEE ALSO: 10 Steve Jobs quotes that will absolutely move you

The flag bears much of the company's history and is symbolic of founder Steve Jobs' vision for Apple as it progressed into the future.

Jobs was known for loving and wanting to preserve the rebellious nature of Apple as a company. He didn't want to conform or ever stop being innovative.

One of his most known mantras was this:

"It's better to be a pirate than join the navy."​

In 1983, Jobs' team took this saying literally, and surprised him with this flag.

From the eagerly anticipated launch of the newest iPhone, to the company's refusal to unlock the San Bernardino shooter's phone, Apple has continued to embody everything the pirate flag represents.

So Happy Birthday, Apple and keep being rebellious!

Now take a look at the 11 greatest moments Apple's ever had on stage:

More on AOL.com:
Here's everything Laurene Powell Jobs inherited from the late Steve Jobs, including a superyacht and a colossal stake in Disney
Cautionary tale: This iPhone feature lead to a $2,000 monthly bill
Here's why it would be a bad idea for Apple to build a $75,000 luxury car (tsla)