Canadian man writes his own obituary and it's full of life 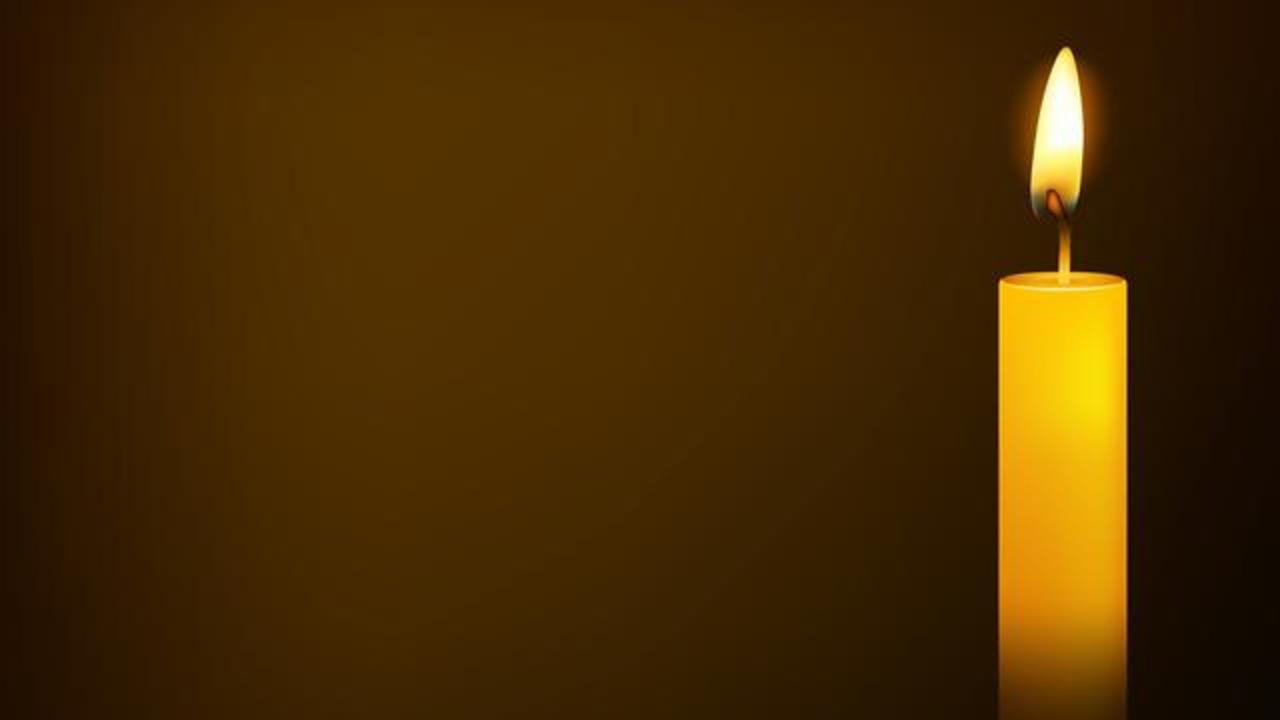 A man from Nova Scotia is gone, but will not likely be forgotten anytime soon after writing an inspiring obituary for himself.

His self-penned send-off begins: "So, the world doesn't have Angus MacDonald to kick around anymore. I'm gone! The devil finally called my name." 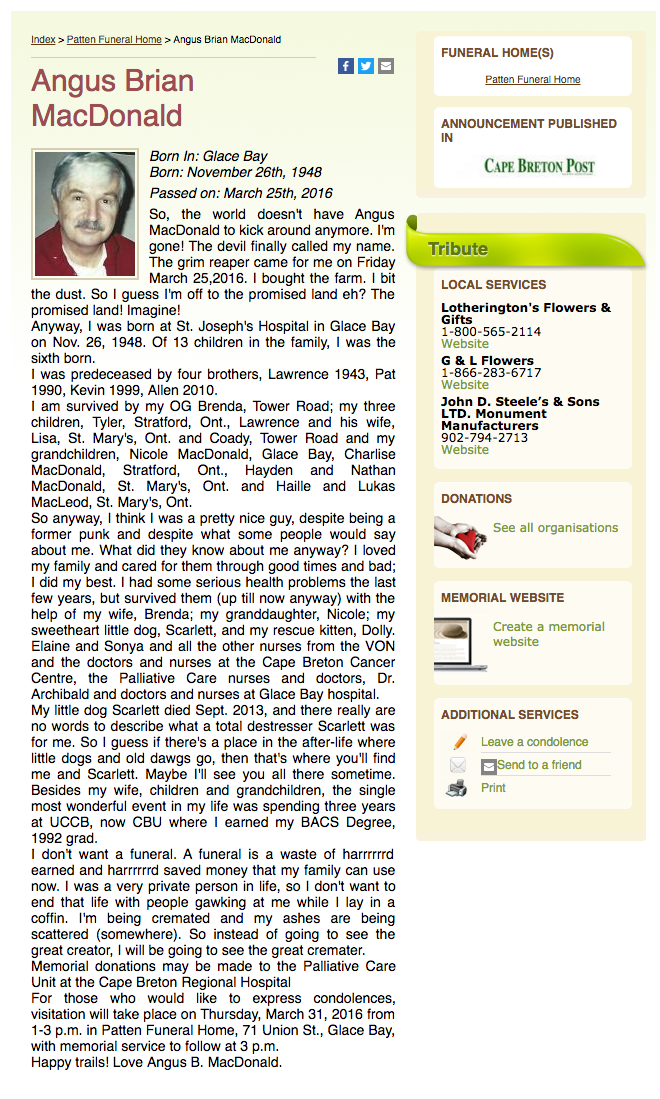 MacDonald then recaps his family situation, noting he was the sixth of 13 siblings and is survived by his wife and three of their children.

His spirit strong even in death, he sums up his life, "So anyway, I think I was a pretty nice guy, despite being a former punk and despite what some people would say about me. What did they know about me anyway? I loved my family and cared for them through good times and bad; I did my best. I had some serious health problems the last few years, but survived them (up till now anyway)...."