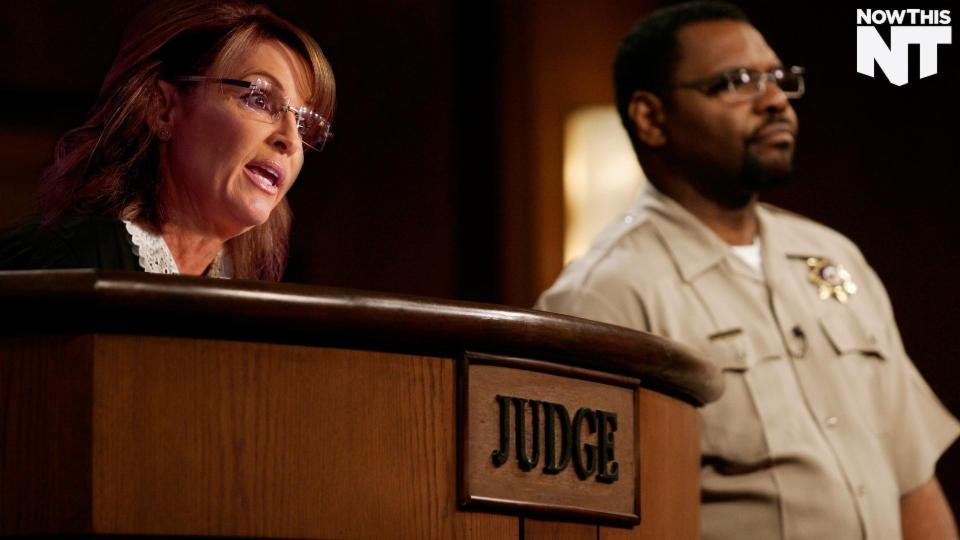 "So grateful for your prayers and support during Todd's recovery! He's in a good place -- on the couch -- insisting if there's any good season for injury, it's now," Sarah wrote. "'March Madness is a great distraction,' Todd reports. 'And catching up on Deadliest Catch and Bering Sea Gold episodes is some awesome motivational therapy. I can't wait to get on Bristol Bay waters and pick fish with the family!'"

NEWS: Sarah Palin Gives Update on Husband Todd's Recovery: 'Life Can Change in the Blink of an Eye'

The injuries left him in intensive care, but he has since returned home after multiple surgeries.

So grateful for your prayers and support during Todd's recovery! He's in a good place - on the couch - insisting if...

According to Sarah, during the 35 years the couple has been together, she's never seen her husband "so touched by the kindness shown during difficult days."

"'It's overwhelming, and I'm not worthy of these well-wishes,' he said," Sarah wrote. "'I wish I could repay people for caring. Makes me want to do more for others, especially when they're down and out. Maybe that's part of the purpose in all this.'"

WATCH: Todd Palin 'Back in Surgery' After Suffering Multiple Broken Bones and Fractures

"It IS overwhelming," Sarah continued. "Todd is always, always doing what he can for others, and rooting for anyone going through life's trials. It's amazing to realize his character is recognized outside of our four walls. He's got a great heart... to go along with two inflated lungs now, metal holding bones together, and stitched up epidermis that makes him appreciate good health more than ever."

Sarah concluded her Facebook post with a touching quote from Todd, writing, "'I can't thank you guys enough,' Todd said. 'The past few weeks showed us it's not just family circling the wagons; I don't think we'd ever realized that before. People out there who are hurting a hundred times worse than I was can use our prayers and any kind gesture. Maybe I can only repay by offering the same to you.'"