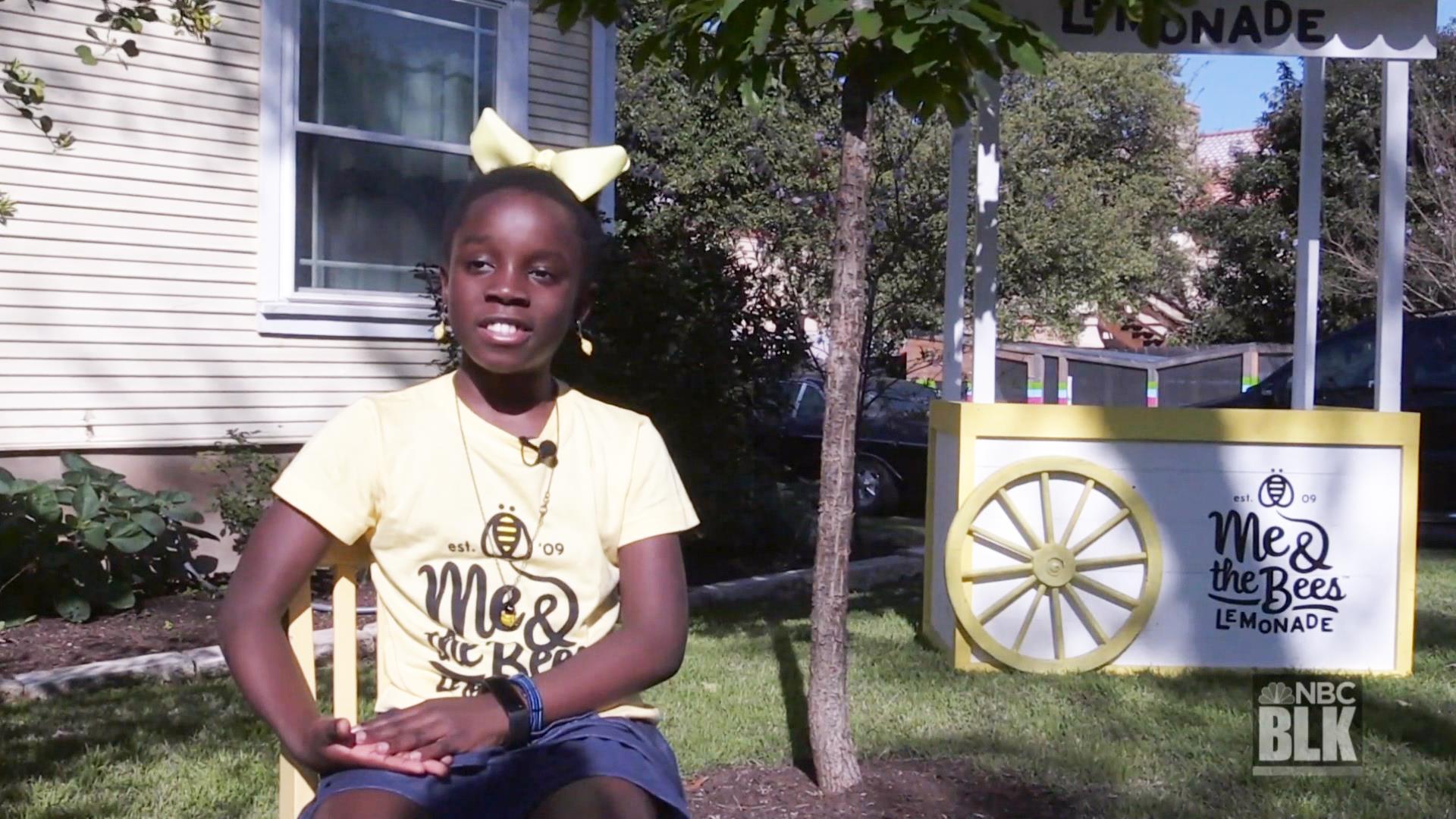 Most 11-year-olds set up lemonade stands on their streets in hopes of getting $1 donations from kind neighbors and walkers.

But for Mikaila Ulmer, a couple of bills in a wooden box just wasn't going to cut it.

After appearing on ABC's "Shark Tank," Ulmer received $60K for her BeeSweet Lemonade.

Now, Ulmer has scored an $11M deal with Whole Foods to sell her lemonade.

BeeSweet Lemonade will be sold in 55 stores across Texas, Oklahoma, Arkansas and Louisiana.

Her recipe is a combination of mint, flaxseed and honey infused in lemonade. Her great-grandmother passed the recipe down to her.

Mikaila, who was once terrified of bees after being stung twice, grew to become "fascinated" with the insects, in her own words.

And that's precisely why she gives a portion of all of her products to bee rescue foundations.

Mikaila has served her lemonade to President Obama and has also won several awards and honors for food and entrepreneurship.

Dominating the entrepreneurial world while donating to a cause important to her at the same time, all while only 11 years old?

Check out these other notable entrepreneurs:

This 11-year-old just scored a very sweet $11M deal with Whole Foods
Co-founders of Birchbox, Hayley Barna and Katia Beauchamp attend the opening of the Birchbox flagship store on July 10, 2014 in New York City. (Photo by Cindy Ord/Getty Images for Birchbox)
Rent the Runway co-founders Jennifer Fleiss and Jennifer Hyman attend the 4th Annual Fashion 2.0 Awards at SVA Theater on March 13, 2013 in New York City. (Photo by Astrid Stawiarz/Getty Images)
Stewart Butterfield, co-founder and chief executive officer of Slack Technologies Inc., smiles during a Bloomberg West television interview at the Vanity Fair 2015 New Establishment Summit in San Francisco, California, U.S., on Tuesday, Oct. 6, 2015. (Photographer: David Paul Morris/Bloomberg via Getty Images)
Snapchat CEO Evan Spiegel speaks onstage during 'Disrupting Information and Communication' at the Vanity Fair New Establishment Summit at Yerba Buena Center for the Arts on October 8, 2014 in San Francisco, California. (Photo by Michael Kovac/Getty Images for Vanity Fair)
Nic Jammet, Jonathan Neman and Nathaniel Ru are the Co-Founders of SweetGreen in Washington, D.C. on October 17, 2011. Jane Black's November column is about SweetGreen and its efforts to stay true to its roots as it grows to be a regional and national chain. Nic Jammet, the young, charismatic co-founder, who is working hard to make sure that they still feature local products from small farms, even in wintertime. They have gone from 1 store in 2007 to 10 today, including several in the Philadelphia area. (Photo by Marvin Joseph/The Washington Post via Getty Images)
Soylent CEO Rob Rhinehart holds a bag of finished product inside a warehouse in Oakland, California where the company runs its business on September 09, 2013. The 24-year-old software engineer developed Soylent, a homemade nutrient concoction, designed as part meal-replacement drink, part thought experiment, providing every necessary nutrient while challenging societys current perception of nutrition. (Photo credit should read Josh Edelson/AFP/Getty Images)
(L-R) Casper Co-Founders & Chief Executive Officers T. Luke Sherwin, Jeff Chapin, Neil Parikh, and Philip Krim attend Casper's LA celebration at Blind Dragon on July 9, 2015 in West Hollywood, California. (Photo by Rachel Murray/Getty Images for Casper Sleep Inc.)
Up Next

More on AOL.com:
'Shark Tank' investor Barbara Corcoran explains why every 20-something should spend a week using only cash
15 quotes from women entrepreneurs to inspire you to run the world
The 10 Cuban-isms of success