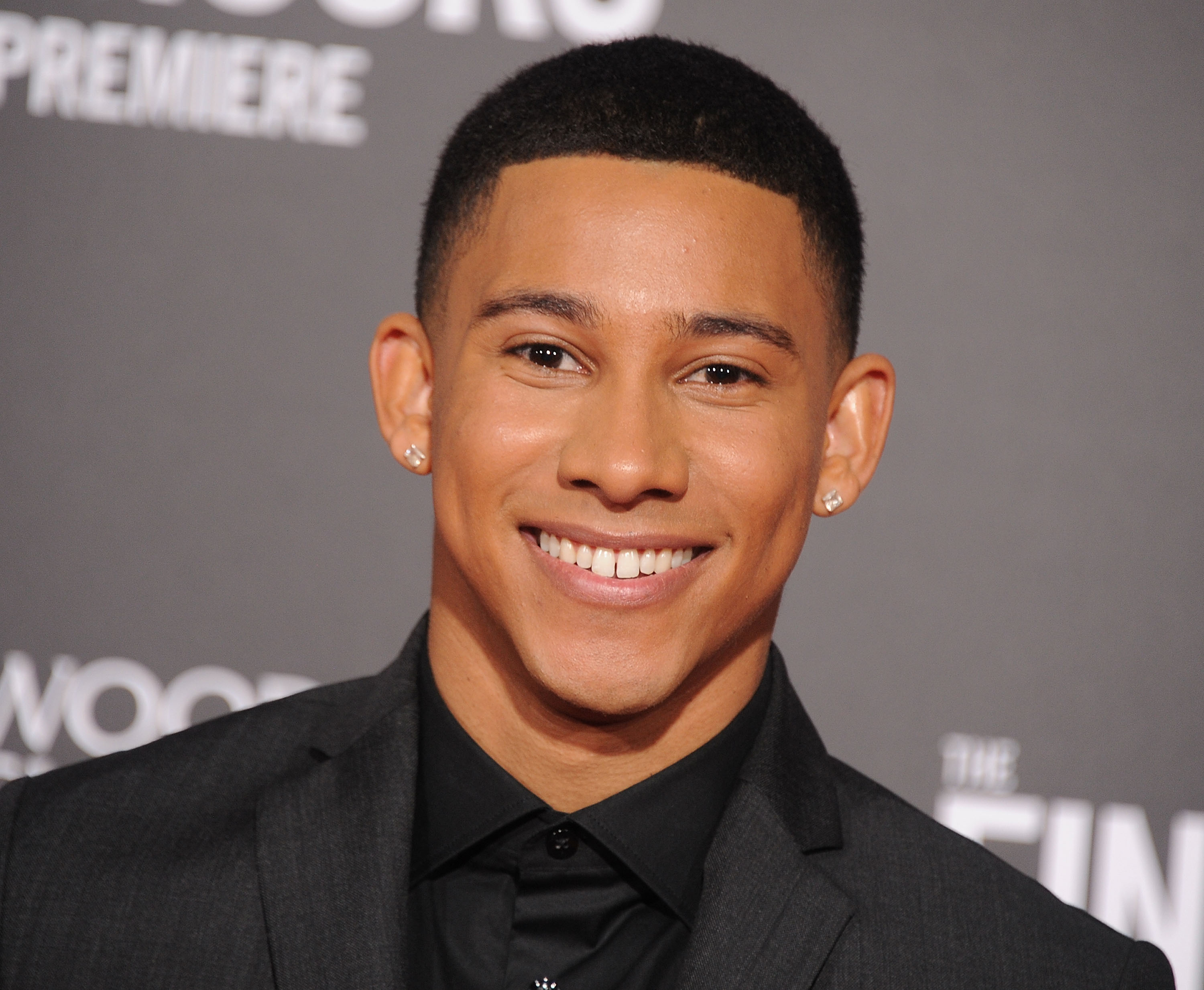 Believe it or not, Keiynan Lonsdale has a bigger personality off-screen than on. That is because Lonsdale's social media pages -- which boast almost 200,000 followers -- are filled with his viral videos which include self-choreographed hip-hop routines and even incredible stripped-down covers of today's hottest hits. It's a side of Lonsdale his fans rarely get to see on television or film.

And any avid follower of the 24-year-old Aussie knows that come Monday morning, they can expect new content from their favorite actor. Lonsdale recently started a series called #MakeItMondays which he hopes can expose fans to his other creative pursuits, specifically dancing and singing/songwriting. (Ed Note: If you haven't seen his routine set to Bryson Tiller's Self Righteous, stop everything and watch this).

So if your only taste of Lonsdale has been as Wally West on "The Flash" or as Uriah in the "Divergent" series, be prepared to see him like you've never seen him before.

Ahead, we spoke exclusively with the triple threat about his fan-favorite weekly videos, his relationships with his fans, and more!

YouShouldKnow is a feature that showcases up-and-coming social stars. To see more of past interviews, including more Keiynan Lonsdale exclusives, click here.

You're really active on social media. How has that influenced your career as a performer?
I use it as another form of a creative outlet, especially my music. I use social media a lot for that. It's also a way to gauge if people my music. I love creating videos, covers, or originals, and being able to put that content online. I think if I wasn't doing music I don't know if I would care about social media as much because it really doesn't come into play with my acting. But at the same time, I love that you can have a big following and have people look up to you. Hopefully I can inspire them in some way, even if it's just a Tweet or Instagram post that makes them happy.

It also gives you another dimension as an actor since it's so personal.
Actually social media is the only way people know that I'm Australian. So people go, "Oh my gosh, he spoke! He has an accent!" So they get to know me as a person rather than just me as an actor.

How you describe the dynamic between you and your fans?
I get a lot of people seeking advice from me on Facebook. They will send me long message and I try and reply to those because they put so much effort to do that. Most tweets are really like, "I love you!" and sometimes I don't really know what to say to that. They are always really supportive and remind me that they've been there since I was posting YouTube videos when I was like 18. That's really cool. They're also kind of funny and it's interesting to see when they don't like something because they vocalize that as well. I went blond for a period of time and these kids aren't shy about saying if they loved or hated it.

How did you start your #MakeItMondays series?
It was only like a month and a half ago and I basically wanted to do it because I'm someone who needs to do multiple things at once or else I go a bit insane. I thought that I needed a project to push myself to do something, so then I thought it would be a good idea to do something every week. Originally I thought I would do a video every month and then for whatever reason the day when I uploaded it I called it #MakeItMondays. And then it dawned on me that I would have videos going up every week. So then I pressed send and then thought, well this is happening. #MakeItMondays force me to create new content and collaborate with other people. Last week I opened up to the fans and I got them to send me whatever they create and they sent me some cool stuff.

You also have an EP out on SoundCloud right now. What is your music creation process like?
I'm always focused on it. It was really hard when I booked "Insurgent." I flew out for that, and then for a period of 9 months it was just acting. Which was new for me being part of such big projects that I couldn't focus on music. I needed to take it seriously. Now I've found a good balance where I'll go to work all day and I usually just do music on the side. I don't make the beats myself so I will usually find them from producers online or producers that I work with and then I usually like to work alone. I have my own little recording studio in my house and I take it with me wherever I go. It just gets rid of all of the stress. And if I've written a good song, then the day is good.

YouShouldKnow is a feature that showcases up-and-coming social stars. To see more of past interviews, including more Keiynan Lonsdale features, click here.