John Kasich: Here are 5 ways Donald Trump proved he shouldn't be president in the past 24 hours 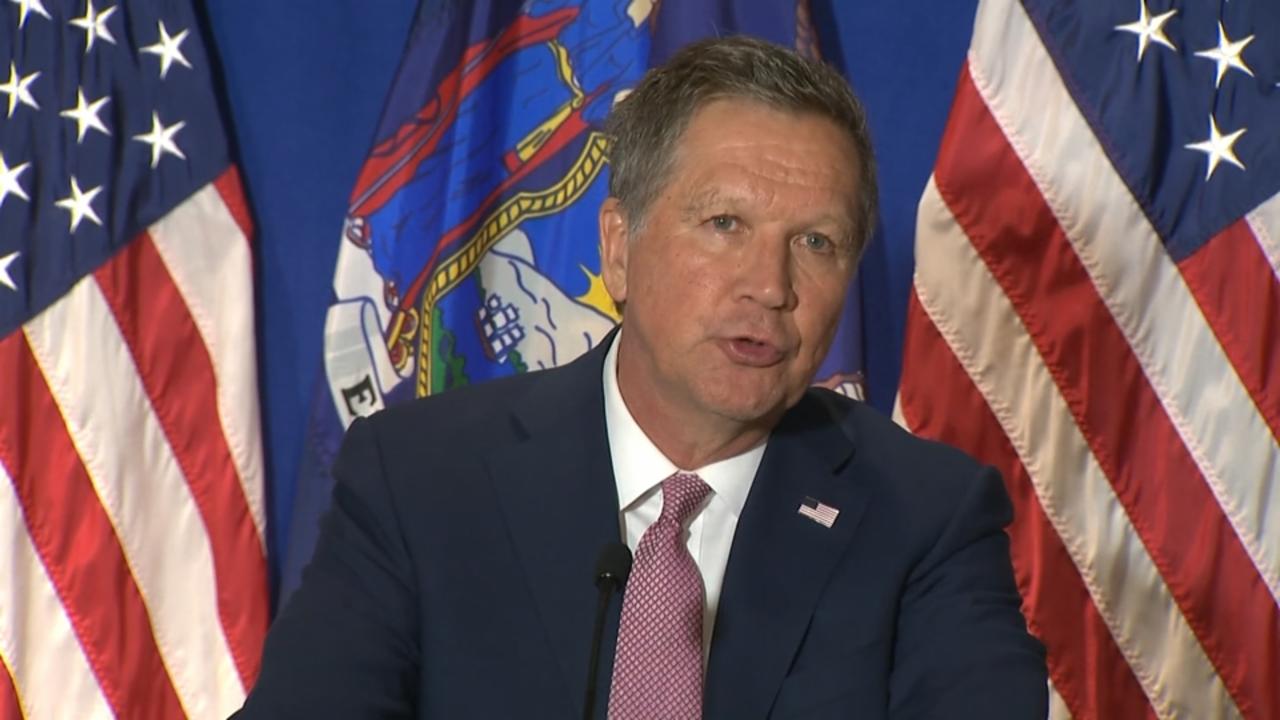 Republican presidential candidate John Kasich held a press conference in New York on Thursday in which he argued rival Donald Trump isn't "prepared" to be president in a convenient.

"I had to list five things that continue to prove that Donald Trump is clearly not prepared to be president of the United States, commander-in-chief, leader of the free world," Kasich said, speaking at a hotel off Times Square.

Kasich, the governor of Ohio, went on to say Trump "has to spend a lot of time trying to figure out how to correct all the mistakes he made."

The press conference came after a tumultuous 24 hours for Trump, in which the mogul claimed that women should be "punished" for having an abortion in a world where they were illegal. He later walked back that statement entirely.

RELATED: Kasich throughout his career

Trump also said he wouldn't take the option of using nuclear weapons in Europe off the table. Kasich said he found that unacceptable.

During his press conference, Kasich was pressed on whether his vow to support the eventual Republican nominee still held true. Kasich insisted he did not believe that Trump, the clear GOP frontrunner, would become the nominee. But despite his opposition to Trump, he did not rule out ultimately endorsing him.

"This will go to the convention," he replied. "Let's see who they pick at the convention. At that point, I'll make a decision about my endorsement."

Here are the five reasons Kasich listed why Trump cannot be president:

2: His refusal to rule out using nuclear weapons

"He actually talked about the use of nuclear weapons, both in the Middle East and in Europe," Kasich said. "You wonder about his hand or his thumb getting any closer to the critical button that presidents are in charge of."

3: His stance on torture

4: His stance on NATO

"He's called on NATO to basically be abolished," Kasich said. "Although I can't figure out what his position is today," he added.

5: His expectations from a potential Supreme Court justice

"I don't even know how he went there," Kasich said.

"Donald Trump suggested that any Supreme Court justice must make a commitment to investigate and review Hillary's emails. That, I don't even know how you do that. That's something I can't even figure out."

More from Business Insider:
Ted Cruz is closing in on Donald Trump in a crucial state
A new poll found Donald Trump falling behind in a key state
'Culture of the Trump campaign': Donald Trump rivals criticize him after campaign manager is charged