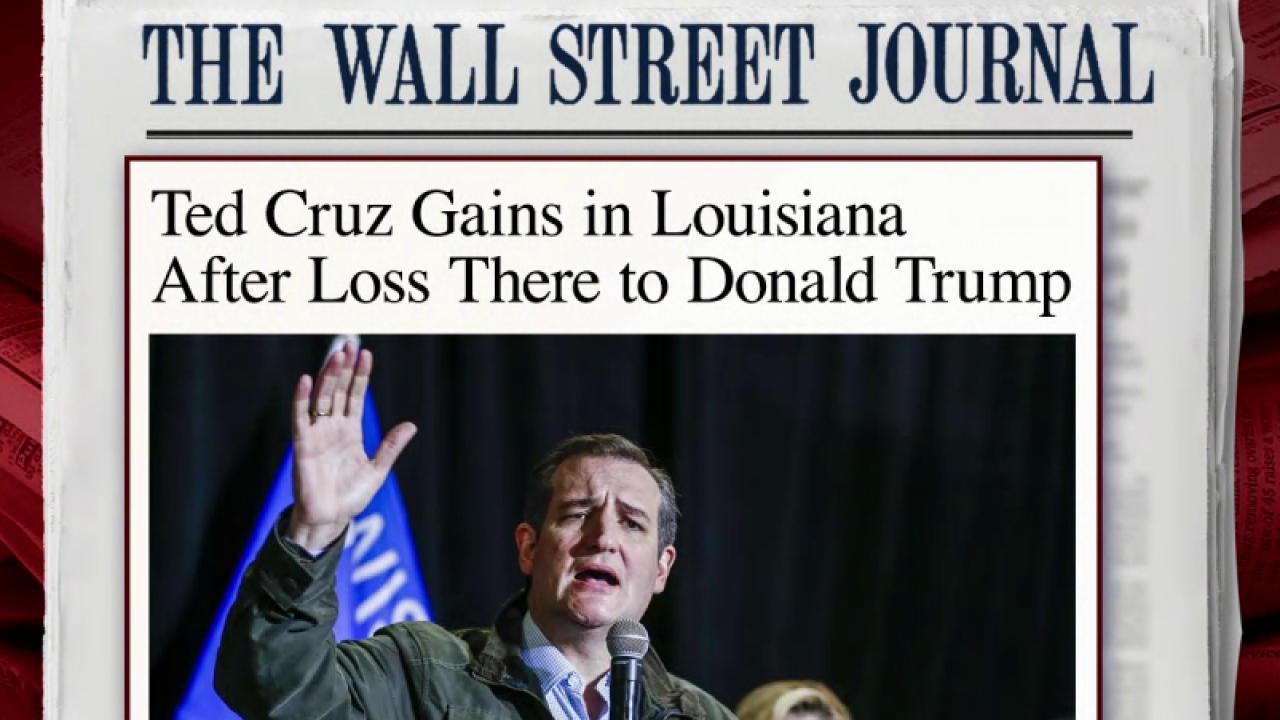 In wide-ranging interviews with MSNBC's Rachel Maddow, Hillary Clinton and Bernie Sanders slammed Donald Trump for suggesting that women be punished for having abortions.

The interviews aired as part of a special with MSNBC Wednesday night.

"What Donald Trump said today was outrageous and dangerous and you know I'm constantly just taken aback at the kinds of things that he advocates for," Clinton said.

Trump made the comments to MSNBC's Chris Matthews earlier Wednesday, but quickly walked them back in a statement that concluded, "My position has not changed — like Ronald Reagan, I am pro-life with exceptions." Still, Clinton said the cleanup did not excuse his comments in the slightest.

"I mean, he would make both women and doctors criminals," Clinton said. "Even other candidates on the Republican side who run for office haven't gone as far as Donald Trump has in recent years, and what he said today is just among the most outrageous and dangerous statements that I've heard anybody running for President say in a really long time."

Sanders, for his part, said that to call Trump's comments "shameful is probably understating that position."

"I don't know what world this person lives in," Sanders told Maddow. "To punish a woman for having an abortion is beyond comprehension. I — I just — you know, one would say what is in Donald Trump's mind except we're tired of saying that?"

Hillary Clinton and Bernie Sanders tag-team Trump in MSNBC special
Just when you thought it couldn't get worse. Horrific and telling. -H https://t.co/Qi8TutsOw9
Your Republican frontrunner, ladies and gentlemen. Shameful. https://t.co/y49Z8YfRgV
.@realDonaldTrump is vocalizing the motivations of every politician who votes to restrict access to abortion. It's about controlling women.
.@JohnKasich reacts to Trump's abortion comments: "Of course, women shouldn't be punished" for having an abortion https://t.co/bLyaNPVGoE
Pretty incredible. Trump's advocated partial birth abortion and criminalizing abortion for women. Largest tax increase ever/huge tax cut.
Are we shocked that Trump has an incoherent position on abortion? He has an incoherent position on anything else.
100% disagree with Trump re abortion but if something's made illegal there has to be punishment for doing it or how else do you enforce law?
When U come out of meeting and see this headline in inbox: Trump Says Women May Need Punishment If Abortion Banned https://t.co/LCx2TOepLQ
Trump on abortion is like Trump on basically everything else: the man has quite evidently put zero thought into the issue. None.
Be fair, was asked if it was ILLEGAL should there be punishment. Shouldn't there be consequences for breaking laws? https://t.co/FcR0IReRM5
Up Next

Both interviews were dominated by Trump, and Sanders and Clinton came together to critique him. They spent much more time pummeling Republicans than each other. And they agreed that their debate has been more substantive and civil and the one on the other side, despite the real differences between the two candidates. Clinton has chosen to largely ignore Sanders, given her massive delegate lead, and Sanders and his campaign have promised to never get personal.

But Clinton had plenty more harsh words for Trump, the man she's likely to face in November if she wins the Democratic Party's presidential nomination, and she suggested the media has given the GOP front-runner a pass.

"Look, I'm not going to — you know, join in the chorus of bashing the press," Clinton said. "But for a long time, you know, I think the media just was in awe of the ratings spikes, and the amazing number of eyes that were willing to watch Trump do anything. And so he was basically unchallenged."

President Obama made a similar critique this week at a journalism awards dinner.

Sanders also blamed the media Wednesday for paying too much attention to Trump's inflammatory rhetoric and not enough to his and other Republicans' policy. The GOP would become a "fringe party" if the media gave Republican policies more scrutiny and focus, Sanders said.

"The Republican Party today now is a joke, maintained by a media which really does not force them to discuss their issues," Sanders said. "All that I'm saying is that Trump is nobody's fool. He knows how to manipulate the media and you say an absurd thing and the media is all over it."

Clinton and Sanders each mainly blamed Republicans for the rise of Trump. "What they've done is to create the environment where someone emerges who is truly, in their view, a personality they don't know what to do with," Clinton said. "And yet on issues it — they should look in the mirror."

While Trump often spars with fellow Republicans Sen. Ted Cruz and Gov. John Kasich, Clinton suggested that the three candidates are "much closer in their ideology and their position on issues than their personal animus perhaps suggests."

"So, when they start moaning, and groaning, and gnashing their teeth, and the best they can do is insult each other's wives, and call each other names, they're not dealing with issues,"Clinton added. "Because they're afraid to deal with him on issues, because he'll turn around and say, 'Well, you said this, and you said that, and I know where you stand.' "

Related: Women Are Already Being Prosecuted for Having Abortions

The former secretary of state said Trump is also "dangerous" and "scary" on foreign policy, pointing to his recent suggestion that Japan and South Korea should be allowed to acquire nuclear weapons. "I get messages from European leaders saying, 'Thank you. Thank you. You know, we - we just thought, you know, that we didn't believe what we were hearing,'" she said.

Sanders likewise called the Republican primary "an international embarrassment" with its attacks on candidates' wives, and said "people around the rest of the world think we are pretty crazy." He added that many "sane Republicans" agree.

Clinton acknowledged that she's started to turn her attention to the general election as her delegate lead grows, but insisted she's still focused on the Democratic primary. Sanders has pledged to stay in the Democratic primary until every state has had a chance to vote and Clinton said she had no problem with that, noting she did the same in 2008.

Clinton did, however, downplay her rival's recent wins in caucus states, arguing the format tends to drive down turnout by making it more difficult to participate. "I think that caucuses are a very unusual way for some states to really choose who they want to be delegates," she said.

A new poll out Wednesday showed Sanders leading Clinton in Wisconsin, which will hold its primary Tuesday. Clinton seems to be more focused on New York and it's April 19 primary, but she denied that she's conceding Wisconsin and announced that she will return there this weekend.

Sanders said he hoped to do well in Wisconsin and that it would depend on turnout. He also said he's begun courting super delegates, starting with those from states where he won contests with large margins, like Hawaii and Alaska.

On the Senate fight over Merrick Garland, President Obama's Supreme Court pick, Clinton dodged a question on whether she would select a different justice if elected. Instead, she said she wanted keep up the pressure on Republicans for refusing to hold hearings with Garland. "I want them to feel as much heat as possible," she said. "I don't want to give them any way out."

Maddow also asked if the Clinton Foundation should be wound down while she runs for president to avoid conflict of interests, since it takes in millions of dollars from wealthy donors to support its global charity work.

Clinton said the foundation's work is too valuable to be shelved, and instead promised transparency. "Be transparent about it," she said, "and let voters and others make their judgment."