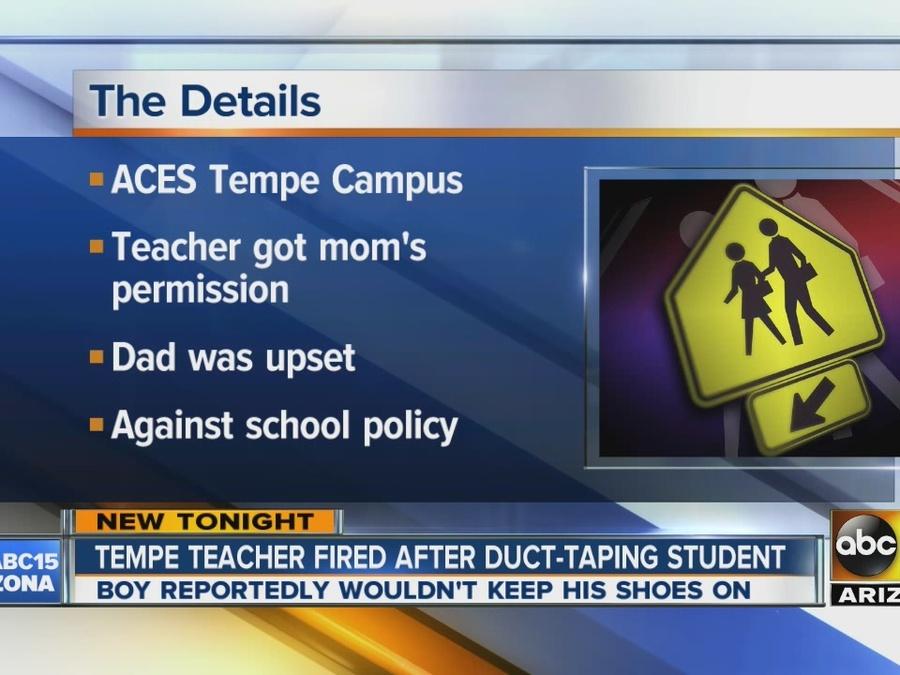 TEMPE, Ariz. — An Arizona father claims that his son was duct-taped by his teacher.

Destin Howato's son, Armando, is 11 years old. He has autism and is non-verbal. His father said Armando has the mental capacity of a second-grader.

He attends a school geared toward students with special needs.

RELATED: A 12-year-old girl with special needs is in a hospital after her father discovered her in dangerous shape

The school admitted what happened, saying that the teacher used the strong tape to keep Armando's shoes on,KPHO reported. The teacher said Armando kicked them off several times and that his mother gave permission to use the tape, but she did not know that some of the tape adhered to Armando's skin.

Howato went to police and had charges filed against the teacher.

The school said the use of duct tape is against its policy and has since fired the teacher.

Watch the video below:

Melissa McCarthy's co-stars couldn't hold back their laughs in these hilarious "This is 40" outtakes
This is the best car dealer commercial you'll ever see
As soon as the train doors shut, riders quickly realized it was not going to be an average Thursday