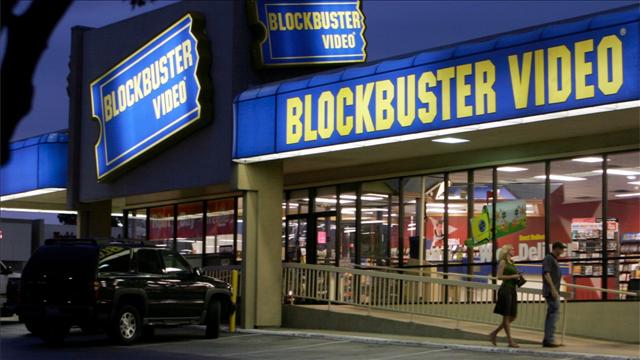 It seems like just yesterday that a weekend wasn't complete without running to Blockbuster to pick up the perfect DVD and bucket of microwavable popcorn for a Friday night in.

But those are just memories of the past, right?

By November 2013, our aisle-strolling hearts were broken when Blockbuster announced its plan to close all of what remained of its company-owned storefronts (as well as to shut down its Netflix-style disc-by-mail service).

SEE ALSO: Amazon may be trying to push customers into prime memberships

But in El Paso, there was a way around the shutdown.

Four franchisee locations remained open, all of which were owned by Border Entertainment LLC, which is based out of Austin, TX.

An awesome look back at Blockbuster's success throughout the years:

0 PHOTOS
A look back at Blockbuster
See Gallery

Yes, you can still visit Blockbuster stores today
Up Next

But on March 26, Border Entertainment owner Alan Payne, announced the inevitable end of an era:

"It's been a great run, but over the past few years more and more people have changed how they watch movies. This has caused a gradual decline in sales that has necessitated our decision to close the stores. We hope everyone will come visit us over the next few weeks so we can thank them for 24 wonderful years. It's also the last chance to buy used movies and games from our very large inventories."

The El Paso locations will re-open on April 2nd for an everything-must-go clearance sale.

Border Entertainment plans to still operate stores in Texas and Alaska, and it's estimated that around 50 Blockbuster locations are still in business.

So if you're looking for one last stroll down those magical aisles, anything is possible--just like the movies.

RELATED: Check out these inspirational movies for entrepreneurs

More on AOL.com:
She created Netflix's culture and it ultimately got her fired
5 movies to inspire you at work
15 documentaries on Netflix that will make you smarter about business