Keke Palmer ushers in a new era of empowering music 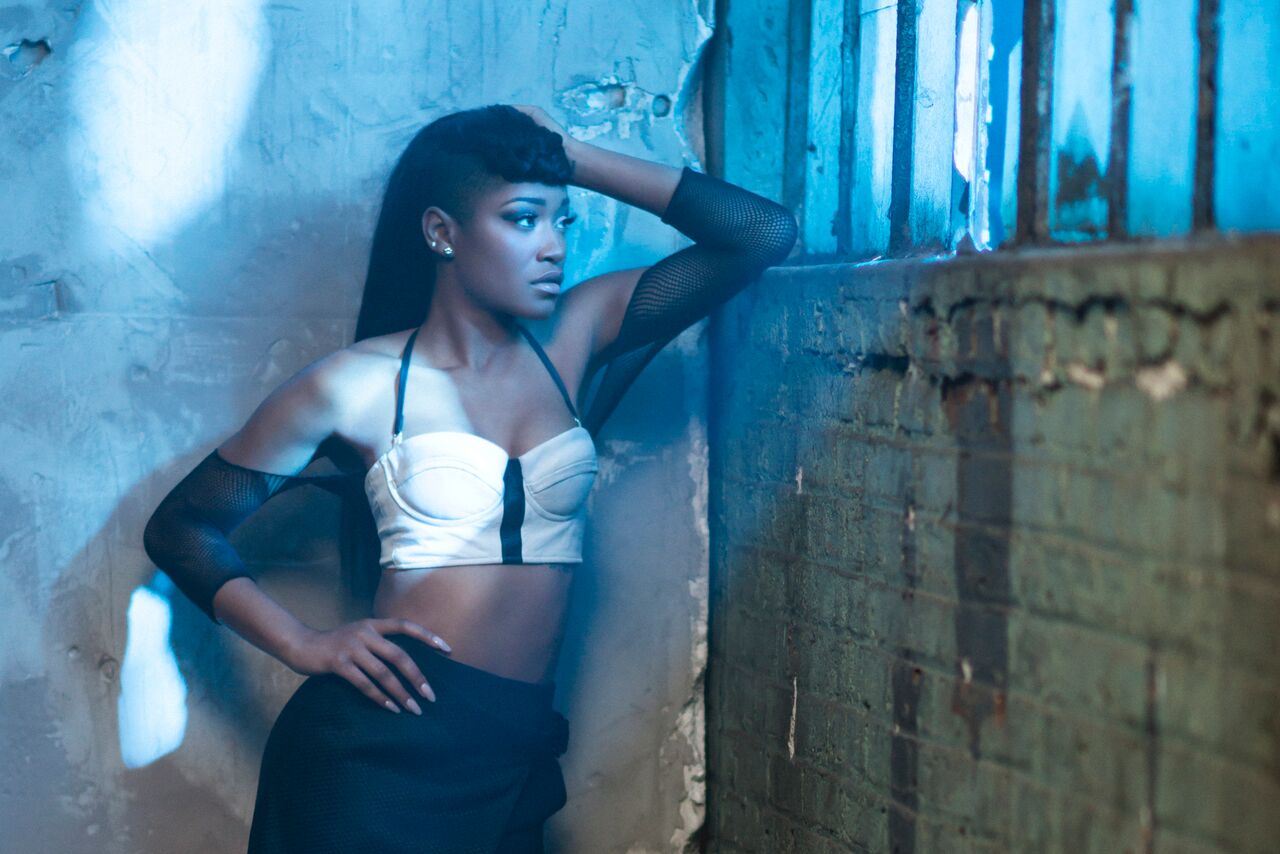 Keke Palmer's resume is a testament to her work ethic. She has dedicated the past 13 years of her life to the entertainment industry. Palmer has earned over 40 television and film credits, nominations for 31 different awards, an acclaimed full-length album, and even the title as the youngest TV talk host in history. She's a powerhouse in every sense of the definition. And her trailblazing isn't going to let anything get in her way -- especially labels.

As Keke enters in her new era of music, she's made it her mission to no longer have her artistic creations be tied down by categorization. As she claims, "Good music is good music. It doesn't matter the genre." And if you listen to her newest single, "Enemiez" it's clear to see just how this mélange of influences takes place -- there's hints of Janet Jackson, Motown, and even Ciara that come through in Palmer's husky vocals. Palmer is helping pave the way for a new era of "pop" music, where pop is no longer just a one-dimensional genre. It's filled with R&B, dance music, grunge, and it knows no boundaries. As a result, "Enemiez" (which you can stream below) is not only completely infectious, but it is also proving that a label-less single can hold its own.

But what makes her newest music venture so poignant is the fact that Keke as an artist has reached a point of a self-enlightenment, realizing that her music moving forward will be first and foremost about her. It's a level of empowerment that most celebrities only hope to attain. Keke realizes that if people resonate with her newest album, then that's great. And if it doesn't, she can still sleep at night knowing she's finally found her voice (and really, no chart number can compare to that).

When we spoke to Keke Palmer recently at our New York City offices, one thing was clear, she's going to be a force to be reckoned with in the years to come. Her drive and tenacity -- and now newfound self-awareness -- is the recipe for Palmer's undoubted future successes. Whether you've been following Keke's career passionately over the past decade or haven't caught up with her since her Disney days, everyone should be prepared to see Palmer like you've never seen her before.

Ahead, we picked Keke Palmer's brain about her newest track Enemiez, how she's channeling in her creativity to help others, and more!

And if you want even more Keke Palmer news, head over to AOL.com at 12 p.m. ET to see more exclusive features, including the incredible reason behind her self-love messages.

Your newest song is definitely a mix of all these different types of genres. What influenced you going into your new phase of music -- what sounds were you listening to, who were you relating to?
For so long I would hold these limitations over my mind — I grew up in a church, I'm black, so I need to sing this type of music. And it was so hard for me to become the type of artist that I wanted to be because I was limiting myself. Color has nothing to do with the type of music you make. If you're soulful, your soulful voice is going to pull through no matter what type of track is playing in the back. So working with Sam Watters, he really helped me to realize, yes I'm inspired by Brandi, Aaliyah, and TLC, but I also grew up with Gwen Stefani and Avril Lavigne, and I loved all of those girls as well. And he allowed me to feel as though just because I look different than them or didn't grow up immediately listening to that music, at the end of the day, it has still influenced who I am.

So we began to play around more with different writers and producers and then I started to hear all these different influences come out of me that I didn't realize that I had. And then I started to hear my own voice. And that's what happened with Enemiez. I remember the first time I recorded it, it sounded like a demo because I was playing a character as opposed to really putting my emotion behind it. And once I did, and as I continued to make the album, each and every song I heard my voice and thought, "This sounds like me." That's a really good feeling. It's such a relief you're just like, That's me! But you get fearful because so many different people tell you who you are -- especially in the music industry. Everybody is like you're this person, you're that person, you're Mary J Blige. I love all of those people and they all influenced me, but I am myself.

It's interesting now to see this shift from the demands of music industry determining records to now focus back on the artist. Rihanna's definitely the first person that comes to mind when you think about how this is changing.
But also they're realizing that the kids are going to listen to what they want to listen to. you can't control it now with radio, you have the Internet where you can search or you have Shazaam and can find out what other songs people are listening to. People are realizing that genre really doesn't matter anymore. Look at Travis Scott, he's hip hop, alternative, grunge, all these different things. People are now realizing that good music is good music and it doesn't matter the genre. And Rihanna was one of the first people who said that she never knew the difference between pop and R&B, but that she just knew the difference between a good song when she heard one. And she grew up on the islands so she was exposed to a lot of different influences. I remember hearing her saying that and thinking that's hella true! Music is good music, you're going to like it no matter what the genre is.

You are involved in a lot of initiatives whether they be charity based or social justice based. What are causes that are close to you are most passionate about?
Anything dealing with the youth, honestly. Because the kids are our future and even when I'm not a youth anymore, I think I'll always feel that way because we have to continue the message of love, sharing, caring, and not limiting yourself. So for me, it's all about creativity and opening that side of the mind. I feel like so often, especially if you're living in the inner city, that is not encouraged because the schools don't have the funds and it's getting really terrible at this point. So for me, I'm actually trying to start my own charity where I can go to schools and be creating these mini curriculums, where I can show and give kids tools to be creative independently. So I'm really excited about that and I'm trying to get that together with my mom. It's going to be called The Kids.

It's so needed! Where I'm from isn't even a lower income area, and the arts programs are already out the door.
That's just so crazy to me! That's the point of life is tapping into your creativity and passion and for that to be gone is your leading people to feel like they can only have these robotic lives. And for some people that's fine. But if you have a passion, you need to be able to explore that.

You're dabbling in a lot of different projects right now. Where do you see yourself in five years?
In five years I definitely see myself doing some stuff behind the screen. I love to start making more film opportunities for my generations, especially if it's artist development. I really want to help others along the way. There's so much talent out there that don't know that they can change the world unless someone can help guide them in the right path.

YouShouldKnow is a feature that showcases up-and-coming social stars. To see more of past interviews, click here. And come back at 12 pm EST for more exclusives on Keke Palmer, including the incredible reason why she's now a big believer in self-love.