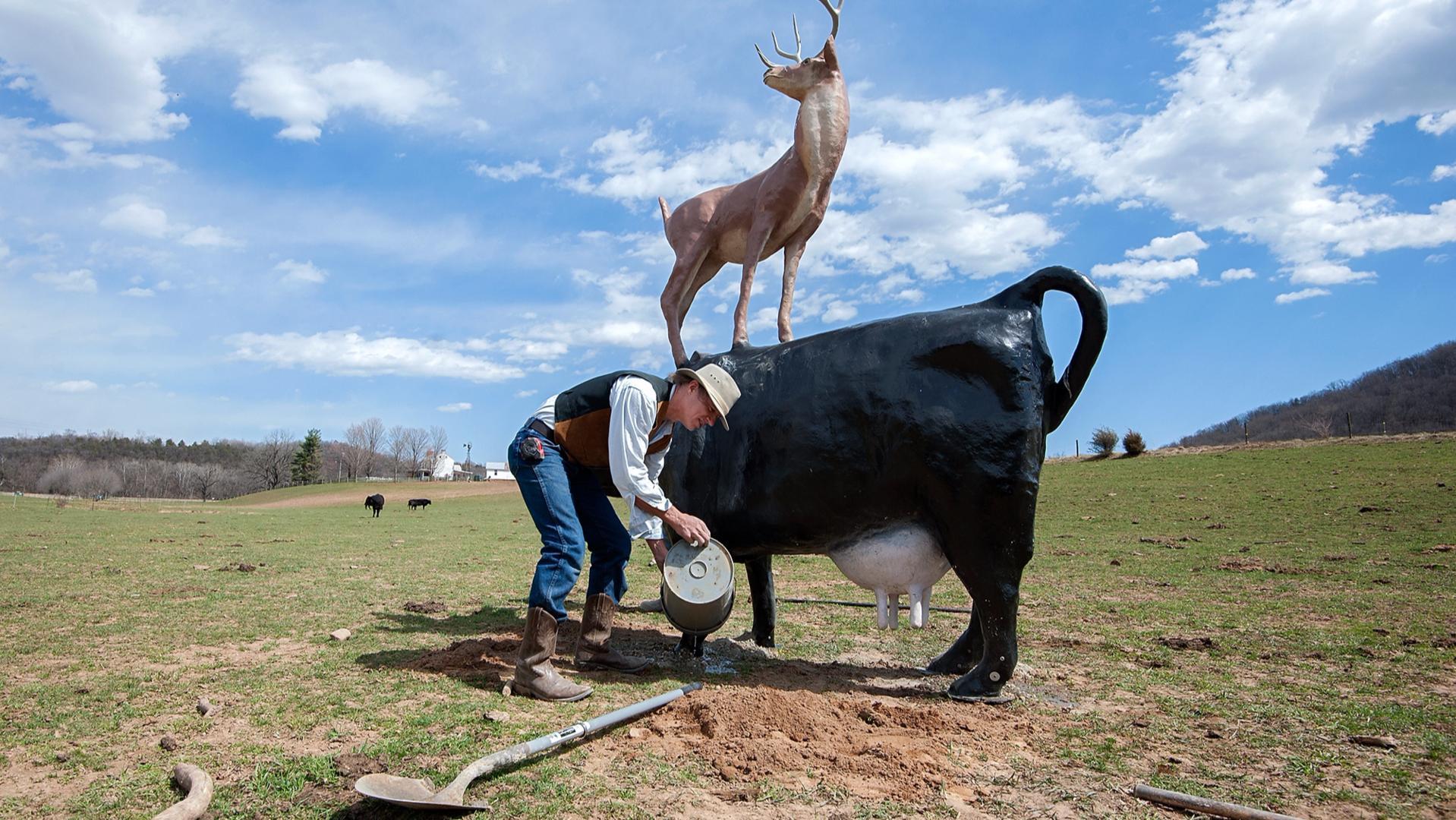 The calendar may still say March, but April Fools Day is already in full swing in brand-land.

Esurance got a head start on the annual bacchanal of marketing gimmickry with a commercial announcing that it will begin offering "election insurance" for voters who can't stomach the idea of a certain presidential candidate getting keys to the nuclear codes.

SEE ALSO: Spotify soars back to the '80s with 'NeverEnding Story' tribute

Backed by an overblown patriotic soundtrack, brand spokesman John Krasinski intones about the "modern world evolving" as a horrorstruck family learns the election results and promptly packs all of their belongings into a van.

The style is so close to Esurance's standard advertising fare that if you weren't paying attention to the words, you might not notice anything amiss with the spot.

The premise of the fake insurance is that the company will protect your home should you decide to expatriate.

"Every four years, we hear from countless dissatisfied Americans who threaten to leave the country if the 'wrong' candidate is elected into office," said Alan Gellman, chief marketing officer at Esurance.

"This year, we're very pleased to announce our newest innovation—Election Insurance. If your preferred candidate loses the election, Esurance will protect your home so you can move out of the country worry free."

The nightmarish circus that is the 2016 election has already provided plenty of fodder for brands of all kinds to poke fun at deep-seated American fears.

Bud Light has based its latest advertising campaign around an apolitical "Bud Light Party" with Seth Rogen and Amy Schumer at the helm. And on Monday, Spotify debuted a similar ad about dissatisfied voters heading across the northern border.

The Hoff pasted to the back of her car , someone was in that front room playing video games or something and never saw us do any of this.

It's easy to find the poster I added, but I can't take credit for it. I read about some genius posting these around New York City. I found it hillarious, and so did anyone I showed it too. It went over pretty well... for a few hours. But once again, someone without a sense of humor took these down too.

Do give this one a try! (IF you have no printer, you can always sketch a fish on paper, right?) Works excellent on colleagues, fellow students, family members and random strangers.

Topeka? Yes, for April Fools Day, Google changed its name to Topeka. There is a story behind this prank.

For April Fools day, I converted my site into a Lisa Loeb fan site.

Ready for a shopping experience built around you? Buckle up. The #FannyBasket has arrived. Check the link in our profile for the whole story.
Up Next