YELLEN: The Fed is in no rush to raise rates 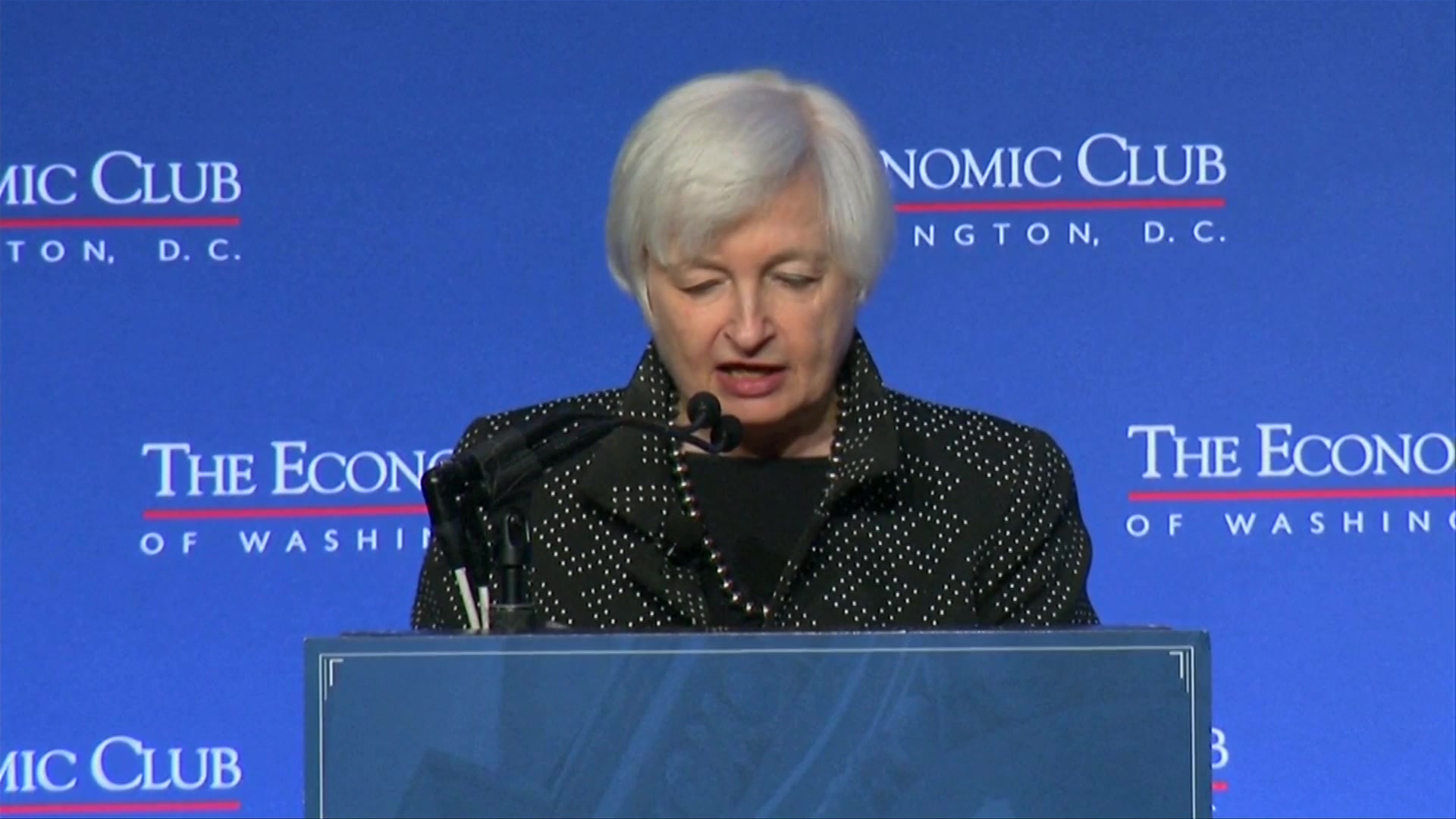 Yellen is speaking at the Economic Club of New York.

In her prepared remarks published before the speech Tuesday, Yellen said raising rates with caution is "especially warranted."

That's because the Fed would be in a better position to raise rates in an economy that's strengthening faster than expected.

But if it needed to provide more stimulus by cutting rates in an economy struggling with low inflation, its tools are more limited.

Or, as Yellen said, the FOMC's ability to use conventional monetary policy is asymmetric.

In December, the Fed raised the benchmark Federal Funds rate to a range of 0.25% to 0.50%, after keeping that range near 0% for seven years. So if it had to cut rates, there isn't much room to go lower without turning negative, although Yellen says the Fed has other tools to put downward pressure on long-term rates.

"Reflecting global economic and financial developments since December, however, the pace of rate increases is now expected to be somewhat slower" Janet Yellen

It's the first time we are hearing from Yellen since the Fed's meeting two weeks ago, when it cut its outlook for interest rate hikes this year from four to two.

Yellen follows at least four regional Fed governors in the last two weeks, who at times sounded more willing to raise rates than she did at her press conference. But it seems Yellen is sticking to the script.

In a note to clients, Renaissance Macro's Neil Dutta wrote: The FOMC is becoming increasingly more accommodative. The Fed is more accommodative for two main reasons in our view: (1) weak global growth and (2) to make sure inflation expectations remain anchored. This speech kills [a] June [rate hike], in our view.

The contention largely revolves around the "dot plot", which shows FOMC members' expectations for rates, and telegraphs the number of hikes they expect. Yellen has the burden of crafting a message that leads the market away from the precision of the dots to the Fed's intended message, according to BMO's fixed income strategy team in a morning note.

Stocks surged into the green after headlines from Yellen's prepared remarks crossed. The dollar fell, while Treasuries gained.

The Fed fund futures market fully priced in the next rate hike for January 2017 after Yellen's speech crossed.

Refresh this page for updates.

NOW WATCH:Muhammad Ali's daughter went undercover as an inmate in an Indiana jail — this was her scariest moment

See Also:
Here's what usually happens in markets after Janet Yellen's speeches
Everything the Federal Reserve has been trying to do could turn out to be wrong
FED'S BULLARD: The dot plot is probably unnecessary

READ ALSO: Everything the Federal Reserve has been trying to do could turn out to be wrong