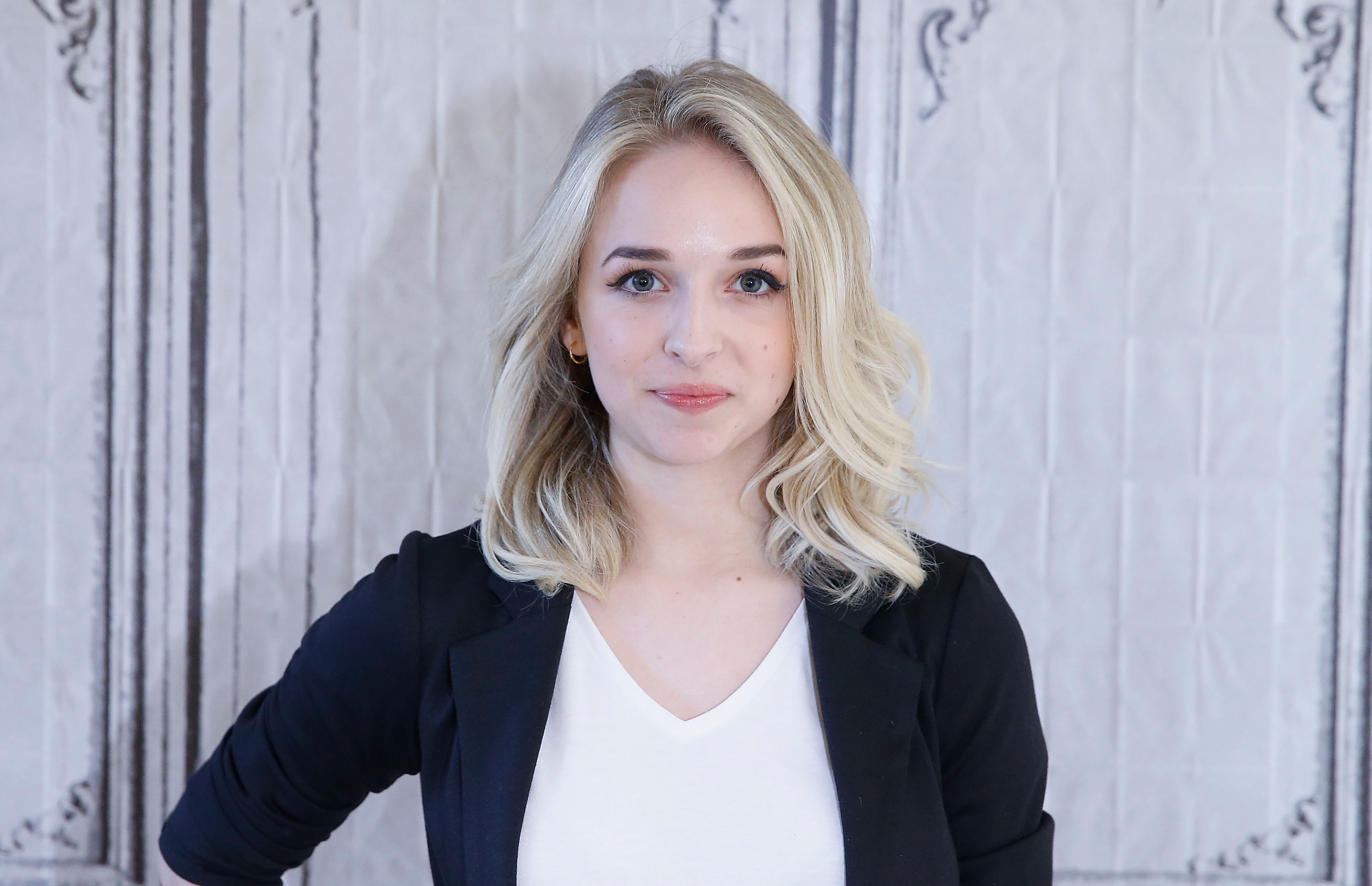 Jenn McAllister may only be 19, but she already has a resume that can compete with some of the biggest names in the entertainment industry. Better known by her YouTube aliases jennxpenn, jennxpenngames, and jenn, McAllister runs three very viral YouTube channels that in total have amassed almost 4 million followers. In addition, she also has a full-length book under her belt, has been nominated for three Teen Choice Awards, produced and acted in the film "Bad Night," and is now starring in the YouTube Red series "Foursome" alongside fellow social stars Logan Paul and Rickey Thompson.

Her incredible success story is proof that age is really just a number. Jenn started making videos as early as 8 years old with her parents' VHS camera, crafting scripts and editing footage completely solo. It's what helped prepare her to create a YouTube channel four years later. Jenn has since created a unique voice and video style -- a feat that's incredibly impressive when you factor in that her filmmaking talents are completely unstudied. It's this raw, authentic ability that makes her so likable on-screen and off.

We had the exclusive chance to sit down with the viral YouTuber about the influences that went behind creating her internationally acclaimed channel, how she came up with the idea for her book, and more!

And if you want even more Jenn McAllister news, head over to AOL.com at 12 p.m. ET to see more exclusive features, including her biggest pieces of dating advice.

You've been in this world for seven years now, but before you made your YouTube channel you were making videos. Tell me about that?
I've always loved making videos my entire life. I have always had a passion for acting but I'm from a small town in Pennsylvania so I used to make videos and force my parents to watch them. And I came across YouTube in 2009 and I saw other people posting videos online so I decided to post my videos online. That's how I got started. I was twelve years old at the time and I didn't know what I was doing, but then this happened.

How old were you when you first started on camera before you were on YouTube at 12?
I was 8 years old.

What kind of gear were you using then?
So I found my parents' old video camera in a chest under our piano. And I don't even know what kind of camera it was but it recorded on a VCR tape. It was the biggest camera I have ever seen. It was a normal thing back then -- well maybe a little bit out of its time. I used a Dell computer and I edited on Movie Maker when I first started. But I lost everything that I made when I was younger because my computer blue-screened, if you know what that means. It just crashed. So I lost all of my videos that I made during my childhood.

When did you have that first aha moment that people are watching?
When people in my high school found out. That was the worst. Because I'm from a small town and YouTube was nothing like it is now. It was 2009 so everyone was like, "What is this girl doing." It was discouraging because I did not want to stand out in school. I just wanted to go to school and learn, then go home and hang out with my friends. But I didn't want other people to talk about it. But when it stated picking up even more, people stopped being like, "This is weird" and started realizing "This is cool."

Was that your first exposure to people who don't necessarily get it, so you just had to tone it out?
Yes, exactly. Which was frustrating especially because I was younger and when you're younger you don't have that much self confidence. It was definitely not the best but I made it!

Made it is the understatement of the century! When did your parents first acknowledge this as a thing that you could and should be doing?
I think when I started working with companies and flying out to LA for it.

You've been on a crazy hot streak year after year. You also went on tour at one point -- what was that like?
So my friend Tyler Ward is a musician and he was going on a North American tour. I think it was for 19 or 20 cities but I could only make 17. And he basically asked me if I would like to join him on the road and we combined our audiences. He would sing on stage, and I would host it. I also held a meet and greet before hand so I could meet everyone. So it was like the best of both worlds and it was really, really fun. I had never done much traveling as a child so it was the first time I got to see this country.

And then you moved out to LA because you got picked up by Awesomeness TV, right?
Yeah I moved out there the summer between my junior and senior year of high school. And I was like "I will be there for the summer and then go back to school." But then my channeled multiplied by two and I got offers from a bunch of companies so I decided to do my last year online and just stay.

That's not an easy decision to make.
No definitely not. And if I didn't have those support of my family I would not be able to do it. I had a really close knit group of friends and I also became really close to the adults working at Awesomeness TV -- I just had a lot of people looking out for me. If I didn't have any of those people I wouldn't have been able to make that transition. I was 16 and just turned 17 a few days later. It was insane. My mom is a little cray for letting me do that.

And than after all this stuff you write a book -- where did that come from?
I've always loved writing. English was constantly my favorite subject in school. Being a YouTuber I do all of my own lot of things. I don't write scripts but I do come up with concepts. Generally I like to compare making a video to writing an essay because there's a beginning and an end, and the meat of it which is kind of the same. So I always wanted to write a book, that's been something on my bucket list. And I was approached by Scholastic with an offering to make a book and of course I jumped on it. I decided to write about my YouTube journey. It's a memoir, but not about my whole life because I'm only 19. But I do want to write a memory later. It starts off in middle school and it goes to present day at the time I was writing it with outlooks on the future. And I talk a lot about my experience in high school, give advice to other kids in high school, and I give a lot of tips to making videos on YouTube. I have a Top 10 list in every chapter because that's a show I do on Awesomeness TV. It's basically a book about my journey, taking pieces that I learned from it, and reciting it back to people who might find it interesting.

YouShouldKnow is a feature that showcases up-and-coming social stars. To see more of past interviews, click here. And come back at 12 pm EST for more exclusives on Katrina & Karena, including their most inspiring success story to date!