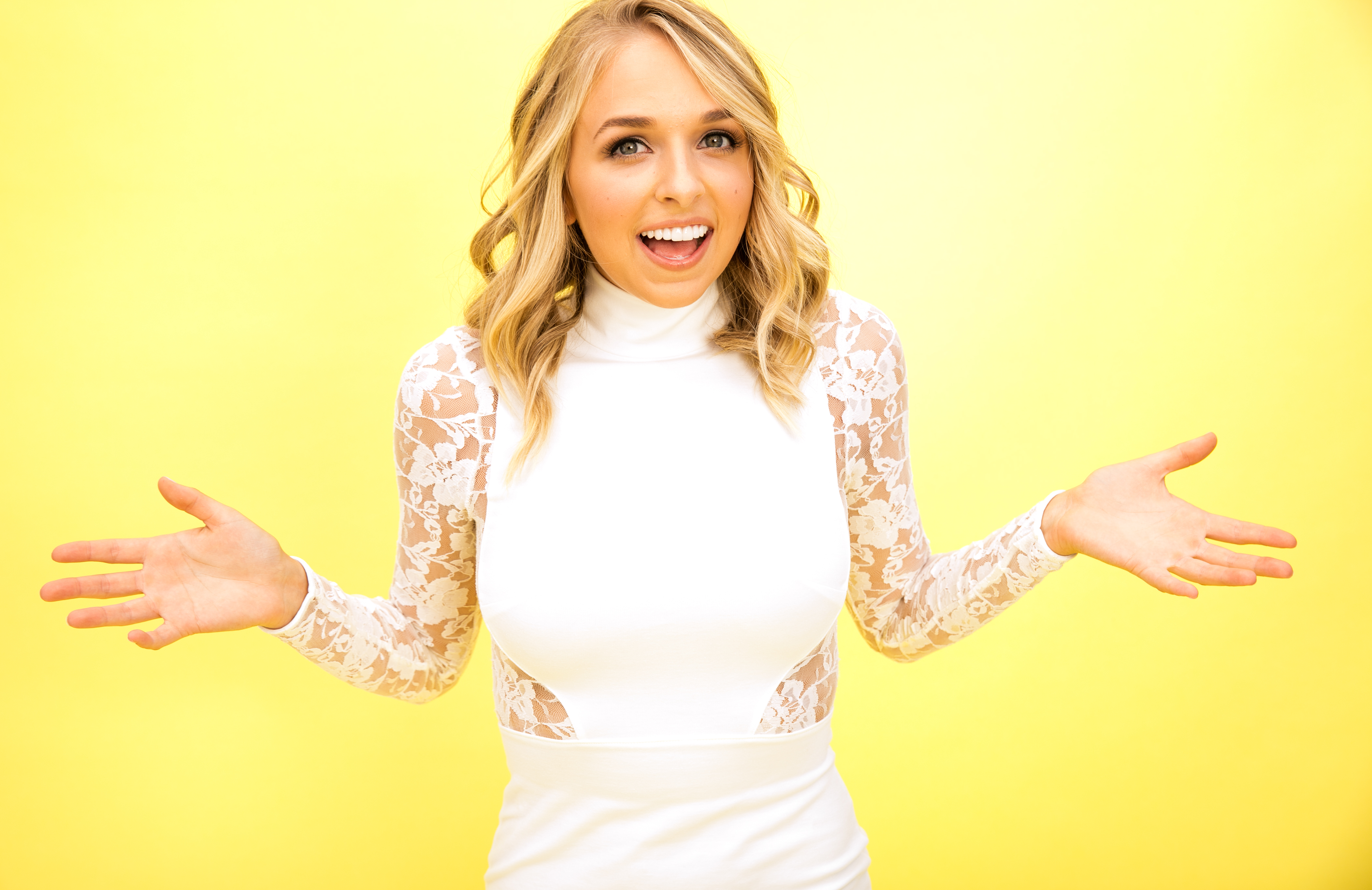 If you're like us, when you watch a film, you tend to wonder if on-screen chemistry between actors is as authentic as it looks. Especially when we caught a glimpse at the new YouTube Red series, "Foursome," -- which features a hysterical cast comprising of Jenn McAllister, Logan Paul, Brooke Markham, Cameron Moulene, Rickey Thompson, and Meghan Falcone -- we were left wondering just how tight this cast was when the cameras weren't rolling.

Good news for fans of the series (which premieres tomorrow exclusively on YouTube Red), the cast's undeniable bond is completely real. We recently caught up with the star of "Foursome" Jenn McAllister and asked her all about the cast's on-screen and off-screen friendship. Ahead, find out how she describes the dynamic on the set, what it was like for her to create her book "Really Professional Internet Person" while filming at the same time, and more!

YouShouldKnow is a feature that showcases up-and-coming social stars. To see more of past interviews, including more Jenn McAllister features, click here.

YouTube has sort of fostered new types of people. It's not just actors, it's people who can edit and film and do everything. Was that something that just came naturally to you?
I honestly don't know. Thinking about myself as a 12 year old figuring it out is crazy because I don't know how I really figured it out. I just taught myself everything. At the time you don't really think when you're a child, that I'm an editor, writer, or producer, you're just making videos. But when I look at it today, I'm doing all these things which is pretty cool. It's a learning curve. When you look back at my old videos some of them are edited differently, some of them are different genres. I eventually found my niche.

In the same year as your book -- I assume you didn't sleep -- you were in a movie. What was that like?
Yeah! I was working on those at the same time. I was writing the book while I was on the movie set. And I produced that movie too. So it was a crazy year. I made a movie with my roommate, she's also a YouTuber. We worked with this company called GRB productions and they approached us and they said, "We want to make a movie and we want your help." It was the best opportunity; it's something that never happens so we said sure. We worked on that project from the beginning. The first meeting was the team asking us what kind of movie we wanted to make. And we came up with this concept roughly based on two true stories in my life but we amped it up and changed it a lot. It's about two girls who leave on a field trip. I actually had a field trip to The Met and I left and walked around the city with my friend. So we took this little concept and built it up into a big movie. So we did everything for that. We didn't write the script but we read though every version of it, and we hanged things, and helped with casting. I was literally sitting in a music studio listening to music for that film. So we literally did like all the aspects of the project. It was really cool. And we starred in it too. It was like a YouTube video times 20.

AHHH! THE FINAL COVER OF REALLY PROFESSIONAL INTERNET PERSON! I'm so excited to finally share this cover with you :) ***YOU CAN PRE-ORDER NOW, LINK IN MY BIO!***

That brings me to today, where you have Foursome on YouTube red. What was this experience like?
This is so much different. I just auditioned for this and I got the part. It was really cool. I loved the idea for it. I went for the audition, got a couple callbacks, and then got the part. And I was like, "Awesome! Let's do this."

What is it like on set?
It's so much fun! I actually didn't know any of these people. I knew who Logan and Ricky was but I wasn't friends with them. For Brooke, Megan, Cameron, I didn't know them at all. We all immediately clicked. It was like summer camp because we shot for five weeks and it was like 12 and a half hour days and you were just surrounded by these people at all times.

Logan plays your brother in "Foursome." Was that one of those things you had that bond right away?
Logan is pretty scary. He's a big guy! But me and him clicked really immediately. I can't enough good things about this case because if we didn't get along as much as we did, I'm sure the chemistry wouldn't come off as much as it does. But the whole cast really had such great chemistry.

YouShouldKnow is a feature that showcases up-and-coming social stars. To see more of past interviews, including more Jenn McAllister features, click here.