Some iconic Disney characters are getting the Lego minifigure treatment, many appearing in the brick form for the first time.

The 18-character lineup is not part of any set but stands on its own, akin to the licensed line Lego did with The Simpsons.

The characters include Disney mainstays Mickey Mouse, Minnie Mouse, Donald Duck and Daisy Duck; characters from the 1950s such as Sleeping Beauty's Maleficent, Peter Pan and Captain Hook, and Alice and the Cheshire Cat from Alice in Wonderland. 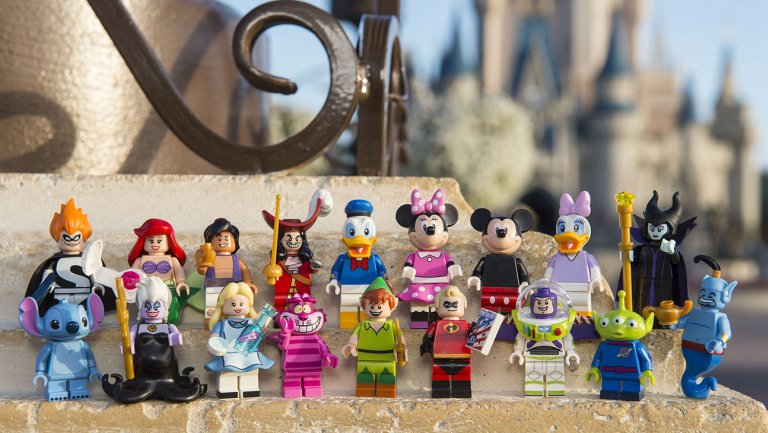 More recent decades are represented with Ariel and Ursula from The Little Mermaid; Aladdin and Genie from Aladdin; and Stitch from Lilo & Stitch.

Pixar has stake withToy Story's Buzz Lightyear and an alien (from Pizza Planet) and as well as Mr. Incredible and Syndrome from The Incredibles.

The Incredibles figures are making their first Lego appearance with the line while others, such as Ariel, who already has a figure within the Lego Disney Princess collection, appear to be new versions.

Lego is releasing the figures May 1 for $3.99 each. They will come in blind packaging so fans and buyers won't know which ones they're getting until they open them.

Check out more Disney fun in the gallery below!