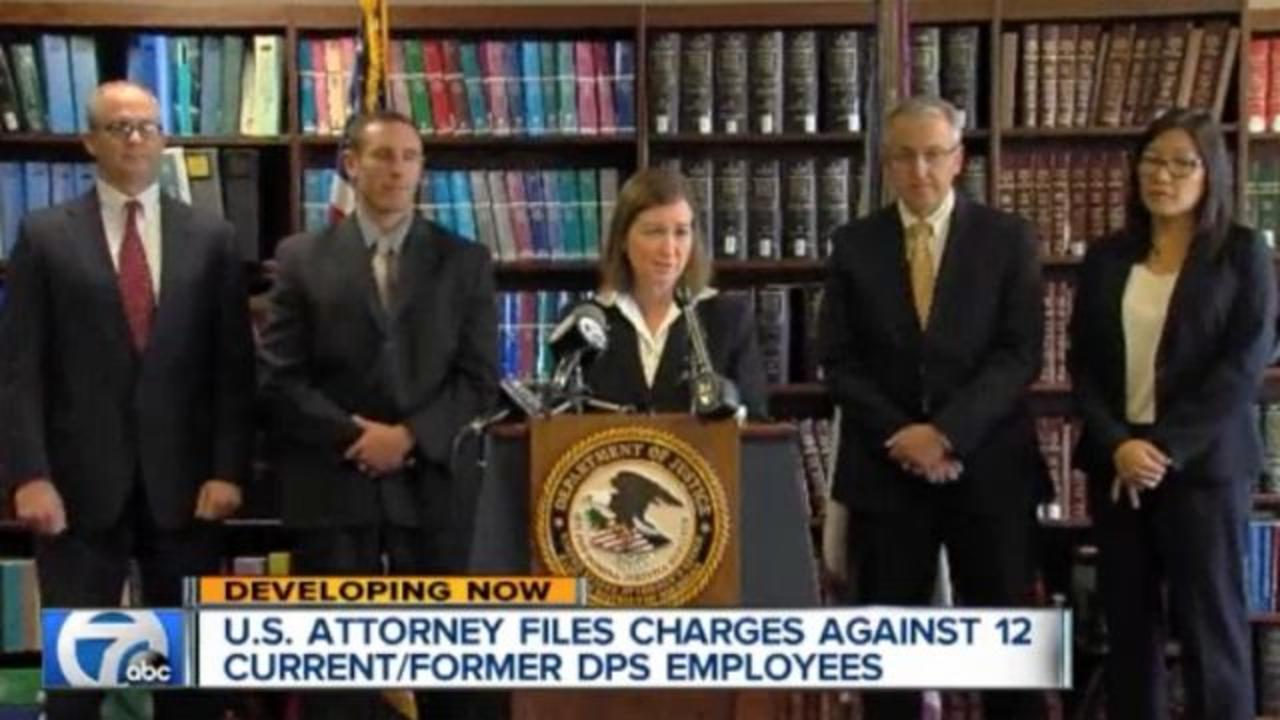 The charges come a month after Michigan Governor Rick Snyder named a federal judge who oversaw Detroit's historic bankruptcy case to tackle the financial problems of Detroit's schools, which are drowning under $3.5 billion of debt.

Along with the 13 principals, Norman Shy, owner of Allstate Sales and an approved DPS school supply vendor, was charged in U.S. District Court in Detroit in connection with the kickback scheme.

Beginning in 2002 and continuing until January 2015, it involved business with DPS worth about $2.7 million, according to the U.S. Attorney's Office in Detroit, which worked with the FBI and the Internal Revenue Service on the two-year investigation.

The principals and Shy, 74, were all charged with conspiracy to commit federal program bribery. Shy and one principal were also charged with federal income tax evasion, officials said.

All of the defendants face up to five years in prison and fines of up to $250,000 on the bribery charge, officials said.

Most of the lawyers for the principals and Shy either declined to comment or could not be reached. But Doraid Elder, the attorney for Stanley Johnson, principal at Hutchinson Elementary, said he had not seen any evidence against his client.

Johnson had donated his own money to buy things for the school district, he said.

"To say that my client would take $84,000 in kickbacks, we don't know anything at this point as far as method of payment," Elder said. "It's up to government to say, 'Hey Mr. Stanley, here is the evidence.'"

The principals, all of whom were charged separately, were alleged to have submitted fraudulent school supply invoices to DPS in return for payments from Shy in the form of cash, checks, prepaid gift cards and even bill payments.

"The actions of these individuals are reprehensible and represent a breach of the public trust," said Steven Rhodes, the judge appointed to run DPS last month.

DPS has suspended all purchasing by individual schools and will review all vendor contracts, he added.