Why Fans Love Sports: Round of 32 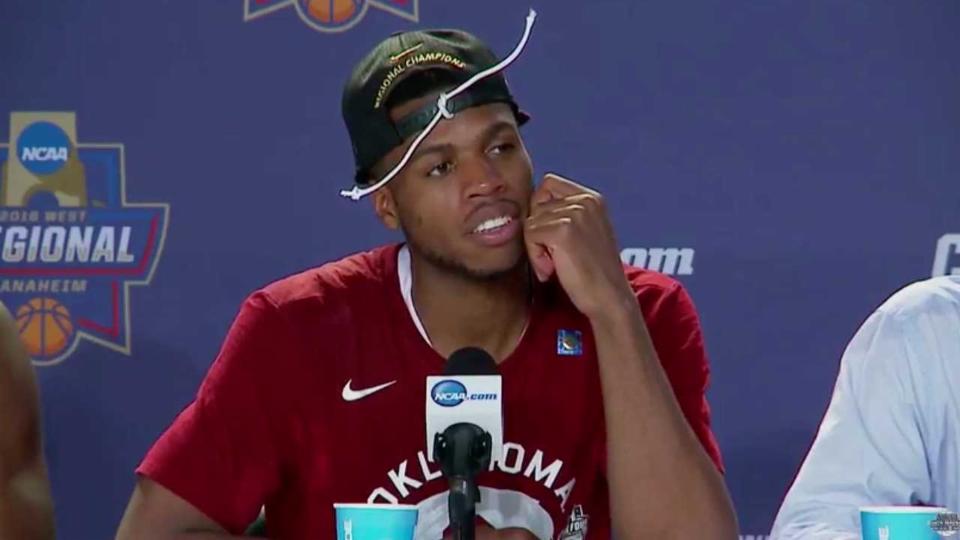 Last week, we presented you with a break from the frustration of your busted brackets, and put the power back in your hands.

Divided into athletes, moments, memes and player celebrations, we opened the voting up to our readers to determine why the average 2016 fan loves sports. And, in true March Madness fashion, there were quiet a few upsets.

SEE ALSO: Why Fans Love Sports -- Round of 64 full results

Serena Williams' epic 2015 season was overtaken by a young Tom Brady's '03 campaign, for one, but even more shockingly: The No. 1-seeded Crying MJ meme was taken down by fellow crier Wilmer Flores.

Controversially, there were two ties in the Round of 64: Shaun Alexander versus Kevin Durant, and Kobe Bryant versus Drew Brees in the Athletes region. The edge was given to the higher seed in both cases.

We now enter the Round of 32, where voting will be open through Tuesday night. The updated bracket, and today's matchups, are all down below. 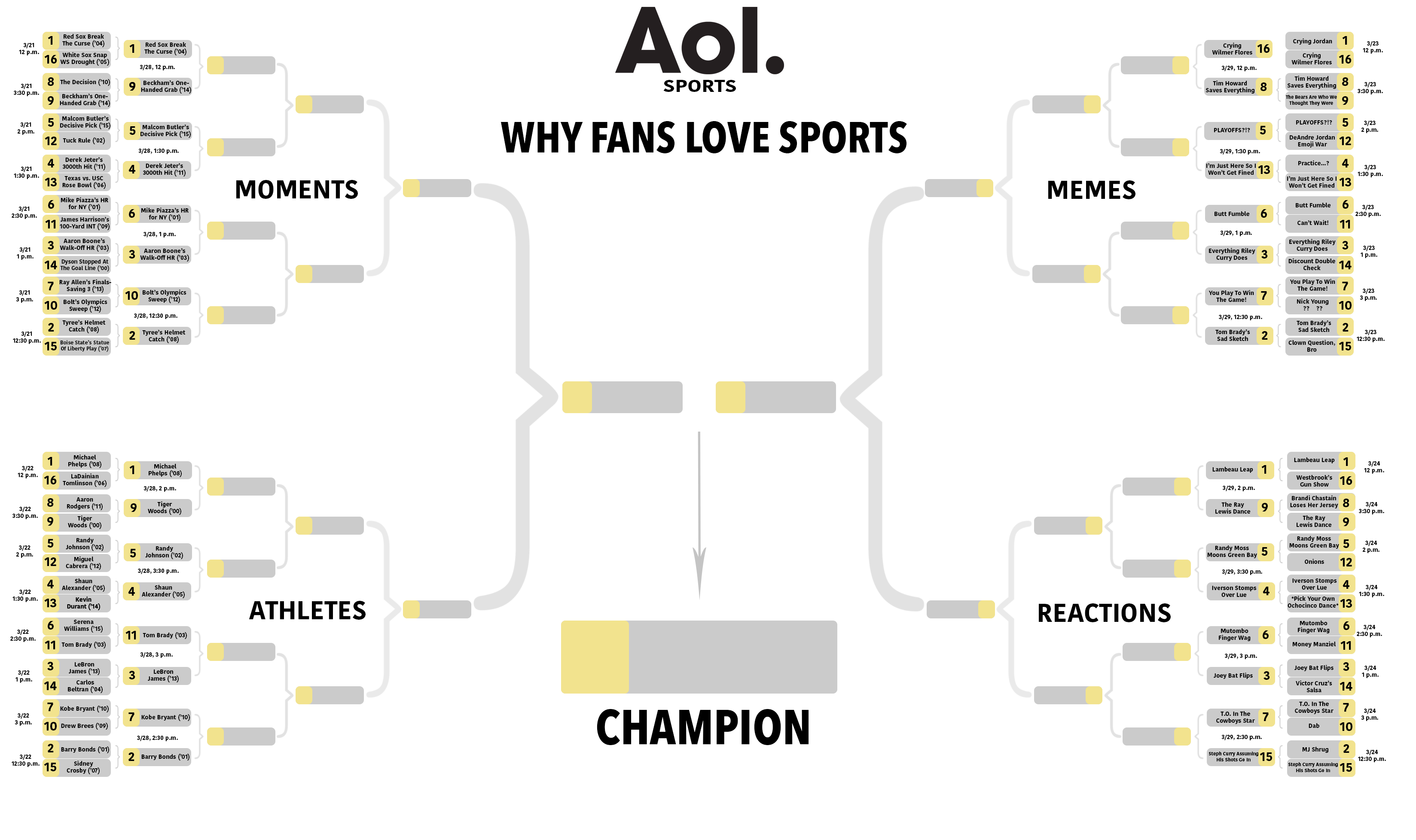 Vote on your favorite sports memes starting NOW through midnight!

Next up! What's the better sports meme?

(3) Everything Riley Curry Does vs. (6) Butt Fumble

Which meme moves on to the next round?

Last memes matchup of the day! Which one advances to the Sweet 16?

Which is the better celebration?

Steph just assuming his 3s go in? Or TO running to the Cowboy Star?

Which celebration moves on to the Sweet 16?

Last matchup before the Sweet 16:

Who had the better celebration?

Round of 32 voting is open!

The better sports moment of this decade?

Which moment was better?

Moving on in the Moments bracket... which HR was better?

Last up in the Moments region. Which one was better?

Moving on to the Athletes bracket...

Next up in the Athletes bracket…

Moving along in the Athletes region... Whose season was better?