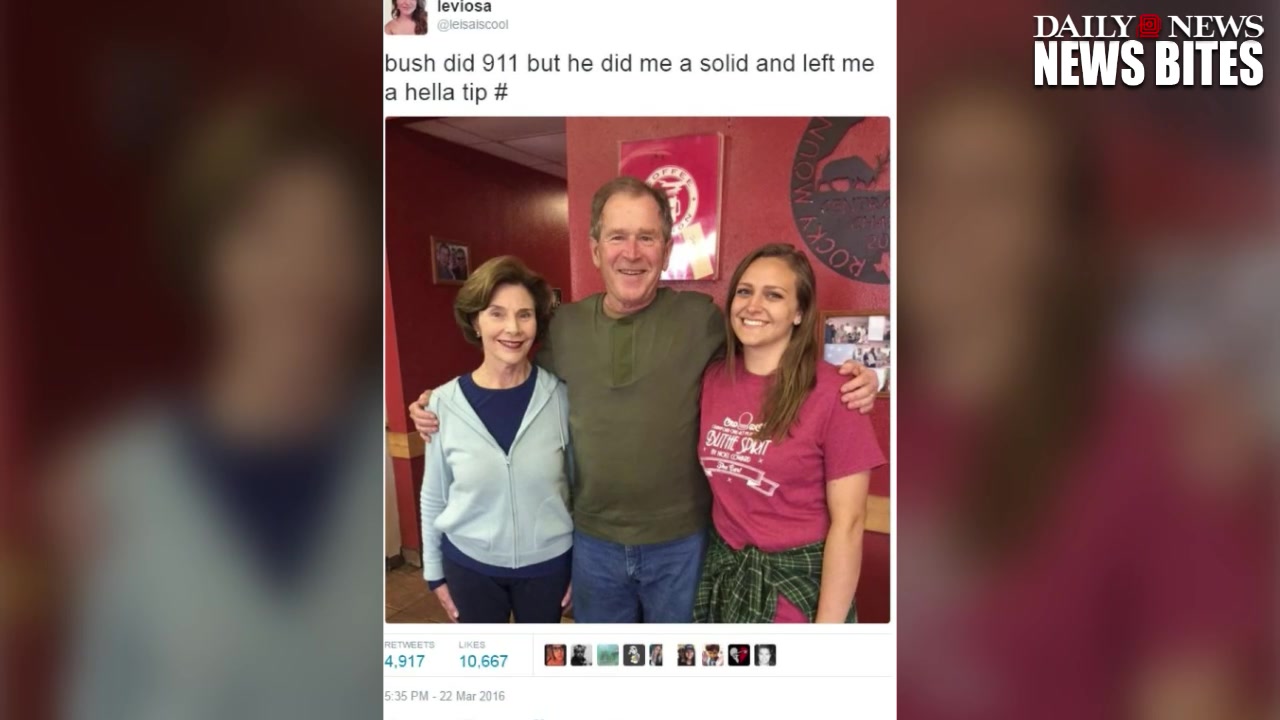 Any adult working as a server in the restaurant industry knows -- #TheStruggleIsReal. So imagine if a notable, high-profile person is seated right in your section ...

Talk about having a special guest over for dinner.

Well, the former first family's server not only documented the #blessed experience (the former president left the waitress a $40 tip on a $21.47 check) but also decided to reference the once-viral "George W. Bush 9/11" conspiracy theory -- all in one tweet.

George W. Bush ripped on Twitter in 9/11 joke by waitress he gave $40 tip, via @NYDailyNewshttps://t.co/wXlw0DG8SApic.twitter.com/9evEjgc3IY

After the post went viral, she quickly retracted her statement with this explainer:

And this folks, is another lesson that everything you put on the Internet will haunt you forever.