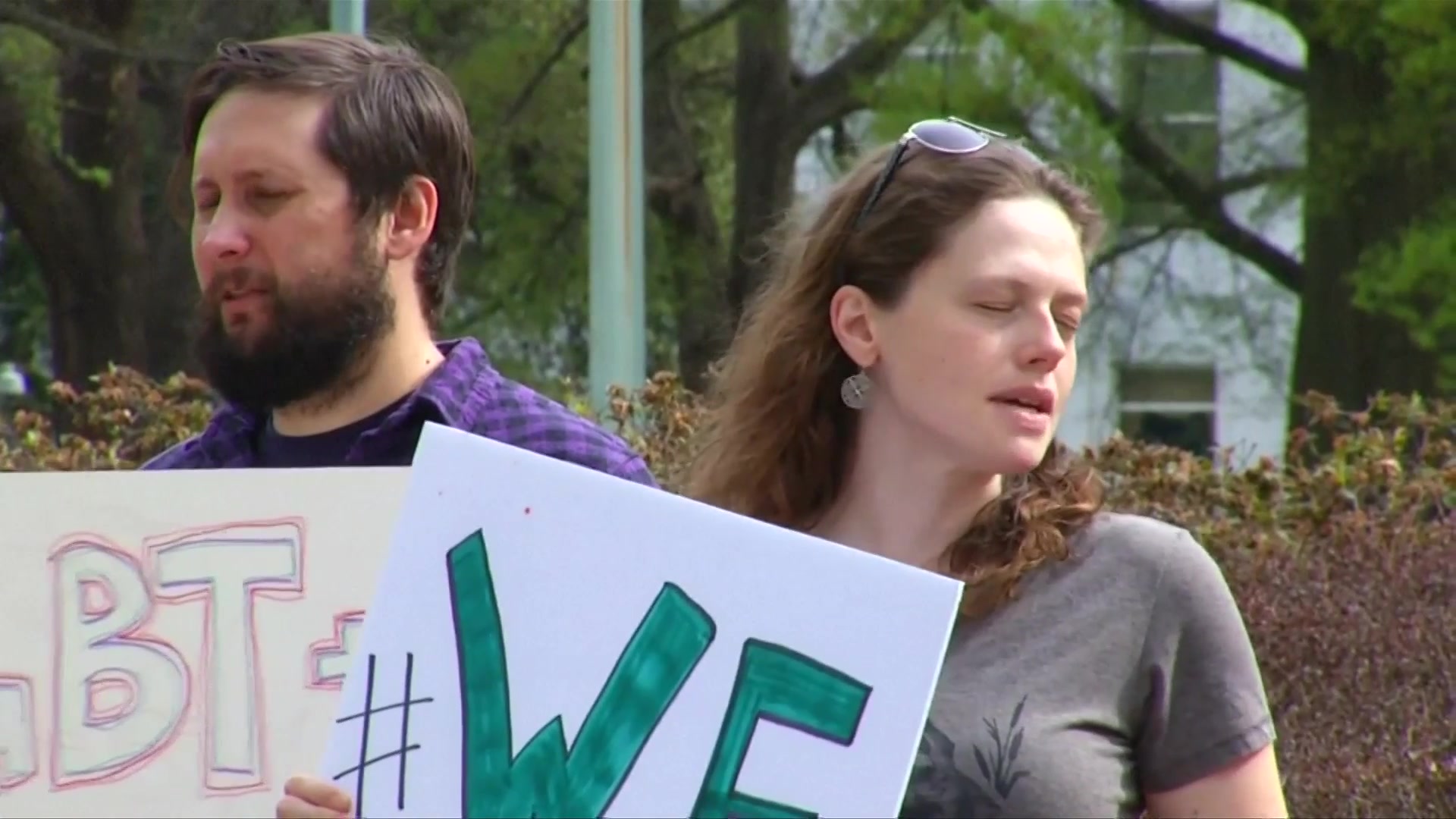 WINSTON-SALEM, N.C. (Reuters) -- Opponents of a new North Carolina law that bars transgender people from choosing bathrooms consistent with their gender identity sued the state on Monday, arguing the measure is unconstitutional and should be blocked by a federal court.

State lawmakers passed the law last week during a one-day special session called to repeal a Charlotte city ordinance that would have allowed bathroom choice based on gender identity versus sex at birth.

"By singling out LGBT people for disfavored treatment and explicitly writing discrimination against transgender people into state law, H.B. 2 violates the most basic guarantees of equal treatment and the U.S. Constitution," the lawsuit filed against the state said.

Republican Governor Pat McCrory, who is seeking re-election in November, said he signed the state measure into law because the Charlotte ordinance defied common sense.

"The basic expectation of privacy in the most personal of settings, a restroom or locker room, for each gender was violated by government overreach and intrusion by the mayor and city council of Charlotte," McCrory said last week.