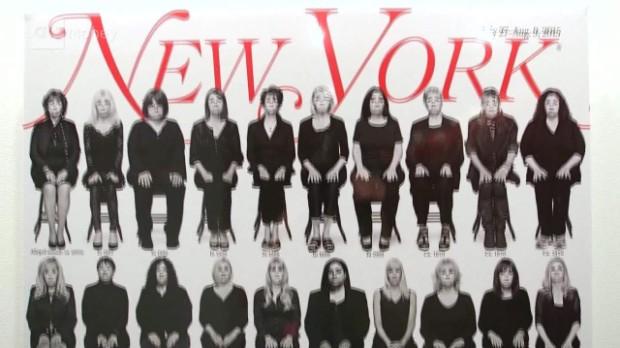 The new National Museum of African American History and Culture, slated to open in September on the National Mall in D.C., has already become the target of some ire after it was revealed that Bill Cosby's legacy in TV will be celebrated, without mentioning the numerous accusations of sexual assault leveled against him. According to the Times, the museum (which will feature more than 3,000 artifacts in African-American culture) will include "just a few objects that recognize his work as a comedian, his work on the television programs I Spy and The Cosby Show, and his support of black Hollywood stuntmen."

But there will be no reference to any of the assault allegations that came back into the public sphere in recent history. The museum's curators said they believed Cosby's achievements should be able to stand alone. Cosby survivors disagree: Beth Ferrier, who accused Cosby of assault in the mid-'80s, said since his assault survivors have been "labeled," so should Cosby. "A label is the only way I would agree to it," she said.

Lonnie G. Bunch, the museum's curator, told the Times that he understands not everyone will be happy with the decisions made about what goes into the museum and what doesn't.

RELATED GALLERY: See photos of Bill Cosby through the years