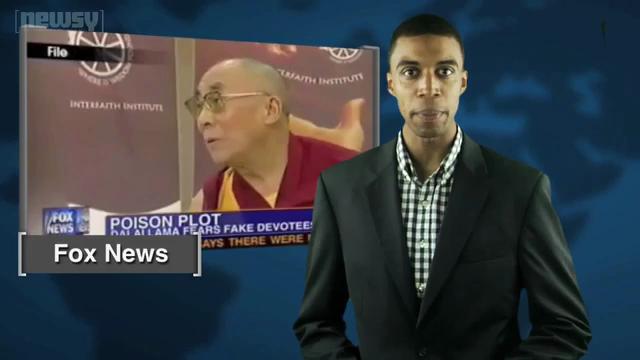 BEIJING/DHARAMSALA, India (Reuters) -- Exiled Tibetan spiritual leader the Dalai Lama is "making a fool" of Tibetan Buddhism with suggestions he may not reincarnate, or reincarnate as something inappropriate, and the faithful are not buying it, a Chinese official wrote on Monday.

The comments came as early election results put the leader of the Tibetan government-in-exile, Lobsang Sangay, on course for a second term, part of a strategy to sustain a decades-old struggle for greater autonomy for its Chinese-ruled homeland.

China says the Dalai Lama, who fled into exile in India after a failed uprising against Chinese rule in 1959, is a violent separatist. He denies espousing violence and says he only wants genuine autonomy for Tibet.

RELATED: Dalai Lama through the years

The animosity between the two sides, and their rivalry for control over Tibetan Buddhism, is at the heart of the debate about reincarnation.

Tibetan Buddhism holds that the soul of a senior lama is reincarnated in the body of a child on his death.

China says the tradition must continue and its officially atheist Communist leaders have the right to approve the Dalai Lama's successor, as a right inherited from China's emperors.

The Nobel Peace Prize-winning monk has suggested his title could end when he dies. China accuses him of betraying, and being disrespectful towards, the Tibetan religion by saying there might be no more reincarnations.

Writing in the state-run Global Times, Zhu Weiqun, chairman of the ethnic and religious affairs committee of the top advisory body to China's parliament, said the Dalai Lama had to respect tradition.

"The Dalai Lama continues to proclaim his reincarnation is a 'purely religious matter' and something only he can decide, but he has no way to compel admiration from the faithful," wrote Zhu, known for his hardline stance on Tibet.

"He's been proclaiming he'll reincarnate as a foreigner, as a bee, as a 'mischievous blond girl', or even proposing a living reincarnation or an end to reincarnation," he added.

"All of this, quite apart from making a fool of Tibetan Buddhism, is completely useless when it comes to extricating him from the difficulty of reincarnation," wrote Zhu, who was involved in the past in Beijing's failed efforts to talk to the Dalai Lama's representatives.

A senior aide to the Dalai Lama, Tenzin Taklha, said there was "no way" Tibetans would accept a successor appointed by China. "The Chinese are following an absurd agenda and we continue to reject it," he said.

In 2011, the Dalai Lama called on exiled Tibetans to nominate an elected leader, or "Sikyong," to lead the Central Tibetan Administration (CTA). Sangay was on track to win re-election with over 65 percent backing in the March 20 vote.

"I hope to do much better. Both on political terms, by holding dialog with the Chinese, and working on welfare issues in the next five years," he told Reuters.

China does not recognize the CTA, which is based in India's Himalayan town of Dharamsala and represents nearly 100,000 exiled Tibetans living in 30 countries including India, Nepal, Canada and the United States.