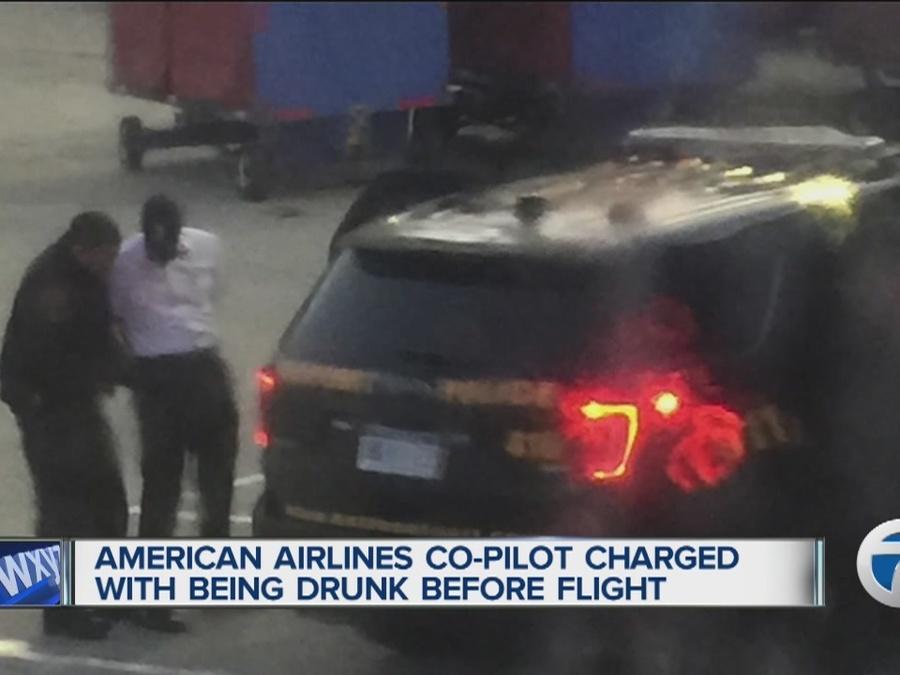 March 28 (Reuters) - An American Airlines co-pilot was charged on Monday with drinking before a weekend flight out of the Detroit Metropolitan Airport, prosecutors said.

John Maguire, 50, was in the cockpit for the Philadelphia-bound flight on Saturday morning when he was detained, Maria Miller, assistant prosecuting attorney of Wayne County, Michigan, said.

Maguire, from Pennsylvania, has not been arraigned, Miller said. He was released the day of his arrest.

Police at the Detroit airport twice had Maguire blow into a breathalyzer, and each time his readings exceeded the legal limit, airport spokesman Michael Conway said on Saturday.

The Federal Aviation Administration prohibits pilots from flying with blood alcohol content higher than .04, according to the regulator's website. The FAA said in a statement on Saturday that it was investigating the incident.

American Airlines spokeswoman Laura Nedbal said on Saturday that Maguire's flight was canceled and passengers were put on other flights.