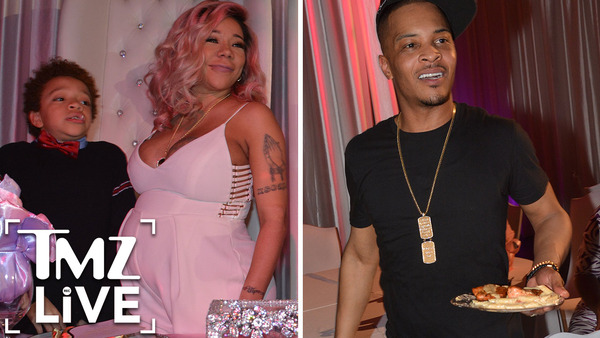 Congratulations are in order for T.I. and his wife, Tiny, who welcomed their third child into the world on Saturday, March 26.

The rapper confirmed the birth of their new baby daughter on Facebook after news began to spread online.

T.I. and Tiny Are Expecting Another Baby

"What really pisses me off is that I'm in SouthCarolina & my wife just had our baby in Georgia which is really not something anybody could help & the fact that everybody gets to announce that 'T.I. & Tiny welcomed their baby into he world' EXCEPT T.I & Tiny," the rapper wrote Saturday. "Couldn't even wait until we properly announced it but #Lucky7 is here!"

News of Tiny's pregnancy was announced in an Instagram video on Dec. 25, 2015. The couple is also parents to sons King and Major. In 2007, they had a daughter, Leyah, who was delivered stillborn.