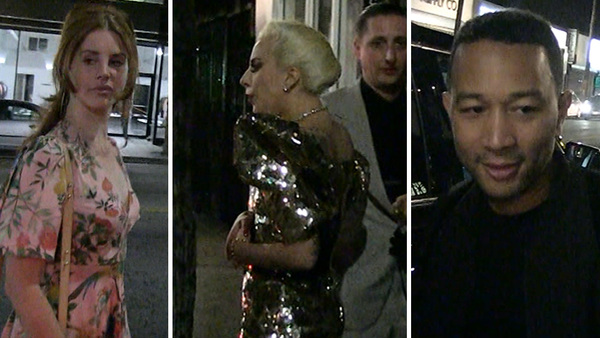 Lady Gaga celebrated her 30th birthday early over the weekend, inviting some of music's biggest names to a pre-birthday bash at a Los Angeles club Saturday night (March 26).

Gaga, along with her fiancé, Taylor Kinney, partied into the wee hours of the morning at West Hollywood's No Name Club with such stars as Taylor Swift, Lana Del Rey, Lorde, Mark Ronson, Nick Jonas, John Legend and Chrissy Teigen, Kylie Minogue and Ashlee Simpson, according to US Weekly.

The extravagant singer, who turns 30 on Monday (March 28), showed up to the bash wearing a gold-sequined Saint Laurent minidress with puffy sleeves, a large black belt and platform heels.

Lady Gaga: Kesha Is 'Being Publicly Shamed for Something That Happens in the Music Industry All the Time'

Gaga spiced things up with a performance, and was gifted a rare 1990 sketch by Michael Jackson, titled "Dancing Feet," TMZreports. It's unclear who gave her the pricey gift.

See some footage from Gaga's party above (via TMZ).