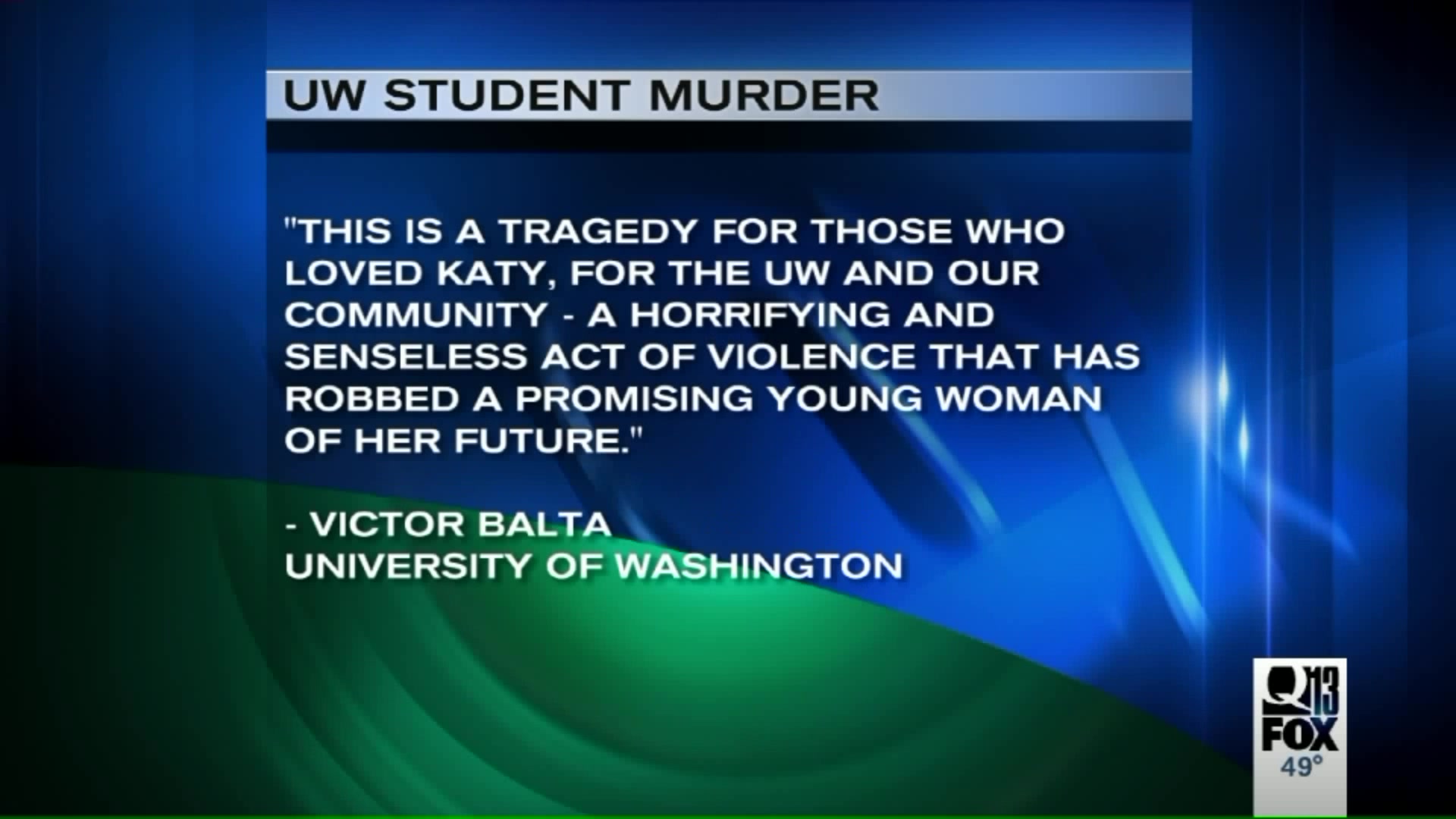 SEATTLE (KCPQ) -- A 21-year-old University of Washington student was charged with first-degree murder on Wednesday after prosecutors said he beat and strangled his girlfriend during a bad acid trip.

Casey Henderson is accused of killing Katy Straalsund, 22, Sunday afternoon at her apartment on NE 50th in Seattle. Police say he told them he grew paranoid after they'd spent the night and morning high on LSD they'd purchased on the street Saturday evening.

Charging documents show Henderson told police things "started to get weird" and that he began to believe she was "plotting against him." They say he admitted to punching her in the face and head, and to kicking her using techniques he'd used in taekwondo.

Henderson allegedly told police he strangled her with both hands while yelling "do you want to live?" He told detectives she "kept saying stop, what are you doing." Police said when they sent him to the hospital because his hand was "extremely swollen and red," and learned he'd fractured his wrist.

Henderson told police he and Straalsund had been dating for about six months.

Police said they were called in at about 2 p.m. on Sunday by a neighbor who heard a man yelling "you wanna die" and "I will kill you."

Once they got there, one of the officers reported seeing Henderson strangling Straalsund. The officer said both were naked, and that by the time they got inside he was holding her in a chokehold from behind.

Police broke it up and attempted CPR.

Straalsund died later at the hospital.

Charging documents also show that police talked to Straalsund's cousin. The cousin told them that Straalsund had recently confided that she'd learned Henderson was dating another woman, with whom he planned to move to Paris.

The cousin said Straalsund didn't consider her own relationship with Henderson serious.