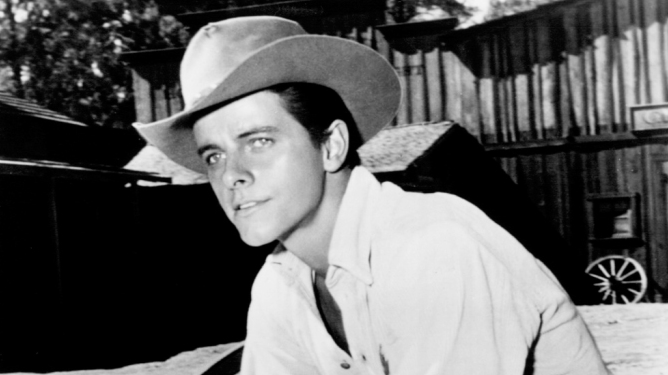 Brown played McKay on ABC's "Lawman" during the entire 1958-62 run of the series, which starred John Russell as Marshal Dan Troop. Brown was also a regular on NBC Western "Laredo," playing Chad Cooper during the series' 1965-67 run. This story of the Texas Ranger starred Neville Brand as Reese Bennett.

Brown also guested on a number of other TV Westerns, including "Maverick," "Cheyenne" and "The Virginian."

On the big screen during the period he appeared in Disney's Hayley Mills musical "Summer Magic" (1963), surfing movie "Ride the Wild Surf" (1964) and Ann-Margret vehicle "Kitten With a Whip" (1964).

During the 1970s while continuing his TV career, Brown played the villain in the 1974 blaxploitation classic "Foxy Brown," starred with William Smith in "Piranha" (1972) and starred in the horror-thriller "Act of Vengeance" (1974). He appeared in 1982 prison picture "The Concrete Jungle," starring Jill St. John, and Fred Williamson's "The Messenger" (1986).

January 9 -- Samuel Goldwyn Jr., was a famous producer and the father of "Scandal" star Tony Goldwyn.

January 10 -- Taylor Negron, was best known for his character roles in films "Fast Times at Ridgemont High" and "Stuart Little."

April 6 -- James Best, actor best known for his role in "The Dukes of Hazzard".  (Photo by CBS Photo Archive/Getty Images)

April 14 -- Percy Sledge, singer best known for the hit "When a Man Loves a Woman."

April 23 -- Sawyer Sweeten (L), actor known for his role in "Everybody Loves Raymond" and died at age 19.

May 6 -- Errol Brown, best known as the frontman for the soul and funk band Hot Chocolate. He died at age 71

July 3 -- Diana Douglas, actress and wife of actor Kirk Douglas, mother of Michael Douglas. She is known for her comedic film, "Planes, Trains and Automobiles."

July 9 -- Christian Audigier, clothing designer known for his Ed Hardy and Von Dutch lines. Audigier died at the age of 57.

July 10 -- Omar Sharif, actor known for his roles in "Doctor Zhivago" and "Lawrence of Arabia."

July 26 -- Bobbi Kristina Brown, singer, actress and television personality. She was the daughter of Whitney Houston who died in a similarly tragic circumstance in 2012. Bobbi Kristina died at the age of 22.

August 7 -- Uggie the Dog, actor best known for his role in "The Artist."

August 9 -- Frank Gifford, football player and television sports commentator. He was married to talk show host Kathie Lee Gifford and a father of 5 and died at the age of 84.

August 17 -- Yvonne Craig, dancer and actress, best known for her role as Batgirl on the "Batman" television series.

September 1 -- Dean Jones, actor known for his role of Jim Douglas in "The Love Bug" films.

September 3 -- Judy Carne, actress best known for her comedic roles on "Rowan & Martin's Laugh‑In" and "Love on a Rooftop."

September 4 -- Jean Darling, child actress known for her role in "My Gang."

November 23 -- Cynthia Robinson, trumpeter and vocalist of the band Sly and the Family Stone.

December 3 -- Scott Weiland, lead singer of the alternative rock band Stone Temple Pilots. He died at the age of 48.

December 4 -- Robert Loggia, actor known for Jagged Edge, which he was nominated for an Academy Award. He also starred in "Big" and "Scarface."

December 6 -- Holly Woodlawn, one of the first known transgender actresses. She was a muse of Andy Warhol and inspiration for Lou Reed's 'Wild Side'

He was a steady presence on television as a guest actor on series including "The Bob Newhart Show," "Wonder Woman," "Magnum, P.I.," "Dallas," "Knight Rider," "Baywatch" and "Wings."

Brown made his last screen apperance in 2005 in the feature Western "Hell to Pay."

Born Pierre Lind de Lappe in New York City, the actor and his family moved West when he was young. While in the Army, he got into acting when he organized a theater group on base in Alaska to occupy his spare time. After his discharge he studied acting at UCLA.

Brown is survived by fifth wife Kerstin, whom he met in 2008. Other survivors include his children Joshua, Matt and Christi and three grandchildren.