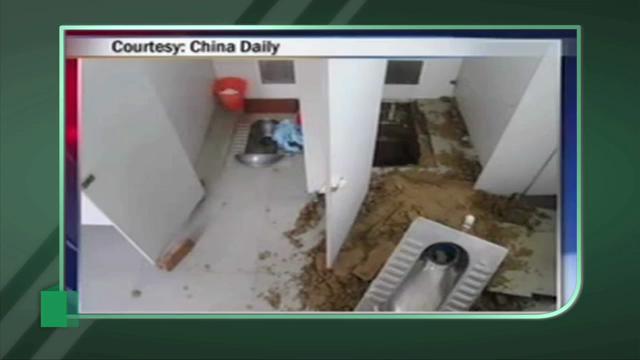 A newborn baby girl in China has survived what may be one of the most horrific ordeals in her life -- being flushed down the toilet alive.

The child was reportedly found earlier this month jammed inside of a toilet in a women's bathroom at Xinping County Hospital, in China's Yuxi City, according to the Daily Mail.

Hospital workers alerted authorities when they heard cries coming from the sewage pipes.

After three long hours rescuers were able to free the infant, who was covered in blood and sewage, by carefully taking a part the pipe with a hammer, according to reports.

Authorities believe the child's mother abandoned her after giving birth.

A criminal investigation is reportedly underway to locate the infant's biological parents.

See photos from the chilling rescue: