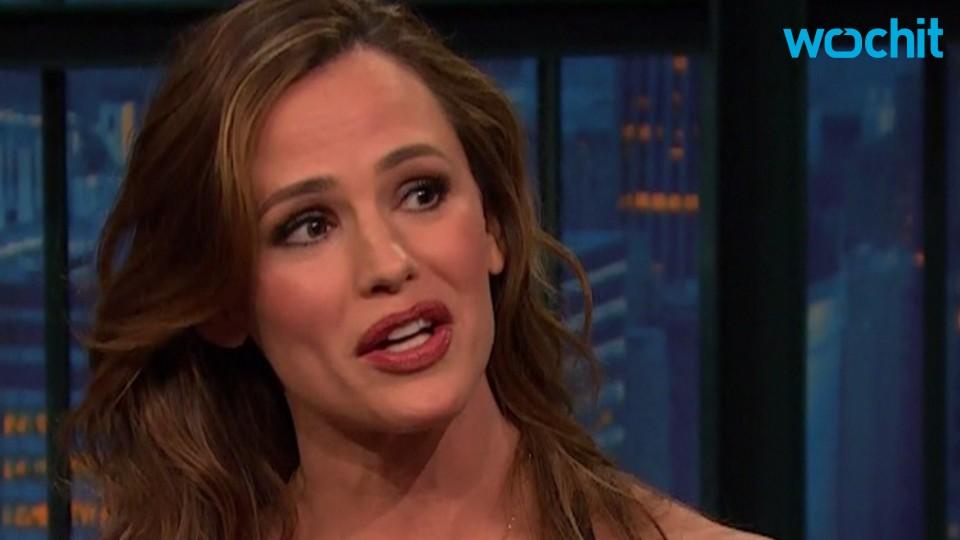 For Jenifer Garner, protecting her children from the spotlight isn't easy.

The 43-year-old actress stopped by The Dr. Oz Show on Wednesday, where she talked about her and Ben Affleck's youngest chld, Samuel, having an especially difficult time dealing with paparazzi.

Garner, in turn, had a nurturing response for her little man.

"I say, 'I can control not laughing at you' -- although he is so funny -- 'but we have to talk about the fact that they can't hurt you,'" she explained. "'They can't touch you. They're far away. We can't make them go away. We just have to live our lives, son, and do the best we can.'"

Ben and Jen through the years:

13 PHOTOS
Ben and Jen through the years
See Gallery

Unfortunately, it's a problem that the famous family -- which includes Samuel's older sisters, 10-year-old Violet and 7-year-old Seraphina -- can't ever escape.

"That is just something he's gonna have to grow up with, because if we move to Timbuktu, some person in Timbuktu's gonna buy a camera and follow us around,'" Garner said.

The Miracles From Heaven star has been one of the most vocal celebrities when it comes to protecting celebrity children's privacy from paparazzi. In 2013, she spoke before a California State Assembly committee to advocate for the anti-paparazzi bill -- which imposes stricter penalties on paparazzi harassing children -- which became a law later that year.

In March 2014, Garner thanked ET for supporting the "No Kids" policy when we caught up with her on the Oscars red carpet.

"Because of you all taking the stand and saying, 'You know what, this is gross,' everyone has fallen in line and it is just going to change everything for my kids and I can't thank you enough," told ET's Nancy O'Dell. "It was so out of hand ... I told my daughter, maybe someday people might not know what she looks like. My kids were so excited to think of that because they don't want this at all, and I don't want it for them, so I'm thrilled for them."

Watch the video below to see how Garner and Affleck celebrated Samuel's fourth birthday together last month.